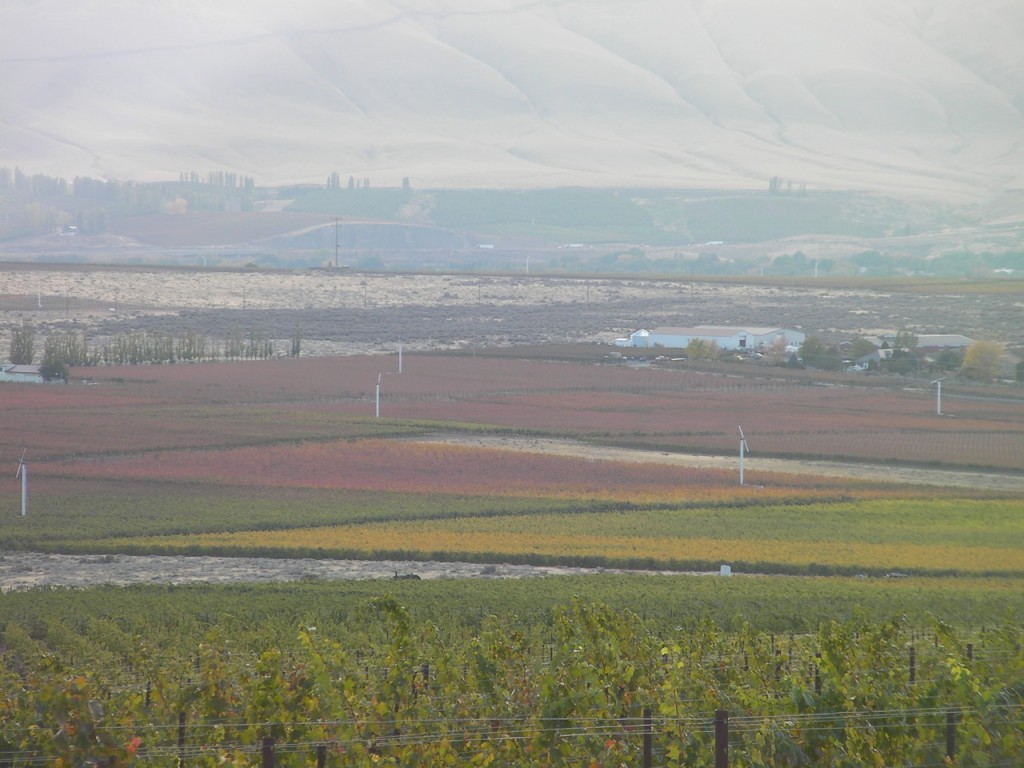 This photo, taken from near the top of Red Mountain in mid-October 2009, shows how a frost event on Oct. 10 “toasted” vineyards on the lower benches of the appellation in the eastern Yakima Valley. Vines higher on the slope were mostly spared of damage.

Chris Camarda launched Andrew Will in 1989 in Seattle, then later moved it to Vashon Island, a short ferry ride from the West Seattle neighborhood of Fauntleroy. Today, there are three wineries on Vashon.

Camarada began buying grapes from Ciel du Cheval Vineyard owner Jim Holmes in 1989, that first year Andrew Will opened, and he has built a close relationship with one of the top vineyards in the state.

This wine uses grapes from some of the oldest vines on Red Mountain – average age: 23 years. It leads with Merlot (40%), followed by Cabernet Sauvignon (35%) and Cabernet Franc (25%). Holmes delivered superb grapes in a challenging vintage that abruptly ended Oct. 10 with a historically early frost that toasted the leaves on the lower benches of Red Mountain several weeks earlier than normal.

This delicious wine opens with aromas that include dark fruit, moderate oak and bittersweet chocolate. The flavors follow with Bing cherries, ripe plums, black olives and just a whiff of smoke. Pair this superb red wine with prime rib, cured meats or a grilled steak topped with Gorgonzola.