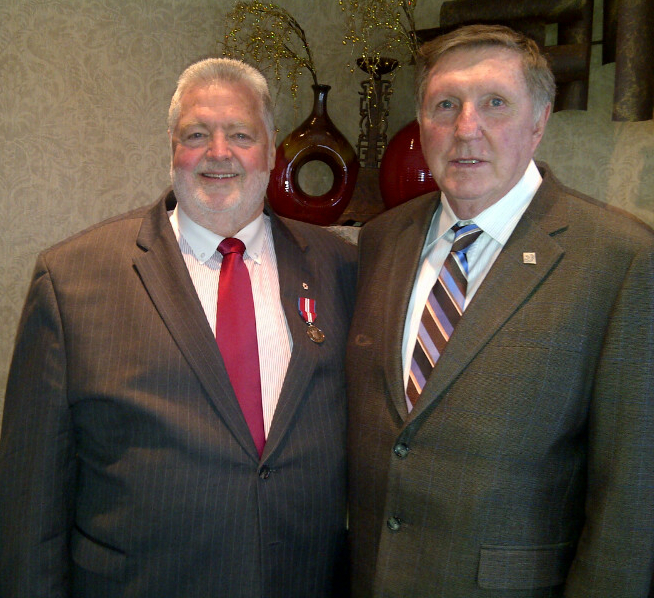 Harry McWatters poses with Bill Barisoff, British Columbia’s Speaker of the House, after the pinning of his Queen’s Diamond Jubilee Medal on Dec. 14, 2012.

“We are pleased to honour Harry for his past efforts as well as his continued contributions to his community,” Barisoff, who represents Penticton, said in a Dec. 14 news release. 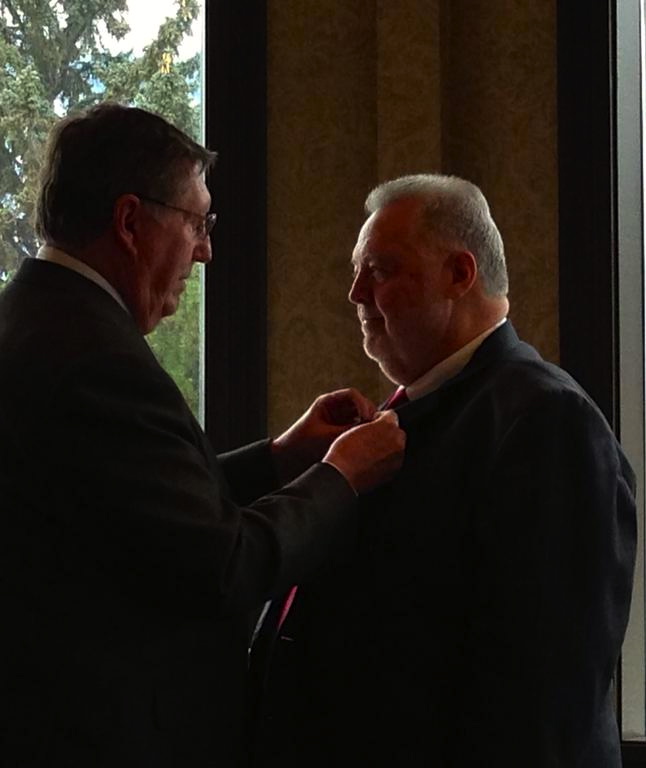 McWatters is founding chair for the B.C. Wine Institute as well as the Vintners Quality Alliance Canada, which emerged after the government-sponsored transition of 3,400 acres from hybrid vineyards to European vinifera varieties. The nexus of the pullout came from the ratification of the U.S./Canada Free Trade Agreement in 1988. Since then, the province has grown from 14 to more than 200 wineries.

In 1980, McWatters founded Sumac Ridge Estate Winery in Summerland, helped develop the Black Sage Bench into what many view as the province’s most important vineyard site and launched what is now the Okanagan Wine Festivals Society. He also set the Pacific Northwest trend with on-premise restaurants for wineries when he established the Cellar Door Bistro at Sumac Ridge.

In 2002, he received the Queen’s Golden Jubilee Medal and is a recipient of the Order of British Columbia.