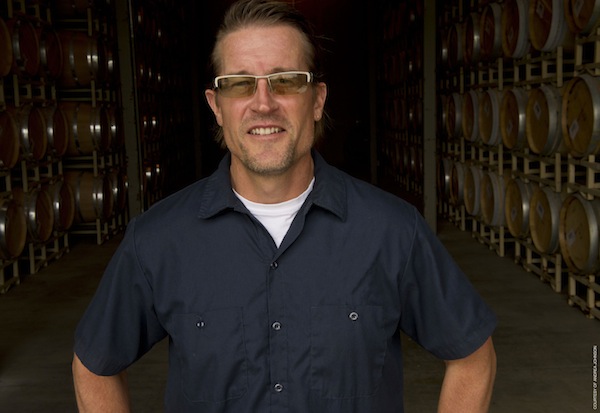 WALLA WALL, Wash. — Winemakers often will smirk and say, “It takes a lot of beer to make good wine.” In the case of David “Merf” Merfeld, he was helping to make a lot of good beer for Ste. Michelle Wine Estates before he started making great wine for Northstar Winery — its premier Merlot brand.

“I would probably be making beer if I wasn’t making wine,” Merfeld said.

Merfeld grew up on an Iowa farm before following a friend to Seattle, where he became enchanted by the emerging craft beer environment. So Merfeld attended the beermaking program – not winemaking – at the University of California-Davis, then received more instruction at the American Brewer’s Guild in Woodland, Calif.

Armed with that knowledge, Merfeld returned to Washington and worked his way up the ranks at historic Grant’s Brewery Pub in Yakima, which Stimson Lane (now Ste. Michelle Wine Estates), had purchased in 1995. Grant’s long had been a watering hole for Ste. Michelle winemakers and staff, and Merfeld’s regular customers included Gordon Hill, winemaker for Northstar, and the late Glenn Coogan, then VP of operations for Ste. Michelle.

Ste. Michelle launched the Merlot-focused Northstar with the 1994 vintage, and it was looking for someone with Merfeld’s personality and fermentation background.

“That’s my story. Gordie Hill and Glenn Coogan approached me and asked if I wanted to start making wine,” Merfeld said.

So in 2001, Merfeld worked his first crush for Northstar, assisting Hill and famed Napa consultant Jed Steele. It was a short commute for Merfeld because those wines were being made in the Yakima Valley. A year later, Ste. Michelle built a permanent home in Walla Walla, and Merfeld took over as head winemaker at Northstar in 2005. 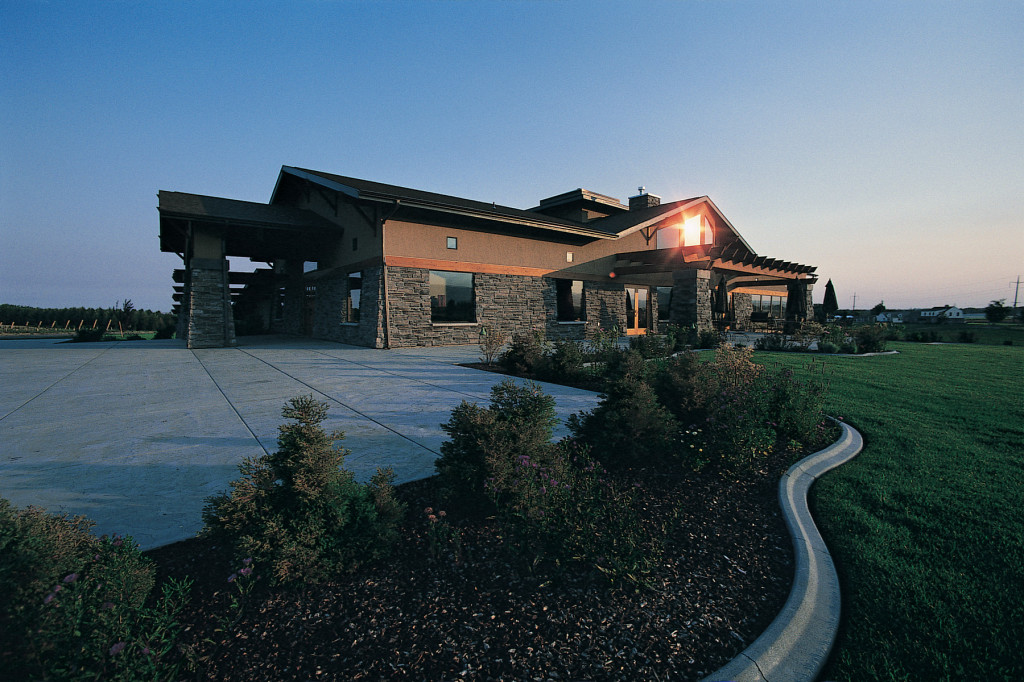 As a winemaker, Merfeld has curtailed his beermaking affinity for playing with a wide variety of yeasts. But when Ste. Michelle bought him a state-of-the-art Vaucher Beguet Mistral sorting system in 2007, more doors opened up.

“I love it,” Merfeld said. “The Mistral definitely cleans up the wine and pulls out the MOG (material other than grapes) along with some things like shot berries and jacks. Another byproduct is that we’re able to do more whole-berry fermentation because of that sorting table. I’m doing 40 to 60 percent whole-berry fermentations, which dramatically softens the wines, as well.”

In future vintages, look for Anna Marie Vineyard in Walla Walla and Beverly Vineyard, just north of Mattawa, Wash., along the Columbia River, to take even larger roles.

“Walla Walla has been a work in progress because there’s not a lot of acres of Merlot planted, but Anna Marie is an amazing site that has the best of both worlds,” he said. “It combines the strength of tannin and the acidity you get out of the Columbia Valley, but it’s got the finesse and elegance from Walla Walla. More importantly, it doesn’t freeze out. It hasn’t frozen out in 10 years. It’s at about 1,100 feet elevation, right next to Seven Hills. There’s a lot of planting going on there, some of it by (retired NFL star) Drew Bledsoe.”

And it doesn’t take much to get Merfeld to gush about Beverly.

“I love Beverly, and I get a lot of fruit in from there,” he said. “It’s north of Sentinel Gap, and it’s in sand dunes,” he said. “It’s nothing but sand, and nothing grows between the vines. And I really like the slope angle of it.”

He continues to embrace the fruit from nearby Stone Tree Vineyard on the Wahluke Slope, as well as Klipsun and Shaw on Red Mountain, Horse Heaven Hills sites Coyote Canyon and Horse Heaven Ranch, and four other sites in the Walla Walla Valley.

“We have a core set of vineyards we source from, and we’ve developed a style, so we don’t want to change it too much, but I’m always looking at new sites.”

Merfeld pointed out that he’s backed off his use of French oak.

“Cost has never been an issue, and the wines used to be 75 percent new oak,” Merfeld said. “I love oak, but the wines weren’t as balanced, and you couldn’t get a sense for the vineyard. Now, we’re at 50-60 percent new oak. You are picking up more subtleties.”

This fall, Merfeld celebrated his 2009 Premier, a 190-case lot of 100 percent Merlot, which is the debut bottling from a project that Ste. Michelle dubbed, “The Big Dipper Chronicles.” Lots from several vineyards throughout the Columbia Valley were in the running, but the 2009 Premier is all off Cold Creek Vineyard, a historic estate site chosen by the late Walter Clore for Ste. Michelle.

One side of Merfeld regrets sacrificing some of the bold structure that’s come to be associated with Washington-grown Merlot.

“It’s sad to leave some of that tannin and color, but we’ve got to make the wine palatable,” he said. “You need tannin to balance the alcohol and the acidity, it’s a food-friendly triangle between those three.”

Tannin also is critical to the aging process, and one of his most defining experiences stems from a tasting group that included winemaking peers.

“We were doing a brown bagging session, and there was a 1983 Cold Creek Cab (from Chateau Ste. Michelle) that blew everyone away,” Merfeld said. “It still had the color and all the fruit.”

He gathered as much of the technical info as possible and used those figures as benchmarks for his own Big Dipper project. He also fashioned a concrete fermenter to play a role.

“My goal was to create a wine that had more acidity in it and was balanced with alcohol,” Merfeld said. “And 20 to 30 years from now, I’ll be in my rockin’ chair still enjoying it.”

Perhaps “The Big Dipper” project should have began with the 2008 vintage because of the remarkable job Merfeld did with Northstar’s mainstream Merlot bottlings from the Columbia Valley and Walla Walla appellations.

Both the Columbia Valley and Walla Walla Valley releases define the term “mellow Merlot,” as the structure of both can be described as silky.

“I really enjoy those wines,” Merfeld said. “I remember 2008 started off as a cool vintage but ripened as usual, and those wines are consistent with what we’ve been making. We’ve made some slight changes, especially in the Walla Walla (Merlot). As I mentioned, they are seeing a little less new oak, and there’s definitely a softening of the tannins over the previous vintages.”

Removing tannin through chemistry is one of fascinating tools that Merfeld has developed at Northstar. Last summer, he saw his enologist, Noah Fox Reed, land the head winemaking job with Watermill Winery – Wine Press Northwest’s 2011 Oregon Winery to Watch – in nearby Milton-Freewater. The Brown family, which owns Watermill, first planted Anna Marie Vineyard in 2001 — five years prior to Fox Reed arriving at Northstar.

Merfeld, a family man rarely seen without his signature sports eyewear, has created a life in Walla Walla that also affords him the opportunity to pursue the game of golf and develop as an endurance athlete. Staying active helps him stay close to his first professional passion – beer.

“The No. 1 beer I’m drinking is Black Butte Porter, but I love all beer,” Merfeld said. “I’m fortunate that I travel to the East Coast a fair bit, and I still have a lot of friends in the beer industry.”

Outstanding! The opulence of this Merlot – from Anna Marie and Spring Valley vineyards – opens with barrel tones of roasted coffee and tar, strong indicators of the deployment of French oak program with 60% new barrels. And yet, there’s plenty of fruit to support that with dark black cherry and blueberry aromas. There’s delicious balance to the drink of the black cherry and blackberry, with a bit of the seed to add some late grip of tannin. Its structure is long, rich, juicy and lovely. The barrel program and blending breakdown is nearly identical to the much larger Columbia Valley release, as added texture comes from Cabernet Sauvignon (14%) from Anna Marie as well as Petit Verdot (4%) from Stone Tree Vineyard on the Wahluke Slope. (14.7%, 1,100 cases)