CLOVERDALE, Calif. – A head cold forced Co Dinn out of the office Friday morning, but the director of winemaker for Hogue Cellars in Prosser, Wash., felt a bit better when he learned his 2011 Riesling earned best of class at the San Francisco Chronicle Wine Competition. 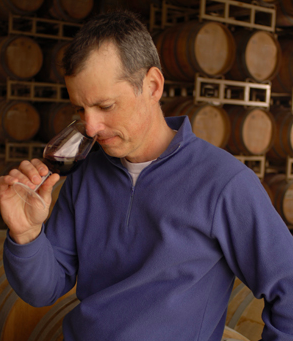 Co Dinn is the director of winemaking for Hogue Cellars in Prosser, Wash.

“I feel that the accolades we are seeing confirm again what we know about the quality of our grapes and growers,” Dinn said. “I also feel that as competition gets better and better, we at Hogue continue to raise our winemaking game, as well.”

This lot went into bottle at 2.2 percent residual sugar. At 49,276 cases, it was one of the state’s larger productions, and the Riesling program is something that Hogue Cellars takes quite seriously.

Hogue Cellars 2011 Riesling from the Columbia Valley won best of class for Riesling with greater than 1.5% residual sugar at the 2013 San Francisco Chronicle Wine Competition.

Norton became a free agent when Gallo purchased Columbia Winery from Ascentia Wine Estates, and Dinn said he was thrilled to be able to add such a proven and talented winemaker to his team last summer. The Columbia Winery Cellarmaster’s Riesling long has been a Northwest favorite since the late David Lake embraced that profile of that off-dry Riesling.

“Suffice to say that with the changes, we have been very proactive about a team approach over the last few years, and having winemakers like Bryan and Kerry working with the old guard here at Hogue has brought fresh insights to blend with a tradition of Hogue Riesling that goes back to our founding in 1982.”