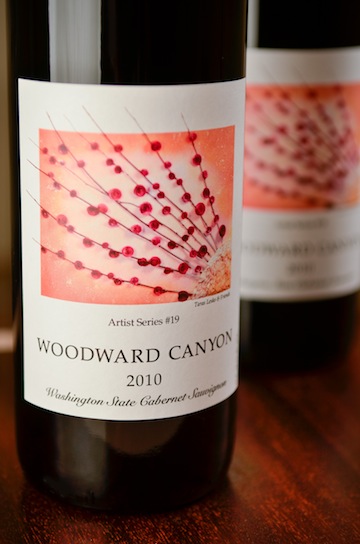 LOWDEN, Wash. – One of Washington’s oldest and most highly acclaimed wineries is giving back.

The auction benefits Children’s Hospital in Seattle, and this particular artwork, which features 65 handmade paper roses, is dedicated to those who live with cystic fibrosis. The artwork was created in part by the Cramer family, whose children Christalin and Josiah have cystic fibrosis.

Part of the proceeds from this wine, which retails for $54, will be donated back to Children’s Hospital to support children with cystic fibrosis.

Woodward Canyon Winery was started in 1981 and is the second-oldest winery in the Walla Walla Valley. Founder Rick Small is best known for his suave Cabernet Sauvignons, of which he makes no fewer than four now with winemaker Kevin Mott.

Woodward Canyon’s Cabs also are some of the most cellar-worthy in Washington.