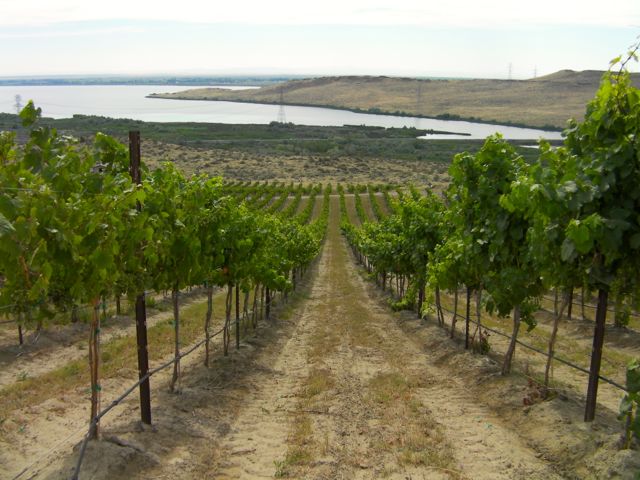 In the past decade, the Horse Heaven Hills AVA has emerged as one of the top grape-growing regions in Washington.

The Horse Heaven Hills, approved as an American Viticultural Area in 2005, has even emerged from Red Mountain‘s shadow as a top area for red wine grapes, particularly Cabernet Sauvignon.

Leading the way is the Mercer family, which long ago recognized the Horse Heaven Hills’ future and established what arguably is the state’s top vineyard.

In 1972, the longtime agricultural family planted the first grapes in the Horse Heaven Hills at Mercer Ranch Vineyards, which later became Champoux Vineyards, now more than 170 acres in size.

Don Mercer even launched a winery at the site, in an area that is still considered remote by any standards. (The winery is now the home of the Champoux family and also serves as the Chateau Champoux tasting room.) 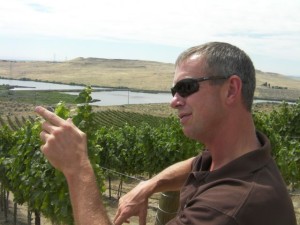 Today, Don Mercer’s nephew, Rob, runs Mercer Estates Winery in Prosser and oversees much of the family farming operation that began in 1886, three years before Washington became a state.
In 2005, Mercer began planting in a bowl-shaped area just above the Columbia River in the southern Horse Heaven Hills. He called it Spice Cabinet.

“It’s a pretty unique spot,” he said. “Steep slopes, really warm area because most of it is south-facing and right on the river’s edge. We call it Spice Cabinet because we have a lot of different varieties that we’re playing with.”

It is 18 acres in size with well-draining sandy soil and was planted with Grenache, Syrah, Petite Sirah, Petit Verdot, Sangiovese, Mourvedre, Malbec and Cabernet Sauvignon. Mercer has now planted more Grenache, as well as Counoise, Cinsault, Carignan and a different clone of Syrah, all of which will be in production for the 2013 harvest.

Vineyard-designated wines from Spice Cabinet have been uniformly superb. In 2011, we tasted the first wines from the vineyard, all from the 2008 vintage made by then-winemaker David Forsyth. They included a Malbec, Sangiovese, Petit Verdot and Mourvedre. All earned our top “Outstanding” rating and caught our attention. Last year, the 2009 Spice Cabinet Malbec topped Wine Press Northwest’s blind tasting of Northwest Malbecs – a judging that included more than 80 examples of the red Bordeaux variety.

“Part of it is we’re really focused in this vineyard with doing the right things,” Mercer said. “But part of it has to do with the terroir here. The effect from the river, the steepness of the slope and all those things really help us make great wines from here.”

Today, Mercer Estates is a 20,000-case winery in the Yakima Valley town of Prosser, headed by Jessica Munnell, a Chateau Ste. Michelle alum who is married to Columbia Crest head winemaker Juan Munoz-Oca. Munnell also owns Wautoma Springs, a small winery she began in 2008. The facility, not far from Hogue Cellars, now makes three lines: Mercer Estates, Mercer Canyons and Mercer Estates Reserve, which includes a Rhone-style blend called Ode to Brothers that pays tribute to Bud, Don and Rick Mercer, who were instrumental in developing the Horse Heaven Hills into one of the top regions in Washington.

And the best of the bunch seem to be coming from Spice Cabinet, which is quickly emerging as one of the top new vineyards in the state.