On the eve of Wine Press Northwest magazine‘s peer-judging of more than 140 entries of Cabernet Sauvignon made in the Pacific Northwest, Great Northwest Wine takes a moment to look back at some of the best Cabs our panel has tasted during the second half of 2012.

The Bordeaux grape variety long has been deemed to produce “the king of wines and the wine of kings.” Who will be crowned the top wine in this judging? Those who read below will notice that one Walla Walla winery in particular wowed our panel recently with a trio of stunning Cabs, so it will be fascinating and fun to see what happens Jan. 24 on the fourth floor of the Clover Island Inn in Kennewick, Wash.

Results of the judging will appear in the Spring 2013 issue, which will be sent to subscribers in mid-March.

Best Buy! Outstanding! The father-son tandem of Mike and Marcus Miller has turned their family vineyard and Prosser, Wash., winery into one of the Northwest’s best landing strips for value wines. The family’s marketing team only recently began to label some of its estate wines as vineyard designate, and this Runaway Cab could be mistaken for a young Bordeaux with its approach. There’s blackberry backed by cassis, vanilla, alfalfa and saddle leather in the nose. Currants and cherries lead the flavors, with pomegranate and blueberry adding abundant acidity. Hints of minerality, black olive and bittersweet chocolate tannins come together in a finish that will pair nicely with lean meats such as London broil or pork tenderloin. (1,527 cases, 14.5%)

Alexandria Nicole Cellars 2009 Destiny Ridge Vineyard Estate a2 Cabernet Sauvignon, Horse Heaven Hills, $24
Excellent: The quality of Jarrod Boyle’s wide-ranging portfolio continues, as our 2011 Washington Winery of Year succeeds with this second label. There many entry points to this wine, starting with aromas of blackberry, blueberry, NECCO wafer, milk chocolate, vanilla and oregano. Rainier cherry and red currant make the entry very juicy, followed by black tea, vanilla and marjoram. Pair this with a lean cut of beef such as marinated flank steak seasoned by thyme. The 2010 vintage recently earned a gold medal at the 2013 San Francisco Chronicle. (202 cases, 14.4%)

AntoLin Cellars 2009 Cabernet Sauvignon, Columbia Valley, $22
Excellent: Anthony Haralson, a Yakima, Wash., pharmacist, and his wife, Linda (hence AntoLin) were home winemakers for 10 years before starting their commercial winery. They’ve also established a 5-acre vineyard in the Zillah Hills. This expression of Cab is a delicious and straight-forward with a lighter style, starting with a nose of ripe Bing cherry, blueberry, violet, pink peppercorns and a hint of tar. The drink is approachable and a good introduction for someone new to the often-robust world of Cab, bringing more cherry and blueberry flavors with notes of milk chocolate and a pinch of cardamom in the finish. (130 cases, 13.7%)

Cadaretta 2008 Cabernet Sauvignon, Columbia Valley, $40
Outstanding! Brian Rudin has done a marvelous job of crafting this Cab crushed by Virginie Bourgue, the Middleton family’s first winemaker for their Walla Walla winery. Most of the fruit for this majestic wine was pulled from Heather Hill in the Walla Walla Valley, an estate vineyard for famed Abeja. It’s a classic from the start, with hints of cassis, Bing cherries, raspberry chocolate cake, pencil shavings and a pinch of savory herbs. There’s a thickness to the drink of black cherry, blackberry, Belgian chocolate, tar and Earl Grey tea, and the acidity and tannins come together with incredible balance. (3,528 cases, 14.9%)

Canoe Ridge Winery 2009 Vineyard Select Cabernet Sauvignon, Columbia Valley, $22
Outstanding! Precept took over this well-known Washington brand two years ago and reopened its downtown Walla Walla tasting room, and about half of the fruit for this comes from the Horse Heaven Hills. Boysenberry and plum aromas are joined by cherries, chocolate, coffee and graham cracker crumbs. On the palate, the theme of Rainier cherry, black currant skins, bittersweet chocolate and leather is met by fascinating sandy tannins. It’s a lighter styled and refined Cabernet Sauvignon that finishes with cola nut. (4,500 cases, 13.9%)

Delfino Vineyard 2010 Cabernet Sauvignon, Umpqua Valley, $26
Excellent. Linda Donovan, one of Southern Oregon’s top hired guns, knows how to manage tannins, shown by her Platinum-winning Tempranillo last fall. This Cabernet Sauvignon for Jim and Terri Delfino, from the same vintage, shows remarkable balance, finesse and complexity with its lighter style. The aromatics include Rainier cherry, milk chocolate, blueberry, blackberry with a pinch of leaf, cola and blood orange. It’s more of the same on the refined palate, with Bing cherry juice on the back end. (219 cases, 13.1%)

Dusted Valley Vintners 2009 Cabernet Sauvignon, Walla Walla Valley, $35
Excellent: The Dusted Valley estate program encompasses not only vineyards — including its own Sconni Block — but also a barrel program featuring Wisconsin oak that was milled in Minnesota and finished in California. That influence shows in the nose, where blackberry, red strawberry and marjoram aromas are backed by cola, coffee, vanilla bean, graphite and leather. Smooth flavors focus on cherries and plums, backed by mouth-filling fine-grained tannin. (860 cases, 14.7%)

Dusted Valley Vintners 2009 V.R. Special Cabernet Sauvignon, Walla Walla Valley, $53
Excellent: Grandpa Vernon Rhodes baked some rather special chocolate chip cookies in his day, and the 2006 vintage of this wine topped a Wine Press Northwest judging of Northwest Cabs. Black cherry, Aussie black licorice and cola nut tones highlight this robust and assertive drink. Look for this in wine shops, not the DVV tasting room, because it is sold out. (200 cases, 15.3%) 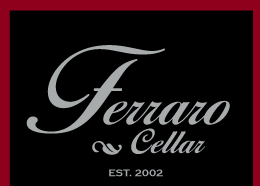 Ferraro Cellar 2009 Phinny Hill Vineyard Cabernet Sauvignon, Columbia Valley, $30
Outstanding! Dick Ferraro lives in Oregon’s Willamette Valley, yet he works with small lots chosen from some of the choicest sites in Washington for his favorite varieties. Dick Beightol’s remarkable vineyard in the Horse Heaven Hills allows for aromas of Craisins, boysenberry, plum, cola, caramel and Ovaltine. The drink is nicely textured and akin to black cherry milkshake, supported by more plums, coffee, saddle leather and anise. And it’s topped by the elegant Vino-Lok, the glass stopper that’s a collaboration of Alcoa and DuPont. (65 cases, 14.7%)

Gifford Hirlinger 2008 Estate Cabernet Sauvignon, Walla Walla Valley, $24
Recommended. There’s a long life ahead for this Cab, in part because of the influence of Tempranillo (6%) and Petit Verdot (6%). It comes with accents of black cherry, blueberry, elderberry, lime juice, thyme, slate and chocolate that stand up to the bold tannins and assertive acidity. (394 cases, 13.9%)

L’Ecole No. 41 2009 Cabernet Sauvignon, Columbia Valley, $32
Excellent: An all-star lineup of Eastern Washington vineyards — including Bacchus, Dionysus, Klipsun and Stone Tree — helped owner Marty Clubb’s team produce a wine focused on cherries, chocolate and tobacco from front to back. Sandy tannins create a pleasant texture, with hints of blackberry liqueur and tar in the finish. (4,210 cases, 14.5%)

Martinez & Martinez 2009 Cabernet Sauvignon, Horse Heaven Hills, $30
Recommended: Fruit from some of the oldest vines in the Horse Heaven Hills, some expressive oak and bright acidity make for a wine that’s worthy now of the dining table. There’s a hint of Campari, black licorice, horehound and cedar in the nose, and the flavors follow through with more horehound, licorice and red cherry, capped with Marionberry and loganberry. It captured a gold medal at the 2012 Tri-Cities Wine Festival. (75 cases, 14%)

Saviah Cellars 2009 Cabernet Sauvignon, Walla Walla Valley, $28
Outstanding! Anna Marie Vineyard, a favorite of Northstar Winery, and McClellan Estate Vineyard both are farmed by the Brown family of Watermill Winery. Richard Funk made the first award-winning wines for the Browns, and he still gets to work with those sites for this large-production Cab that’s among Walla Walla’s best from that vintage. Cassis, bittersweet chocolate, vanilla extract, black olive and moist earth fill the nose. The fruit turns into black currant on the palate with juicy acidity, backed by Baker’s chocolate and black licorice in the mildly chewy finish. (1,200 cases, 14.3%) 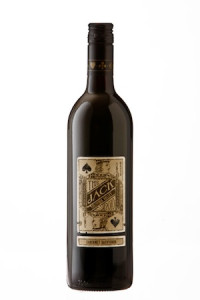 Saviah Cellars 2010 The Jack Cabernet Sauvignon, Columbia Valley, $18
Outstanding! There’s a lot of Walla Walla influence in this widely available Cab, starting with vineyard contributions from Pepper Bridge and Seven Hills, while the use of 40 percent new American oak also gives it that expensive feel. However, Richard Funk offers it at a bargain price. The nose is ebullient with notes of toast and roasted coffee, supported with jammy tones of blackberry, blueberry and Van cherry. It’s even darker on the palate, led by chocolate, black cherry and blackberry. The blueberry acidity makes it both rich and juicy, and the tannins are tucked way in the back. (3,000 cases, 14.1%) 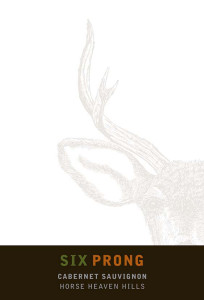 Six Prong 2008 Cabernet Sauvignon, Horse Heaven Hills, $20
Outstanding! Precept Wine controls nearly 2,000 acres of vineyards in the Horse Heaven Hills, and Alder Ridge is the largest of the holdings at 800 acres. Although not labeled as such, this wine could be a vineyard designate, and the wind-swept site produced a wine with a rich nose of black cherry, huckleberry, dark chocolate, vanilla and minerality. On the palate, it comes off as a low-oak, high-acid and fruit-forward Cab with flavors of red currant and pie cherry filling. The tannins are properly managed, and the farewell is one of vanilla and dark chocolate. (1,460 cases, 14.2%)

Vale Wine Co. 2009 Cabernet Sauvignon, Snake River Valley, $22
Outstanding! Global climate change? Well, two Cabernet Sauvignons from the Snake River Valley earned Platinums from Wine Press Northwest in 2012, and John Danielson’s could rival those. He didn’t go light on the oak, which shows in the nose with hints of a caramel macchiato and black cherry. Remarkably, the drink carries a consistency of a black cherry milkshake. It’s dark and delicious, overflowing with complexity and tremendous balance. That fruit runs beyond the finish of black olive and chocolate. It is sold out at the winery, but there may be some available at retailers. (112 cases, 14.8%)