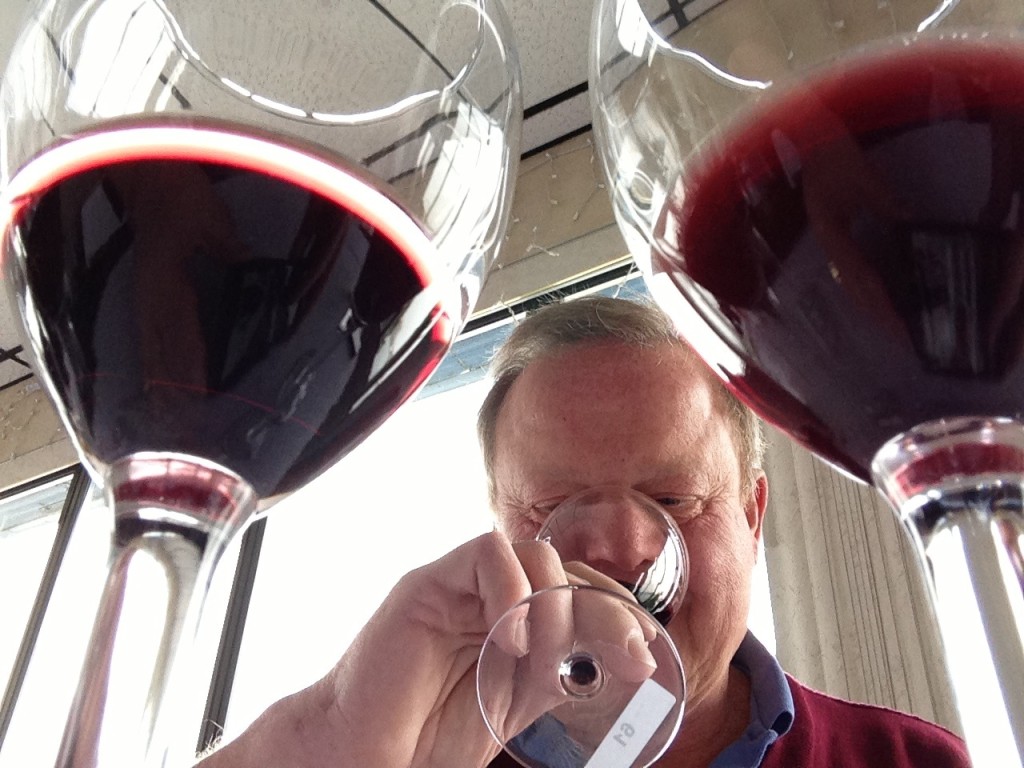 Coke Roth, an international wine judge, participates in Wine Press Northwest’s judging of 140 Cabernet Sauvignons from Washington, Oregon and Idaho. The results of the judging will be in the Spring 2013 issue of the magazine, which comes out in mid-March.

These Cabernet Sauvignons were from Washington, Oregon and Idaho and ranged from $8 to $85 per bottle, so we got to see a real range of red wines.

How do we judge 140 wines in the space of six hours? First of all, we have two panels of four judges each, so each panel saw 70 wines. That still seems like a lot of wine, but it’s no more than a solid day of work for most professional-grade judges (in fact, we typically will judge 125 or more at most national competitions).

Cabernet Sauvignon by the numbers

While we cannot reveal the top wines until the magazine comes out, we do have a number of observations, including:

How we tasted these Cabernet Sauvignons

We taste all wines blind. This means:

Additionally, we decant each red wine, which we have found gives each wine the best opportunity to shine.

Look for results in the Spring issue of Wine Press Northwest. We’ll also have more to write about some of these Cabernet Sauvignons at that time.