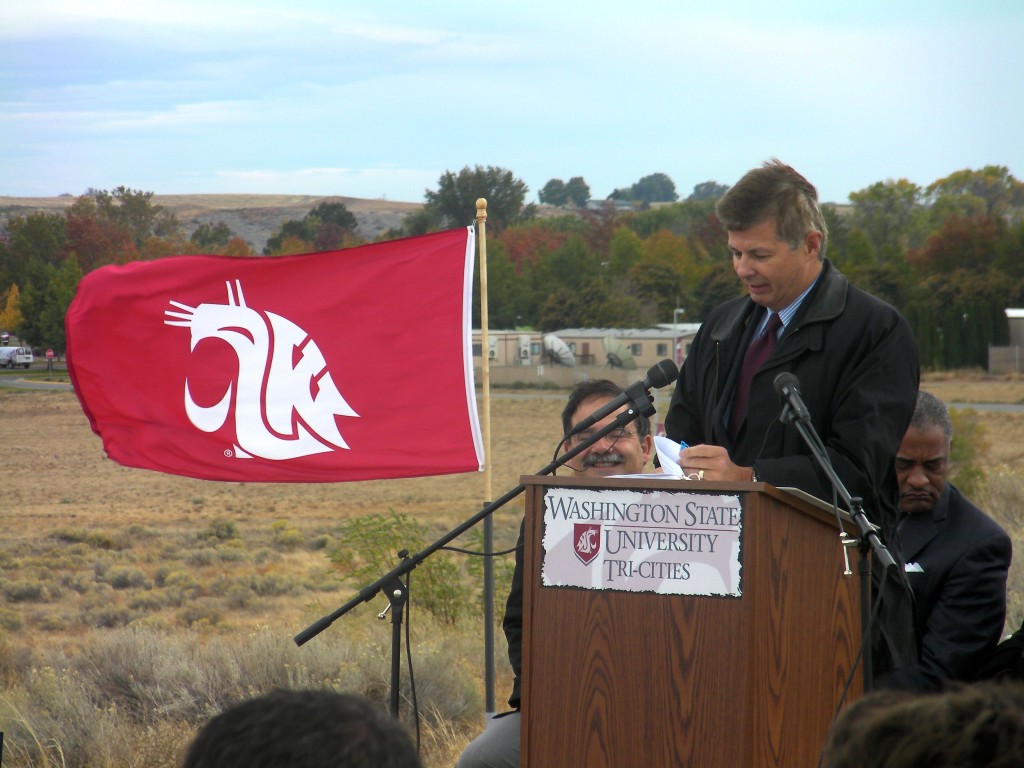 Ted Baseler, CEO of Ste. Michelle Wine Estates, talks to a crowd of 120 on a blustery October day during the dedication of the WSU Wine Science Center location in Richland. (Photo by Andy Perdue/Great Northwest Wine)

The three finalists are:

Construction is expected to begin this fall and be completed in time for the fall 2014 harvest. The building will have labs, classroom space and a working winery. Total cost of construction and outfitting will cost more than $23 million. So far, more than $17 million has been raised, the largest part coming from the state’s winemakers and grape growers, who pledged $7.4 million.

About $4 million more is needed by June to begin construction in the fall.

WSU’s involvement in the Washington wine industry dates back to the 1930s, when Walter Clore arrived at Washington State College’s agriculture research center north of the Yakima Valley town of Prosser. Clore, known as “the father of Washington wine,” promoted the extended planting of wine grapes throughout the Columbia Valley in the 1950s, ’60s and ’70s.

After retiring in 1976, Clore became a consultant and is responsible for guiding Chateau Ste. Michelle to plant its highly successful estate vineyards at Cold Creek and Canoe Ridge. 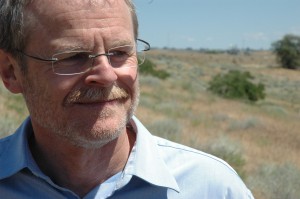 Thomas Henick-Kling stands where the WSU Wine Science Center will be built in Richland, Wash.

Today, the university’s viticulture and enology program is led by Thomas Henick-Kling, who arrived from Australia in 2009. The V&E program has more than 30 faculty members in Richland, Pullman and Prosser and offers bachelor’s and master’s degrees. Building the Wine Science Center will help raise Washington’s profile as a world-class wine-growing region, said Ted Baseler, CEO of Ste. Michelle Wine Estates and chairman of the fundraising committee for the Wine Science Center.