CALDWELL, Idaho — Precept winemaker Maurine Johnson, who has been part of the Idaho wine industry since arriving at Ste. Chapelle Winery in 1987, is not too worried about the extended cold blast in the Snake River Valley last month.

Single-digit temperatures were recorded during a two-week stretch in Idaho’s key growing area for wine grapes. However, a variety of factors worked in the industry’s favor, particularly at Skyline Vineyard — the state’s largest planting and controlled Seattle-based Precept Wine. 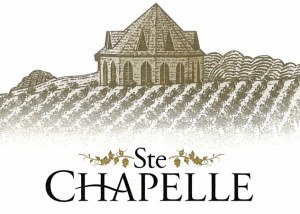 Precept communications director Heidi Witherspoon said Dale Jeffers of Winemakers LLC, which operates Precept’s vineyards for the Baty family, has not detected any damage in tests on cuttings in the immediate wake of the cold spell.

“Keeping in mind with 20 to 25 cuttings per block and eight to 10 buds per cutting, it is certainly a small percentage of buds that are out there,” Witherspoon said. “Dale is holding reservation, but overall, the crop is still quite promising.”

She added, “When spring hits, if anything is damaged, it’ll likely be older plantings that may have already been susceptible and ready for a swap out.”

Krista Shellie, a USDA researcher based in Parma, is conducting a long-term study of more than a dozen warm-climate red varieties and Grüner Veltliner at Sawtooth Vineyard, also held by Precept. Her team reported no damage in any of those cuttings, Witherspoon said.

Sawtooth (70 acres) and adjacent Skyline (400 acres) are among the valley’s highest sites at 2,700 feet in elevation, and they did not reach the minus-10 temperatures charted in other areas last month. Johnson also pointed out the timing of the cold spell took place at a less-threatening time of year.

“It’s relatively late in the winter,” Johnson said. “These vines were harvested at an average time — much earlier than 2011 — and had plenty of time to harden off. In fact, we saw significant lignification early in the fall.”

She added, “The cold came on very slowly, giving vines even more chance to acclimate. The temperature in November and December (were) pretty even and pretty cool. If we had some warm days that could be a problem, but we have not.”

“The cold snap hit in the middle of December after a very mild fall, and the temperatures were minus 20 and lower (they still show up as records for those dates) and it hung on for two weeks,” Johnson wrote. “It was sudden and unmerciful!! This cold snap (was) nothing like that.”