What is fueling growth of Washington Syrah? 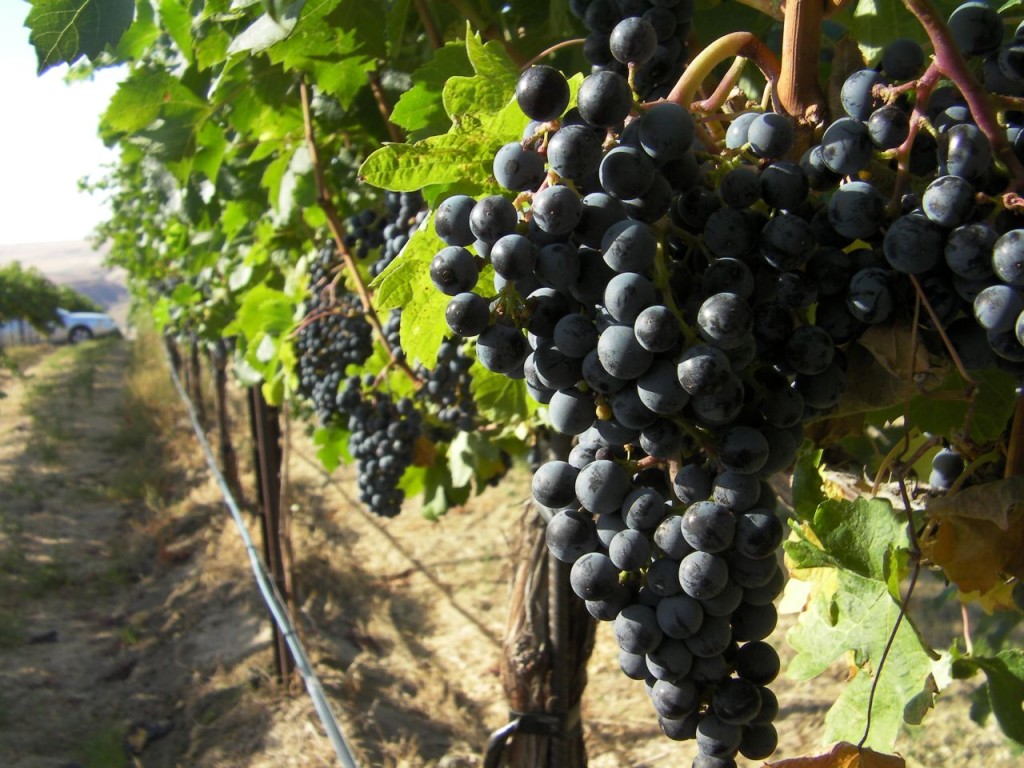 Based on the headlines, selling Syrah to the wine-drinking public is next to impossible. So why does the grape continue to gain popularity among Washington winemakers?

According to the latest statistics from the USDA, Washington Syrah tonnage was at a record high last year, weighing in at 11,800 tons. While that makes Syrah the No. 5 grape in the state, it is a distant one, making up just 6.27 percent of Washington’s total wine grape harvest. 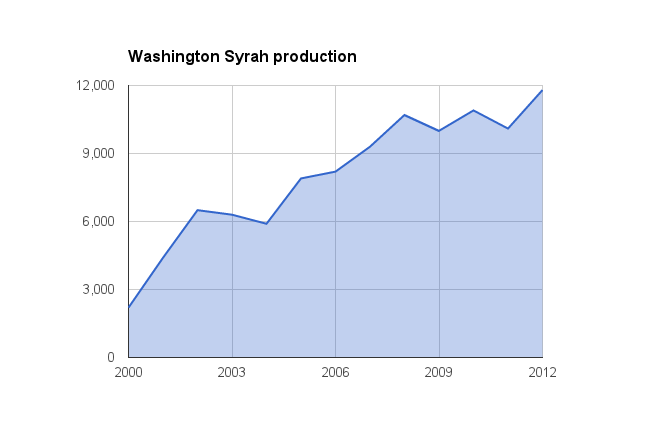 “You hear about Syrah being hard to sell, but we have had to increase our production every year for the past four years,” said Allan Williams, sales and marketing director for Jones of Washington in Quincy. “We made 1,200 cases, and it won’t be enough.”

Williams said he doesn’t release Syrah to all of his distributors because there isn’t enough to spread around. Jones grows Syrah in two vineyards, and Williams said the biggest struggle is keeping enough fruit for its own label because its winery customers want so much of it.

In the Ancient Lakes of Columbia Valley, a relatively cool AVA near Quincy, Jones winemaker Victor Palencia uses the company’s lone acre of Syrah grown there strictly for a rosé. The company is going to add 2 more acres this year in the hopes of keeping up with the demand.

On a macro level, however, little new Syrah is being planted in Washington.

Kevin Corliss, vineyard operations director for Ste. Michelle Wine Estates, said the only Syrah the company is asking growers to plant is for blending.

“Cab is king,” he said. “That’s what we’ve been trying to expand. If a guy has a 500-acre piece of land and has a slope that isn’t good for Cab, we might have him plant Syrah as a blender.”

Rob Griffin, owner and winemaker for Barnard Griffin in Richland, sees the same thing. Last week at the grape growers convention in Kennewick, he led a seminar on blending, and Syrah was a big part of the conversation.

“Ten percent Syrah in Bordeaux blends is particularly helpful,” Griffin said. “It is a way to enrich and improve Cab-based blends, and that’s a typical play for bigger wineries.”

He doesn’t disparage Syrah, which has been an important part of his portfolio for several years.

Cab is hot, Syrah is not 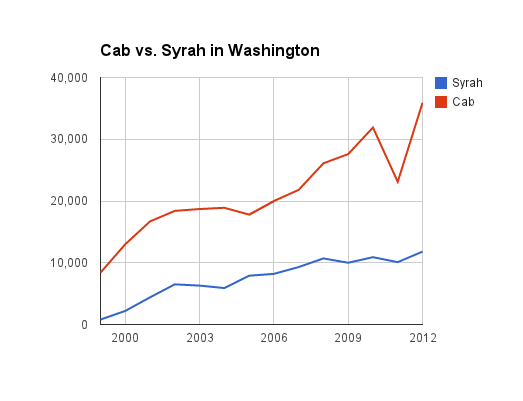 Since 1999, growth in Cabernet Sauvignon tonnage has been increasing faster than Syrah.

“Cab is the hot variety,” Griffin said. “There’s something eternal and transcendent about Cabernet that you can’t say about Syrah. Cabernet is the undisputed king.”

Griffin said his Syrah production has trended a bit lower in recent years. He currently makes about 3,000 cases of Syrah for his “Tulip” label.

“Of all the red blends that are out there, many have their fair share of Syrah,” Griffin told Great Northwest Wine. “Syrah is getting out in a number of ways – you just don’t necessarily see it getting in the title credits.”

Griffin doesn’t like to blame Australia for flooding the American market with inexpensive and simple Shiraz.

“The Aussies have flooded the market with a lot of varieties, so you can’t blame them for Syrah,” he said. “Washington makes some stunning Syrahs. It’s just a little bit difficult to sell right now.”

Griffin thinks Washington winemakers will continue to hide their Syrahs in blends until the red wine comes around again as a consumer favorite.

Mike Sauer, owner of Red Willow Vineyard in the western Yakima Valley, planted the first Syrah in Washington  in 1986. He basically stood alone for nearly a decade before the rest of the state caught on.

Sauer and legendary Columbia winemaker David Lake collaborated on those early plantings to great critical acclaim. He has since expanded those original 3 acres to 25. Those original plantings now go to Betz, Efeste and Andrew Rich for high-end bottlings of Syrah.

He said Washington Syrah can be relatively easy to grow, and if it’s held to under 4 tons per acre at his vineyard, it is one of the earliest grapes to be harvested and sent to wineries. And he doesn’t see any reduction in demand.

“When I visit with the winemakers we’re supplying, they want more of it,” he said. “It’s hugely important to them as a variety.”

Syrah originally was thought of as a tender variety that couldn’t stand up to Washington’s occasional harsh winter. But after Sauer’s Syrah made it through the horrific 1996 winter, many others began to plant it. He likens Syrah’s winter-hardiness to Merlot – which also can be a bit tender. And that’s why it’s important to plant Syrah at higher elevations and on slopes to keep it away from low-lying frost.

Sauer noted that about the same time Syrah became a hot Washington variety in the late ’90s, Australia was exporting a lot more of its wine, and California also was jumping deeper into Syrah. All of these events created a lot of buzz about the variety, further fueling its growth.

Corliss wonders if the record level of tonnage has more to do with Washington Syrah planted five years ago coming on a bit stronger after two cold vintages.

“I don’t think the acreage has gone up that much,” he said.