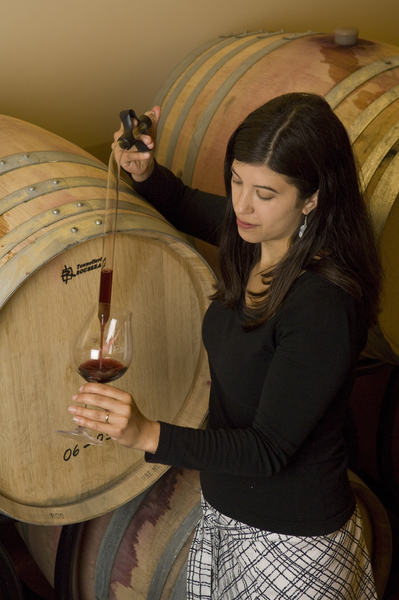 Editor’s note: We continue to work at keeping this list current, so please contact us with additions and revisions.

Forbes recently published what is billed as the first of a four-part series about Oregon female winemakers. The list stopped at six, according to the writer, Katie Kelly Bell.

Well, sometimes the online comments are as interesting as the story that inspired them. Ultimately, though, the opening segment on Kramer revealed just how many women are listed as head winemakers in Oregon.

Brianne Day, herself a winemaker, produced a long list of winemakers who were left off Bell’s list. On Forbes’ site, a worthy comment can be promoted by the staffer as “called out.” 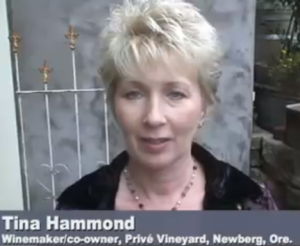 Tina Hammond is the winemaker and co-owner of Privé Vineyard in Newberg, Ore.

This writer pointed out that Patricia Green, Tina Hammond (Privé) and Luisa Ponzi were left off.

That’s 43 female winemakers. The Oregon Wine Board reports there are more than 400 wineries in the state.

Ultimately, Bell posted a reply to those commenters who achieved “called out” status.

“Thanks for reading, and in fact many winemakers were left off the list – but this is a wine/food/travel site and I’m really just highlighting some female winemakers, no promise of a full list. That said, I do appreciate all of the many names that have been sent my way … which begs the question, are there more women making wine in Oregon than anywhere else in the USA? Seems so.”

Regardless, those of us in the Pacific Northwest enjoy following what national and international media has to say about our wine industry. The opener on Kim Kramer was posted Jan. 8, and the second segment featured Pittock-Shouldis.

Heck, the series could have just as easily kicked off with Kimberley’s mother Trudy – the original “Queen of Yamhill” who started making her family’s wines in 1990.