Ste. Michelle lifts up Erath Winery, then gets out of the way 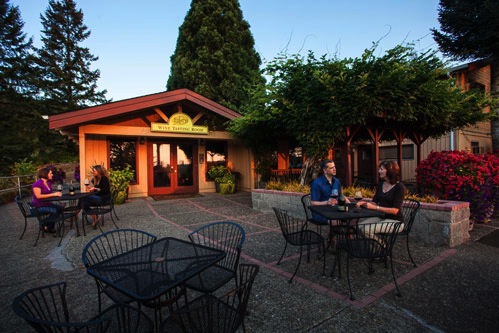 Erath Winery in Oregon’s Dundee Hills is one of the state’s early Pinot Noir producers. (Courtesy of Erath Winery)

But the way Ste. Michelle has reshaped Erath Winery in Dundee, Ore., since purchasing it in 2006 and provided winemaker Gary Horner the freedom to explore the breadth and depth of Pinot Noir is nothing short of remarkable.

It even has Baseler drinking more Oregon Pinot Noir at home.

Baseler, who addressed grape growers, winemakers and others Wednesday afternoon at the Oregon Wine Industry Symposium in Portland, gushed about the opportunities that lay ahead for Oregon. He was quick to point out that he was born in Oregon City and raised in Gladstone before moving north and ultimately taking a job in 1984 at Chateau Ste. Michelle in Woodinville. He became its CEO in 2001. 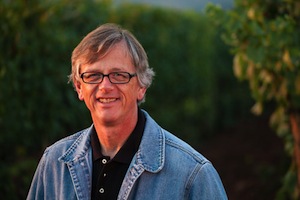 Gary Horner has been the winemaker at Erath Winery for a decade. (Courtesy of Erath Winery)

When Baseler talks about Erath, he does so in reverent tones, describing the purchase from Dick Erath as “the opportunity to become the custodian of Erath” rather than its owner. But Baseler has done much more than that.

In the six years since the purchase, case production at Erath has more than doubled to more than 150,000 cases, making it among the largest in the state. It has significantly increased the winery’s distribution channels nationwide. Most importantly, it has provided winemaker Gary Horner all the tools he could hope for – then got out of the way.

“After the acquisition, the message came from Ted that ‘We want to help you make wine better,’ ” Horner said. “I pulled out a short list of improvements I wanted to make. Ted said, ‘You don’t quite understand. I want you to prepare yourself for the toughest vintage, the best vintage, the biggest vintage.’ So I pulled out a longer list, and I got everything I needed.”

Nobody in Woodinville tells Warner what to make or how to make it. Nobody questions that he now makes 15 different Pinot Noirs.

“The Erath philosophy is still here,” said Warner, who came to Erath in 2003 from Benton-Lane Winery.

“It’s being driven by Gary,” Baseler told Great Northwest Wine. “His interest is showing the uniqueness of the vineyards.”

This is unusual within Ste. Michelle Wine Estates. Nobody else in the company would even consider making so many versions of the same variety.

Horner, in fact, makes a dozen vineyard-designated wines, four of which are from Prince Hill Vineyard in the Dundee Hills American Viticultural Area. Three are vineyard- and clonal-designate wines, a granular level even for Pinot-happy Oregon.

The latter is an ice wine-style dessert wine in which the grapes are frozen after being harvested.

Something else that has not changed at Erath is the use of screwcaps. This began prior to Ste. Michelle purchasing the winery, and there was a question about its future use because Baseler has been vocal about his dislike for threads.

“We’re more comfortable with twist-offs,” he said, especially in Oregon and New Zealand, where they have been accepted by consumers. “Sales are good, and the image is good.”

He also added that the estate and single-vineyard Pinot Noirs all remain under natural cork. The only red under threads is the $19 Oregon Pinot Noir.

For Baseler, the Erath acquisition could not be better for Ste. Michelle.

“This winery for us is a home run,” he said. “It’s over the fence, beyond our expectations. We have been able to take the single-vineyard wines and dramatically increase the ratings and critical acclaim. Gary is making more of them than the old days.”

And he’s found a big fan in Baseler, who through the decades has become used to drinking Washington wine at home.

“Erath comes out of my cellar at least once a week now,” he said.