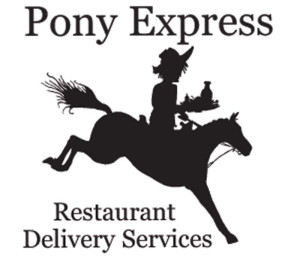 Erin Gilfillan, 35, who has owned the business for seven years, recently filed a petition with the Oregon Liquor Control Commission. She hopes to be able to take orders for as many as two bottles of Oregon wine per residence up until 9 p.m. and deliver them with meals to legal-age adults by 10 p.m.

“I probably sell only a case every three weeks,” Gilfillan told Great Northwest Wine. “I expected our sales of wine to be higher than they are, and I honestly think that has to do with the hour restrictions, which is why I’ve petitioned to have the hours changed.”

Oregon Administrative Rule (OAR) 845-006-0392, which pertains to same-day deliveries of wine and cider by off-premises sales licensees, states that any order of the two 750-milliliter bottles must be placed by 7 p.m. and delivered no later than 9 p.m. Gilfillan seeks to amend section (8)(d) and signed the petition Feb. 1.

No orders including Oregon wine after 7 p.m.

“Our dinner rush is usually between 6:30 and 8 p.m., and the current law doesn’t allow us to take any orders after 7 p.m.,” Gilfillan said. “People will ask for a bottle of wine or a six-pack of beer to go with their dinner, but then they will cancel their entire order if they don’t get it in before 7 p.m. That happens all the time. It seems as though 7 p.m. is a little bit too early for a lot of our customers.

“The amount (of alcohol sales) is limited, and I am in agreement with that,” she added. “I’m doing this to offer an extra service to my dinner customers.” 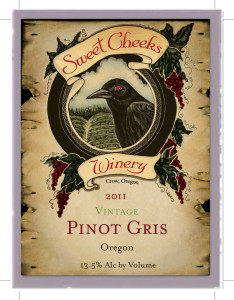 “They have been a consistent customer of ours,” he said. “I wasn’t aware of all the issues she’s facing, but (Pony Express) is one of our many channels of distribution and delivery to our local community in Eugene. Anything that gets more wine into people’s hands, that’s all the better for us.”

Gilfillan said her business began offering beer, wine and hard cider May 1 when it became legal in Oregon, an effort spearheaded by a Portland-based delivery company. She provided public comment in support of that effort and said she drove to Portland each time the OLCC held a meeting on the issue.

“It seemed like I was in and out of those in about 10 minutes,” she said. “It was a very cut-and-dried process, and there wasn’t anyone in opposition. I think I was the only person not on the commission to attend one of the meetings.

“I did hear of a case in Washington state regarding a delivery service, and Mothers Against Drunk Driving came out against it,” Gilfillan said. “I was surprised to hear that. They were concerned that this would make underage drinking easier, but we’re not serving minors, and we’re checking IDs. Besides, we’re keeping people at home with our service, and the amounts we can sell are pretty small.”

Gilfillan’s team of seven office employees and pool of 40 delivery drivers work with nearly 50 restaurants in the Eugene-Springfield area. They average about 150 meals delivered per day, she said, and the restaurant lineup runs the gamut from Asian, Greek, Italian and Mexican to seafood, barbecue and steakhouses.

The Pony Express Restaurant Delivery Service charge ranges from $5.50 to $8.50, although it gives a $2.50 discount to those with a current University of Oregon student ID.

To make the deliveries easier on her drivers, Gilfillan limits the beer offerings to six packs of cans while featuring Springfield-based Hop Valley, Fat Tire and Pabst Blue Ribbon.

“We started off with Corona, but no one wanted to buy it, and Pabst Blue Ribbon is very popular right now,” Gilfillan said.

State law requires her drivers to verify the age of the person who placed the order, but Gilfillan said she also demands that each driver fill out a detailed form for each order involving alcohol.

“I have them write down most the information while they are waiting for the order to be filled,” she said. “That way, once they get to the door, all they have to do is ask for the ID, the person’s name, date of birth and get the person to sign the form. It takes maybe an extra two minutes.”

Pony Express Delivery has a clean record with the OLCC, Gilfillan said, but she believes her team has been tested at least once.

“Someone had just turned 21, and they told our driver that they didn’t have an ID, but they showed them a birthday card, and they thought that I might work,” Gilfillan chuckled. “He got on our two-way radio and said that he thought they were telling the truth, but we’d better not take the chance.”

Entrepreneur hopes for expanded deliveries by end of 2013

Gilfillan, who grew up in Pittsburgh, said she began working for Pony Express Restaurant Delivery Service about 16 years ago during her course work for a biology degree at the University of Oregon. A “love of numbers,” she said, inspired her to go back for a bachelor’s in business before the founding owners sold her the delivery operation, established in 1998.

“I’ve found that I really enjoy this business,” she said.

Public commenting on her direct shipment petition must be written and received by the OLCC before 5 p.m. March 11. Gilfillan is optimistic the rule will be amended before the end of the year. Last year’s petition spanned about nine months from start to finish, she said.

“It’s a very slow process,” she said. “I can see the commission being concerned about people abusing the rule, but we’re delivering in such small amounts that I hope they will consider this.”