Rick Small, owner and founder of Woodward Canyon Winery in the Walla Walla Valley, will take part in a Cabernet Sauvignon panel at Celebrate in June. (Photo by Andy Perdue/Great Northwest Wine)

The two wine regions are coming together to explore the world of Cabernet Sauvignon, not in a “Judgment of Paris” format but rather as a way to show the similarities and differences of their wines.

Duane Wollmuth, executive director of the Walla Walla Valley Wine Alliance, said Celebrate is a rebranding of Vintage Walla Walla, which was staged during  the previous 11 years.

“Vintage Walla Walla was focused on the older wines and the opportunity to taste them,” he said.

Wollmuth plans to include top winemakers from other regions around the globe that specialize in these varieties. His hope this year was to include winemakers from the Napa Valley and Bordeaux, the world’s two most famous regions for producing Cabernet Sauvignon. However, Celebrate begins the same day VinExpo in Bordeaux ends, so top French winemakers were unable to attend. 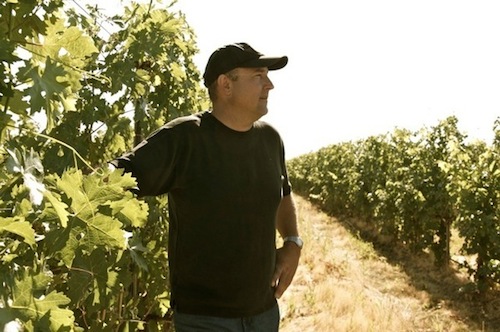 The Walla Walla Valley will be represented by:

The Napa Valley will be represented by:

Also on stage will be geologist Kevin Pogue from Whitman University in Walla Walla and wine critics Patrick Comiskey and Paul Gregutt.

Those in attendance will be able to taste the wines along with the experts.

Wollmuth said next year’s focus will be on Syrah, and he plans to bring in winemakers from France’s Rhône Valley and Australia. And 2015 will feature Merlot, and he hopes to have winemakers from Sonoma County and Chile.

“We want to showcase all the varieties we do well here,” he said.

Celebrate begins Thursday, June 20, with a vintage tasting and a “Meet the Winemakers” wine tasting and dinner at Corliss Estates.

On Friday, June 21, the tasting will take place with the Napa and Walla Walla Cabs at the Marcus Whitman Hotel. A Cab-focused tasting and dinner at Waterbrook Winery will conclude the evening.

On Saturday, June 22, winemaker dinners will take place at 24 wineries throughout the valley.