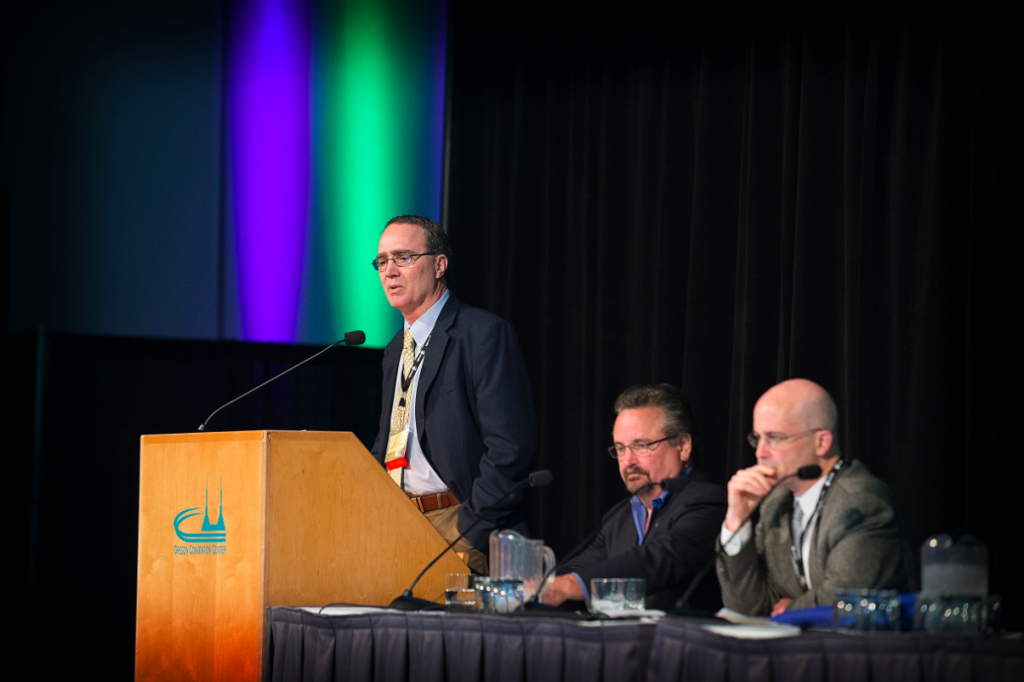 Earlier this winter, world-renowned climatologist Greg Jones told the Oregon wine industry that 2013 is shaping up to be rather neutral — “La Nada.”

And the January weather report issued by Washington State University researchers supports that, detailing the cold and dreary conditions most of the Evergreen State labored in to start 2013.

Jones, a professor of environmental studies at Southern Oregon University in Ashland, sees this year’s weather in the Pacific Northwest shaping up to be somewhat similar to 2012 because of the combined effects of North Pacific and Tropical Pacific sea surface temperatures. The North Pacific SST remains colder than normal. The Tropical Pacific SST is neutral — neither a La Niña (cold phase) nor an El Niño (warm phase).

“There’s still cold water off the Pacific Northwest,” he pointed out Feb. 19 to attendees at the Oregon Wine Industry Symposium in Portland.

The cooler-than-normal ocean conditions are expected to bring a cool and wet spring, with March and April wetter than normal. May, June and July will be normal to slightly warmer than normal, Jones predicted.

If this year’s growing season follows that of 2012, look for bud break in the second half of April, bloom around the third week of June and veraison during the middle of August. Each stage was about a week later than normal, Jones pointed out.

However, what elevated the 2012 vintage to good and great levels was a remarkable stretch of weather in September and October. 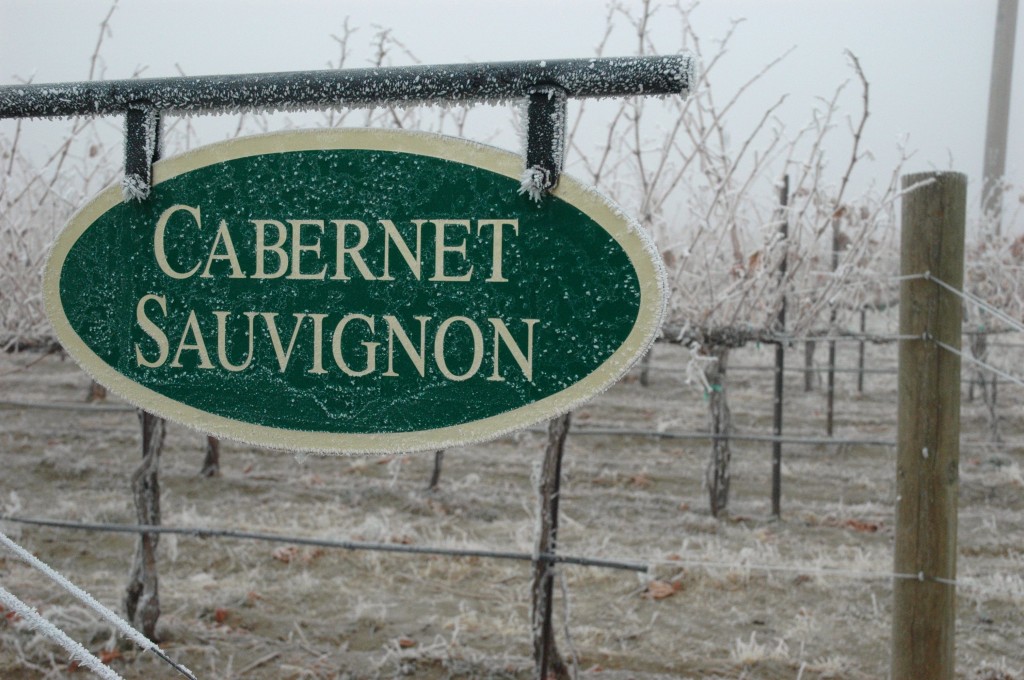 Frost sticks to a vineyard sign on Washington’s Red Mountain.

In Washington state, 2013 began with some oddities.

Nic Loyd, WSU’s AgWeatherNet meteorologist, noted high pressure dominated during the middle of January, bringing warm, dry and sunny conditions to the mountains. On Jan. 15, temperatures in parts of the Cascade foothills reached 70.

However, most of the lowland regions of the state remained locked in cold air. Highs were only in the 20s throughout central Washington.

“The problem was not a lack of warm air, but rather the lack of a mixing mechanism to transport that mild air to the surface,” Loyd said in a news release. “The presence of a calm air mass, a cold surface and a weak winter sun set the stage for a prolonged stagnant period of the gray days of winter.”

Conditions were more extreme for grape growers in Idaho’s Snake River Valley, which experienced a string of days with single-digit temperatures and lows below zero.

In Washington, Loyd reported weather extremes that included nearly two inches of rain at Long Beach on Jan. 9 and a low temperature of 1 degree at Broadview on Jan. 13.

January temperatures were below average overall in the lowlands, especially during the day. The average high temperature at Prosser was 35.4 degrees — 4.2 degrees below average and the coldest since 2004. The recent cold was the result of a strong inversion, not an Arctic outbreak akin to January 2004, Loyd noted.

The January 2013 weather review and current conditions are available at AgWeatherNet.