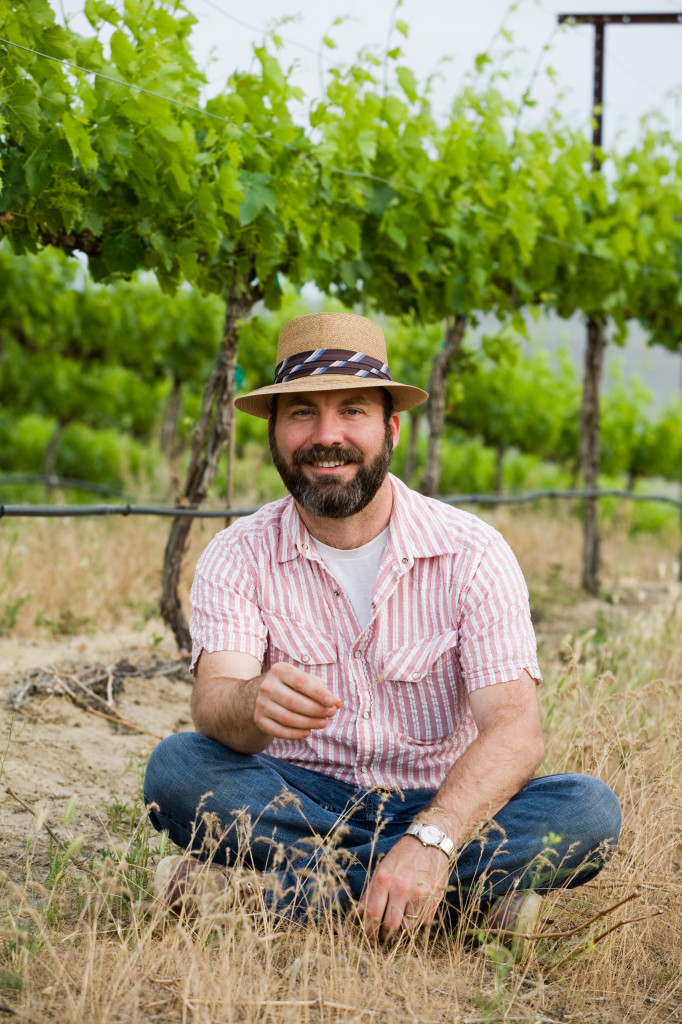 Hal Landvoigt is the director of winemaking for Seattle-based Precept Wine.

SEATTLE – Precept Wine continues to enjoy sweet success with its Chocolate Shop wine, yet the warm reception of the new Almond Roca Cream has been described as “wildfire.”

“I think I got a cavity doing the research,” said Hal Landvoigt, director of winemaking for Precept.

Almond Roca Cream is a new collaboration between famed confectionary Brown & Haley in Tacoma and Precept Wine in Seattle.

“We did a five-day show at the Tacoma Dome where we poured the Almond Roca Cream and the Chocolate Shop, and both were so well-received,” Witherspoon said. “There was a holiday theme and with Brown and Haley on its home turf, sales just ripped. We started shipping, then boom and boom — it’s been like wildfire.”

Precept created its Chocolate Shop wines in 2010 and already had joint marketing efforts in place, so it approached Pierson Clair, CEO of Brown & Haley, about developing a wine product based on its highly guarded Buttercruch toffee treat.

“Almond Roca Cream is designed to speak to the Almond Roca consumer, but I didn’t realize how international Almond Roca is,” Landvoigt said. “Something like 50 percent of their business is in China, so it already had this global brand recognition. I had a sense that if we made the right product — a very close extension of Almond Roca — it could do well.”

Another reason for its early success in the Pacific Northwest is because Brown & Haley continues to identified as a Northwest brand. There’s the sense of family, too. J.C. Haley, granddaughter of the co-founder, sits on the board .

“We started working on it and turned out to be incredibly difficult and complicated, but it was fun work,” Landvoigt said. “Pierson took me through the factory, the history of the product and how it is made.”

Research and development spanned about nine months, involving work in Landvoigt’s flavor lab at the Precept headquarters in Seattle, rather the winery operations in Walla Walla, Wash., or Caldwell, Idaho.

“We worked with a different flavor bases,” Landvoigt said. “The chocolate wine is a wine-based product, but it made more sense to do this as cream. And while its really a liqueur, because the alcohol base is from grape spirits and it’s between 7 and 14 percent alcohol, the government considers it a wine.”

The grape spirits are purchased from another winery in Washington, but the cream liqueur comes from a company in Wisconsin, which combines all the products, Landvoigt said. Precept adds the flavor and coloring, then dilutes it. All production of Almond Roca Cream has been shifted to Idaho’s largest winery — Ste. Chapelle — which Precept purchased in 2012.

“Their bottling line handles the viscosity better than our facility in Walla Walla,” Landvoigt said.

A bit of national and regional coverage helped, Witherspoon said, but distributors familiar with Chocolate Shop placing Almond Roca Cream into retail outlets such as Rite-Aid, Walgreens and Seattle-based Bartell Drugs. Look for it in Costco and export to Asia.

Precept began selling The Chocolate Shop in 2010 because it saw an opportunity, and Landvoigt’s ability has brought it to fruition. The lineup features five styles, including Chocolate, Creme de Cocoa, Chocolate Strawberry and Sparkling Chocolate.

“Hal got this huge tattoo on his forearm of a wine key and loves the traditional wine side, but he also enjoys working with the bulk wine and he’s found this niche with the sweet wines, too,” Witherspoon said.

Many winemakers and aficionados may turn up their noses at Chocolate Shop and Almond Roca Cream, but there’s obviously a market for those types of wine-based products.

“Different people have different reasons why they want to be winemakers,” Landvoigt said. “I’m in the wine industry because I really like wine, but I also like to cook and I’m open to creating different flavors. I enjoy this part of the business because if you have an idea for a flavor then you are able to realize it in some way.

“I like doing fun things with wine,” Landvoigt added. “I call it the Willy Wonka Experience. I like that ability to really shift people’s perspectives about where they are at.”

“So many people will say, ‘I want to drink wine, but I don’t like wine, so what should I drink,” Landvoigt said. “They want to do something not because they like it, but because they feel like they need to be doing it. Kind of like exercise. That’s when I started to think about this.

“So look at what an opportunity we have as an industry,” Landvoigt continued. “All these people keep wanting to have this experience with wine, so there was room for a product like Chocolate Shop. It’s very simple to make, and we handle it just like wine in the winery — only it tastes just like chocolate and it’s sweet. It has some tannin and some acidity because it is a wine, but it also has these other flavors that resonate with people.”