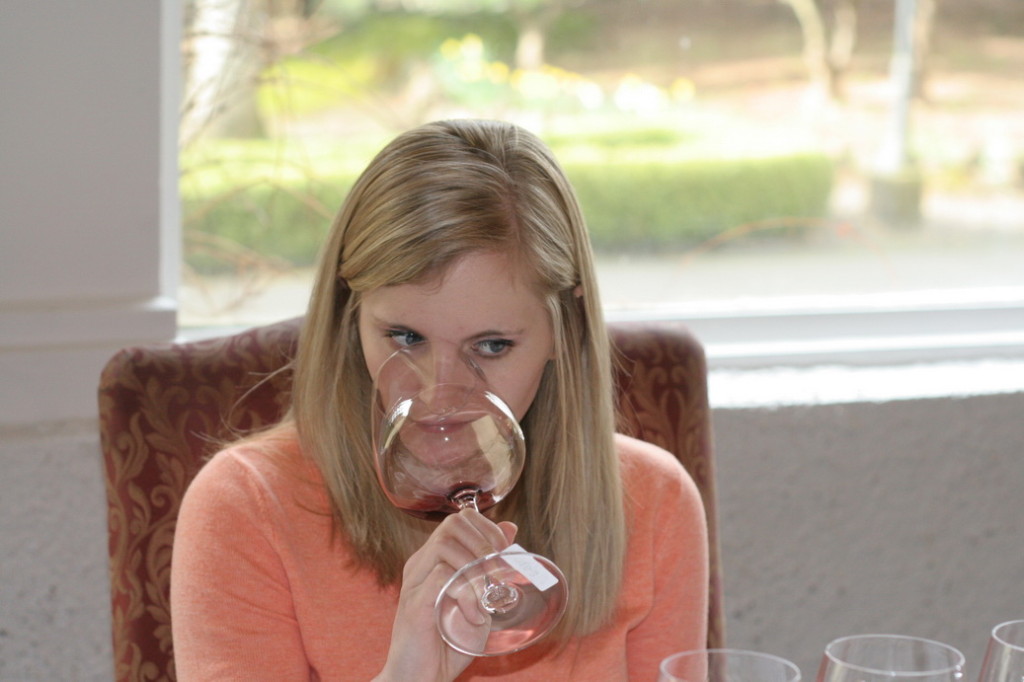 Christine Collier, a wine professional from Southern Oregon, evaluates a group of wines at the Great Northwest Wine Competition.

Everything is packed up, and the Columbia Gorge Hotel is mostly back to normal again after playing host to the inaugural Great Northwest Wine Competition for the past few days.

Longtime journalist and wine writer Ken Robertson tasted through all of the gold medal wines as they were awarded and wrote up notes on his impressions of the wines. Let’s take a look at the top six wines that were considered for the best in show.

Best red and best in show

Zerba Cellars 2010 Malbec, Walla Walla Valley, $38: Winemaker Doug Nierman has been at the helm of this Milton-Freewater, Ore., winery for several vintages and has taken an already successful operation to new heights. This rich, bold, dark wine opens with superb aromas of ripe plum, black pepper and dark chocolate. This leads to beautifully structured flavors of boysenberry and spices, all backed with moderate tannins and rich acidity. This gorgeous red has it all.

Abacela 2012 Albariño, Umpqua Valley, $18: Fresh grapefruit dominates subtle pear aromas underneath, promising a bright, fruity treat. In the mouth, this wine delivers a load of grapefruit juice first, with dashes of lime and lemon almost pushing out the hoped-for pear. Bright acidity, the hallmark of Earl Jones’ Abacela, won’t peel the enamel off your teeth, but it does just about brush them.

Bella 2011 Sparkling Chardonnay, Okanagan Valley, $24: Opens with a burst of bubbles as it’s poured, which waft up aromas of lime, lemon and minerality. Citrus flavors lead off the first sip, followed by a bit of Asian pear and crisp green apple. It closes with mouth-watering, bright acidity.

Barnard Griffin Winery 2012 Rosé of Sangiovese, Columbia Valley, $12: Strawberry, rhubarb and pie cherry notes lead to pie cherries and rhubarb on the palate in this bright, brilliant rosé. It marks the eighth year Barnard Griffin has won gold with its Sangiovese rosé in competitions throughout the West. This edition is a bit more Spartan than some of its predecessors, but many will find it more food-friendly.

Westport Winery NV Rapture of the Deep, Washington, $26: Sweet sparkling cranberries are what this carbonated wine is all about. The spitz of the dissolved carbon dioxide and the cranberry’s natural bite nicely offset the abundant sugar. Pair it with a picnic, a brunch or pour it over fruit on a warm, laid-back summer day.