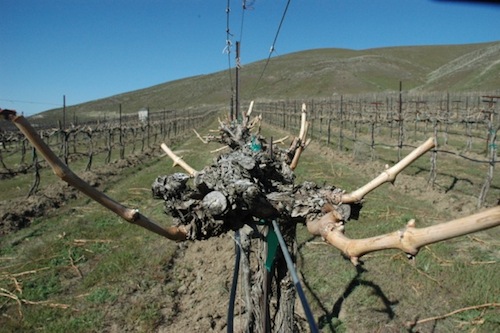 Spring is off to a bit of a slow start throughout much of Washington wine country, but the region of Walla Walla has been significantly drier this March compared with a year ago, according to a recent report by the U.S. Department of Agriculture.

In the Walla Walla Valley, March has been drier than last year by about 3 inches of precipitation. Temperatures were mild. Precipitation is above average for the crop year, but the report indicated that growing crops will need moisture over the next month.

Meanwhile, Yakima County received between 0.35 to 0.8 inches of precipitation. Sufficient precipitation was received in the higher altitudes, helping to make for adequate reserves of irrigation water for the 2013 season in the Yakima Valley. Night temperatures dropped to the lower 20s last weekend, which had soft fruit producers worried about bud damage.

In Chelan and Douglas counties, there were similar worries among orchardists as apricots began flowering under weather that turned cooler and wetter last week.

In Franklin County, which includes the city of Pasco, temperatures in March have been generally normal to a little warmer than normal. There was little to zero precipitation recorded.