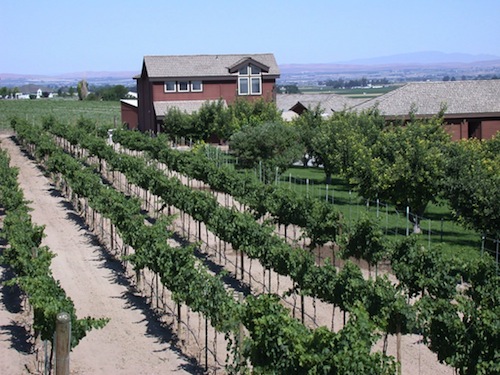 PARMA, Idaho – Growing wine grapes and making wine have become harder and harder for Dick Dickstein, so he is going to retire – for the second time.

Dickstein, 80, launched Parma Ridge Winery in 1997 after a lengthy career as an airline pilot. After 16 years, he’s decided it’s time to put away his farm equipment and enjoy a slower pace of life.

“It’s time to relax,” he told Great Northwest Wine. “I can’t get out there to work like I used to. It’s time to move on and play with cars and see if I can hit a golf ball straight.”

Dickstein grew up in Southern California and, after it got too crowded, moved to Las Vegas, where he was a pilot for American Airlines for 32 years. When he retired, he wanted to grow grapes and make wine, so he began to look around.

“I couldn’t grow the kind of grapes I wanted to in Oregon,” he said. “My wife was from Walla Walla and didn’t want to go back there.”

But he and his wife, Shirley, had attended a wedding at Ste. Chapelle, and the region came to mind when he decided he wanted to grow wine grapes. So he called the local chamber of commerce, which helped him find a real estate agent. The third property they looked at became home.

“Once I saw this place on top of the hill here, it was over,” he said with a chuckle.

“I never got around to planting Cabernet Sauvignon,” he said wistfully.

Dickstein had a small plane so he could keep his head in the clouds above the Snake River Valley and settled in making about 1,000 cases of wine each year.

When he launched Parma Ridge, Idaho had fewer than 10 wineries. Today, it is pushing toward 50. 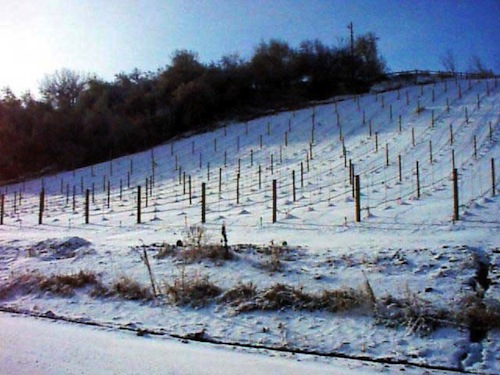 Indeed, Dickstein sold his plane and put the winery and vineyard up for sale a couple of years ago. However, nobody was willing to take it over.

“I’m a little disappointed someone didn’t buy the whole operation,” he said. “I worked 15 years to build it up, so I sort of hate to pull the plug on the whole thing.”

But that’s what he’s doing. Dickstein is selling the winemaking equipment and will have a wine liquidation sale next month.

Once he is able to sell the vineyard, winery and house, he and his wife will move to a place they purchased in Eagle.

Moya Dolsby, executive director of the Idaho Wine Commission, has appreciated Dickstein’s energy and demeanor through the years and will be sorry to see him leave the wine industry.

“We’re sad to see Dick retiring,” she said. “But we completely understand.”