Seattle’s Bartholomew Winery to pair up with chocolatier 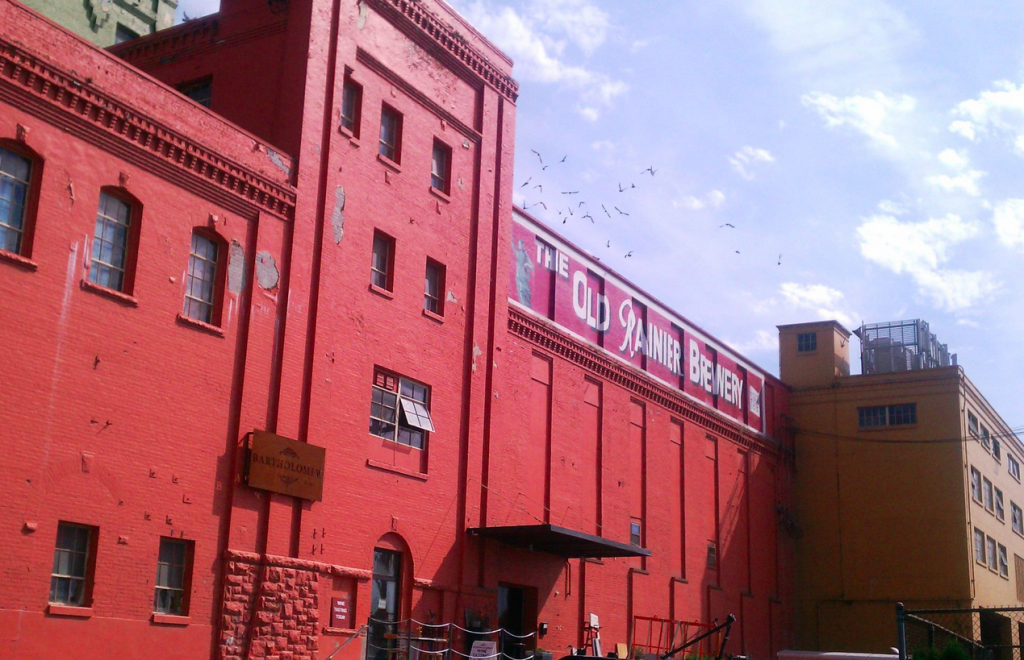 SEATTLE — Bart Fawbush and his Bartholomew Winery will be expanding tasting room hours and bringing another culinary attraction to The Old Rainier Brewery building in Seattle by partnering with Tease Chocolates.

“They have the same mindset we do and the same attention to detail,” Fawbush told Great Northwest Wine. “They do some single-origin type chocolates, which features subtleties and different flavors. And we do the same thing as a winery with the single varieties and single vineyards, in addition to blended wines. It seemed like a nice working relationship.”

Master chocolatier Julie Farrell, who owns Tease, has first-hand experience with the possibilities of the location. Exploration of her recipes began while living in an artist studio at The Old Rainier Brewery, an iconic Seattle structure that’s slowly transformed into multipurpose complex since beer production ended in 1999. Farrell and her husband, Topher, have since moved to Vashon Island.

“We were interested in having another business come in and share the space, and this gives us the extra staff to be open Wednesday through Friday,” Fawbush said. “We were looking to attract the after-work crowd and we’re on a street with a lot of commuters. Hopefully this will give more people a reason to stop by.”

Fawbush, 39, a former mortgage company owner, said he hopes to receive the proper health permits then begin modifying his space to allow Tease to make its chocolates on the premise. The agreement includes Fawbush receiving a percentage of the chocolate sales at the winery, he said.

“We had them at our place a couple of times, at Valentine’s Day 2012 and again on Valentine’s of 2013, and we’re both trying to increase our market share and exposure,” Fawbush said. “We’ve really enjoyed getting to know them. We’re the same age. They’ve done the corporate thing like we have, and their business has evolved to the point where they wanted a retail location. I told them, ‘I want 100 percent effort from you, and I’m going to give you 100 percent effort.”

Fawbush and his wife, Chona, created Bartholomew Winery in 2007, then moved into the former Rainier Brewery production facility in June 2010. To many longtime residents and tourists, the building along Interstate 5 is nearly as well-known as the Space Needle, only it’s easier to drive to.

“It’s a building that almost everyone knows,” he said. “Even if they don’t know how exactly how to get here or have a smartphone, they can see it and find their way. A lot of our customers reminisce and remember when it was a brewery. We took a space that had been vacant for at least a decade and made something out of nothing. It basically was just brick and rebar, and we worked really hard to get it functional. Now it’s all brick and concrete, and people seem to love the ambiance.”

Bartholomew Winery also is helping to raise the profile of the old complex, which features nearly 30 businesses in the complex that spans three city blocks. Several months ago, Fawbush’s winery served as the set for an episode of Gardening with Ciscoe on Northwest Cable News.

“We’re the only winery, but there is a brewer a couple of doors down, and a day spa,” Fawbush said. “The third floor is the former brewmaster headquarters, and there are lots of lofts and art studios where people live and produce art. This whole place is a collection of eclectic businesses. For instance, there’s an artisan stoneworker who uses recycled materials, and there’s recording studio where rock bands perform and record. There are tons of great neighbors and cool people here.”

Production at Bartholomew Winery is 1,000 cases, and Fawbush sources from several of Washington state’s top vineyards such as Coyote Canyon in the Horse Heaven Hills, Lawrence in the Frenchman Hills near Othello, Upland on Snipes Mountain and Verhey in the Rattlesnake Hills.

“If I have a strength, it’s on the sales and networking side,” he said. “I’m still working on the winemaking side and always will be, but I’ve found it’s just as important to make the right connections, following up then following through.”

Estimated capacity of his production facility at the former Rainier brewery is 2,500 cases, and Fawbush said he hopes to reach that level in a few years. He’s been working “a more traditional day job” as a sales manager and consultant for the past six years, but the arrangement with Tease Chocolates may spark increased efforts on expanding Bartholomew Winery.

“Wine tasting is about the experience, but we don’t have the vineyards, expanding views, smells and things like that you’d find at a farm or vineyard at an Eastern Washington winery or tasting room, so we have to create different experiences,” Fawbush said. “Seattle is quite the foodie area, and people want to taste and sample so we want to provide that for them. Who knows? Maybe we’ll add a charcuterie and cheese shop down the line.”

Oregon’s Willamette Valley has featured a winery/chocolate shop partnership for several years. Seven of Hearts/Luminous Hills winemaker Byron Dooley in Carlton shares his tasting room with the commercial kitchen of Honest Chocolates, which is owned and operated by his wife, Dana.

Some wine educators dismiss the practice of pairing wines with chocolates, and yet several regions in the Pacific Northwest have several special events and weekends promoting both pleasures — particularly in February.

Tease Chocolates portfolio includes a “bean-to-bar” program focusing on single-origin chocolate, which Fawbush described as similar to a vineyard-designate wine. That concept ranks as his favorite offering by Farrell.

“She does a single-origin dark chocolate that I think is 80 percent cocoa, which is something really unique” he said. “I like the others — the truffles and the sweeter stuff — but the bittersweet chocolate is my favorite.”