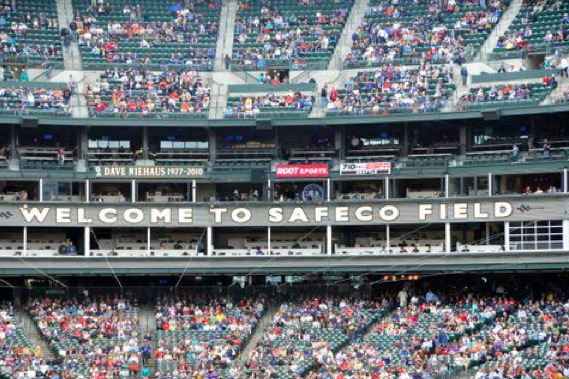 RICKREALL, Ore. – Eola Hills Wine Cellars will be taking some of its fans in the Willamette Valley out to the ballgame this season, as the Oregon winery has scheduled two Sunday trips to Safeco Field to see the Seattle Mariners play.

The first trip is June 9 to face the aging and hobbled New York Yankees. On June 30, the M’s play host to the Chicago Cubs and Beaverton, Ore., native Darwin Barney.

“We’ve been doing this for 15 years,” said Rich Washburn, who coordinates events and handles marketing for Eola Hills. “We try to pick the right games. We always seem to have success with the Yankees or Boston.”

Cost for the Mariners trip is $149 per person, which includes bus transportation, wine tasting, snacks, shaded box seats and a BBQ lunch above the Safeco Field bullpens in center field.

“He was just looking for another way to make a few bucks, and he’s a baseball fan,” Washburn said. “It started small and it’s gradually grown. He usually comes to one game a year, and he’s a big help. We know he can pour.”

Washburn lines up the buses and game day begins at 6:30 a.m.

“We do a continental breakfast and get on the road by 7 to pick up folks at a park-and-ride lot in Portland,” Washburn said. “At that point, we start out wine tasting and pass out snacks. That might sound kind of early to start wine tasting, but we’re having fun.”

Washburn is quick to point out each 55-passenger coach is comfortable and includes a lavatory.

“We make it to Seattle about 11:15 a.m., make our way into the stadium and out to the center field concourse,” he said. “There’s a catered lunch for our group, and we’re usually there for BP (batting practice). Once in a while, one of players will throw our fans a ball.

“We’re there until 10 minutes before the game, when they open up that section to the public. I encourage people to stay for a couple of innings because it’s a great vantage point before going to our seats — which are field seats, down low, along the third base side. After the game, we load up and do a little more wine tasting — but not much — on the bus, where there’s a ton of water and juice. Most of the time people sleep. It’s a long day, but it’s fun.”

The Oregon State Beavers connection is strong on these trips, Washburn said, and this marks Barney’s fourth big-league season. Last year, he won the National League Gold Glove for second baseman as he tied the all-time record with 141 consecutive errorless games.

Unfortunately, Barney started the 2013 season on the disabled list after suffered a nasty gash on his left knee trying to catch a popup at Houston during the final exhibition game. Ironically, he was replaced on the Opening Day lineup by a University of Washington product — Brent Lillibridge of Everett.

Barney’s legend in Oregon began when he led Southridge to the 2002 state high school baseball title, and he helped spark Oregon State to its back-to-back College World Series championships in 2006 and 2007.

Some years, the Eola Hills Wine Cellars entourage fills as many four buses, especially when the game features the Red Sox and center fielder Jacoby Ellsbury, a Oregon State teammate of Barney’s in 2005.

“It’s just a really fun event,” Washburn said. “People get to meet other people on the trips, and kids can go, too. It’s something that someone can bring their nephew to, and I’ve taken my son in the past, but the majority of the people who go are adults.”

Washburn, when asked if he’s any relation to former major league pitchers Jarrod Washburn or Ray Washburn, said, “No, but if it will help me get tickets …” he added with a chuckle.