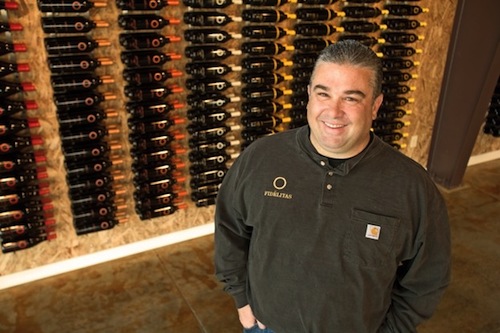 Charlie Hoppes, owner of Fidelitas Wines, will now focus nearly all of his effort on making wines from Red Mountain grapes. (Photo courtesy of Fidelitas)

RED MOUNTAIN, Wash. – Charlie Hoppes has been making wine in Washington state for a long time and has crushed grapes from throughout the Columbia Valley.

But when he finally got his hands dirty with Red Mountain grapes, he was hooked.

“The first time I worked with Red Mountain fruit was 2005,” said Hoppes, who has been making Washington wine since the late 1980s. “I was restricted by the fact that the fruit was hard to come by.”

Prior to the recent expansion of vineyards in Washington’s smallest American Viticultural Area, just a few hundred acres of grapes were available, primarily from such highly sought-after vineyards as Ciel du Cheval, Kiona and Klipsun.

Now that he has relocated Fidelitas Wines to Red Mountain, begun to harvest grapes from his estate vineyard and lined up contracts from several top local vineyards, Hoppes is focusing more and more of his attention on the bench in the eastern Yakima Valley. In fact, with two notable exceptions, Hoppes will make all of his Fidelitas wines from Red Mountain grapes.

It’s all part of the evolution of Hoppes and his winemaking style. 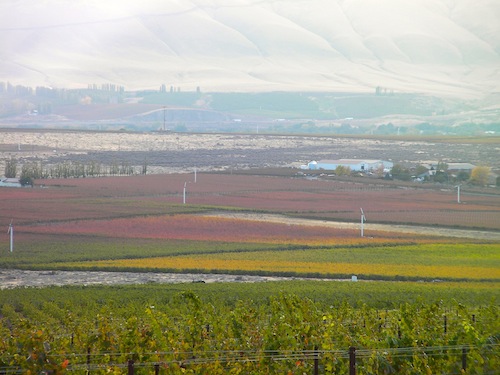 Hoppes, who grew up in the Yakima Valley, returned in 1988 to Washington after graduating with a winemaking degree from the University of California-Davis. His first job was for Snoqualmie Winery. A year later, he began to understand the future of Red Mountain.

“I can remember going to Lemberger Days,” he said, recalling that it was June 11, 1989, the day his daughter was born. “I was driving up that dirt road and thinking this could really be something someday. That’s when I really started thinking about it.”

In 1990, he began working for Chateau Ste. Michelle, ultimately becoming the behemoth’s red winemaker. During his time there, he never touched any Red Mountain grapes.

“The fruit was so tight and difficult to get, it wasn’t even a consideration,” he said.

In 1999, Hoppes left Ste. Michelle to start up Three Rivers Winery on the outskirts of Walla Walla. There, he worked with grapes from across the Columbia Valley – except Red Mountain. He helped boyhood friend Victor Cruz start Cañon de Sol that same year, and he launched Fidelitas with 300 cases of red wine in 2000.

In July 2002, he left Three Rivers to focus all of his attention on Fidelitas and his winemaking consulting business. Today, he makes wines for a half-dozen wineries, including Hamilton Cellars, Market Vineyards and Gamache Vintners. Hoppes makes all wine at a facility in Richland, about 10 minutes away from Red Mountain.

At home on Red Mountain 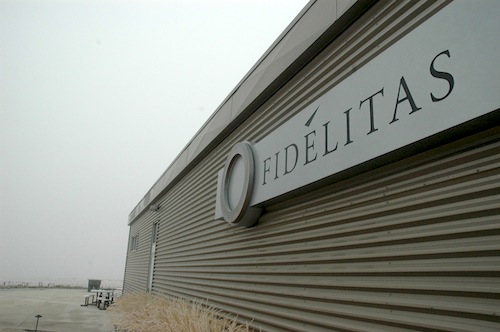 By 2005, Hoppes had acquired 5 acres of land on Red Mountain from Stan Clarke, a longtime friend. A year later, his tasting room across the road from Hedges Family Estate opened, and by 2008, he and famed grape grower Dick Boushey had planted 3 acres of Cabernet Sauvignon on his land.

Last year, Hoppes purchased another 10 acres adjacent to his property from Clarke’s widow. He hopes to plant that to all Bordeaux varieties next year.

In 2006, Hoppes began to see the decline of Syrah and stopped making it for his brand in 2007. It was part of a general tightening up of wine he wanted to make under Fidelitas.

“We made Chardonnay (for Fidelitas) in 2002,” he said. “When you start making so many things, you lose focus. It’s a harder story to tell people.”

And that’s another reason he is further narrowing his field with Red Mountain. He now brings in grapes from no fewer than eight Red Mountain vineyards. In addition to his own, they are RMV, Red Heaven, Scootney Flats, Ciel du Cheval, Dick Shaw, Quintessence and Hightower. 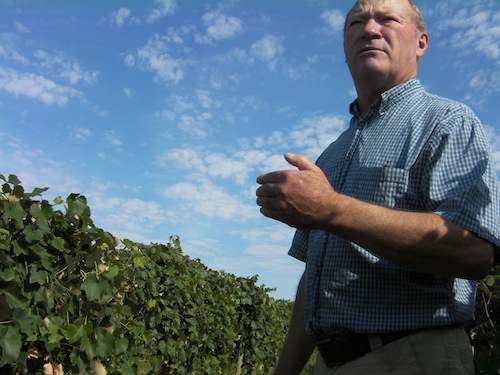 Hoppes receives grapes from two of the state’s top vineyards outside of Red Mountain – Champoux in the Horse Heaven Hills and Boushey in the Yakima Valley – and he’s not about to give them up. But other than that, it will be all Bordeaux varieties from Red Mountain.

While Hoppes has seen many devastating winter events through his years in the industry – including 1991, 1996, 2004 and 2010 – he is not too concerned about keeping most of his grapes in Red Mountain’s basket. That’s because most of his vineyard sources are at higher elevations.

Hoppes recalls the ’96 freeze that took out half the vineyards in the state that year. Another winter like that likely would hurt the entire industry, he said. And in a pinch, he would not be opposed to sourcing from the Horse Heaven Hills or Wahluke Slope if Red Mountain was hit hard.

In the meantime, he will continue to narrow his focus on the 4,040 acres of Red Mountain and see what he can do.

“It’s a small, unique appellation,” he said. “There’s nothing ordinary about grapes coming from Red Mountain.”