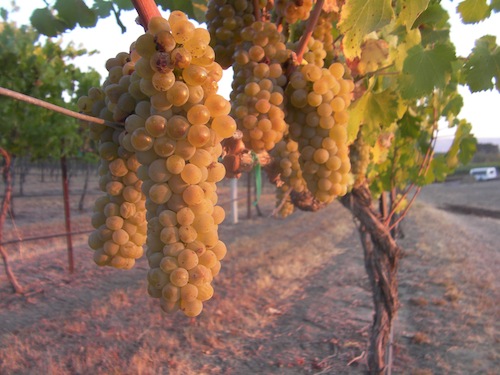 White wine grapes ripen under autumn sunshine at Kestrel View in the Yakima Valley. It is the estate vineyard for Kestrel Vintners in Prosser, Wash. (Photo by Andy Perdue/Great Northwest Wine)

PROSSER, Wash. – As part of its celebration of the 30th anniversary of the Yakima Valley American Viticultural Area, Wine Yakima Valley will conduct a tour of some of the region’s most important vineyards.

The event, called the “Summer Vineyard Tour,” will occur July 27 and will put the spotlight on three vineyards. The $95 tickets include transportation, wine tastings, educational discussions led by Yakima Valley wine grape growers and food from Jessica Smith, executive chef at Kestrel Vintners in Prosser.

To order tickets, to go www.wineyakimavalley.org.

Included in the tour are:

Kestrel View Estates. This vineyard north of Prosser and owned by Kestrel Vintners has some of the state’s oldest Chardonnay vines, dating  to 1972. The tour will take wine lovers through the vineyard and show its history and significance to the region’s and state’s winemaking history.

Kiona Vineyards. In the smallest AVA in the state, Kiona is the oldest winery on Red Mountain. John Williams and Jim Holmes began planting Kiona in 1975 and started the winery in the early 1980s. The third generation of the Williams family now runs the operation, and Holmes owns vaunted Ciel du Cheval Vineyard, just across Sunset Road. Kiona pioneered Lemberger, an obscure red Austrian grape for which the winery has become famous. The family grows more than 20 wine grape varieties on its 250 acres of vines.

DuBrul Vineyard. Hugh and Kathy Shiels began planting DuBrul Vineyard near Sunnyside in 1992, where they grow Cabernet Sauvignon, Merlot, Cabernet Franc, Syrah, Chardonnay and Riesling. The family launched Côte Bonneville in 2001, and the wines have enjoyed great acclaim. The tour of DuBrul will show the vineyard’s steep, rocky site and irrigation practices.

About the Yakima Valley 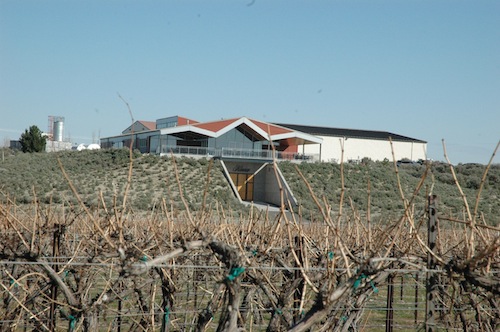 Kiona Vineyards Winery is the oldest winery on Red Mountain. The oldest vines were planted in 1975. (Photo by Andy Perdue/Great Northwest Wine)

The Yakima Valley AVA was approved by the federal government in 1983, making it the oldest in the Pacific Northwest. The Columbia, Walla Walla and Willamette valleys were approved a year later.

However, the Yakima Valley’s history as the cradle of Washington’s wine industry goes back nearly 100 years, when William B. Bridgman planted European wine grapes in 1917 on Snipes Mountain near Sunnyside. After Prohibition was repealed, Bridgman launched Upland Winery, which was in business through the 1960s.

Later, Bridgman introduced Walter Clore of Washington State College to European wine grapes. This helped spark Clore’s interest, and he spent the rest of his life championing the Washington wine industry from Prosser.