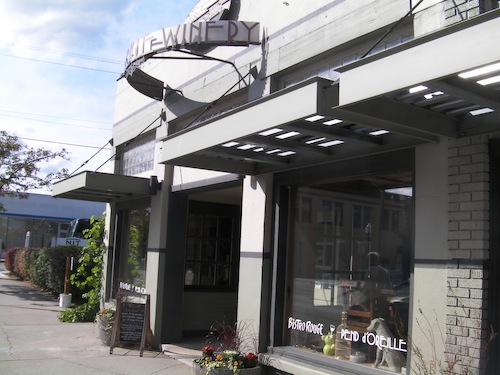 Pend d’Oreille Winery’s tasting room and restaurant is scheduled to move across the street in September. (Photo by Eric Degerman/Great Northwest Wine)

SANDPOINT, Idaho — Stephen and Julie Meyer, owners of Pend d’Oreille Winery, announced they have purchased the historic Belwood Building in downtown Sandpoint and will use it for their tasting room and restaurant operations starting Sept. 13.

The Belwood Building, at 301 Cedar St., is across the street from the winery, Bistro Rouge Café and tasting room on the corner of Third and Cedar, which has served as the winery’s headquarters for 11 years.

Pend d’Oreille’s award-winning winemaking will return to its warehouse on Boyer near the Sandpoint airport. 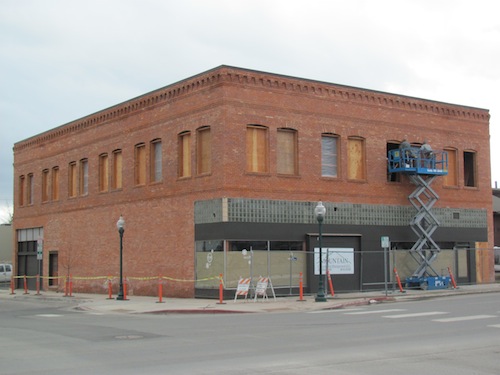 “Yet now we have the opportunity to take stride into our next growth stage as a business and embrace a fantastic new accommodation — the historic Belwood Building,” the Meyers said in a news release. “Funny enough, the Belwood building is diagonally across the street from the current winery so we will still be on the corner of 3rd and Cedar.”

The move of the tasting room and restaurant will begin after Sept. 8, which marks the end of Pend d’Oreille Winery’s annual Harvest Party and grape stomp.

MickDuff’s Brewing Co. will be leasing that space from Sandpoint Property Management and using the
facility as its new brewery, while continuing to operate at First Avenue, according to the Meyers.

The Belwood was built in 1909 and served as the home for Williams Mercantile and the Saint James Hotel and Cafe before conversion to a furniture store in 1916. Ernie Belwood purchased The Furniture Exchange and the Belwood from his employers, the Jeffries family.

The building had been vacant until the Meyers began renovations, which have included removing exterior paint and restoring the brick.