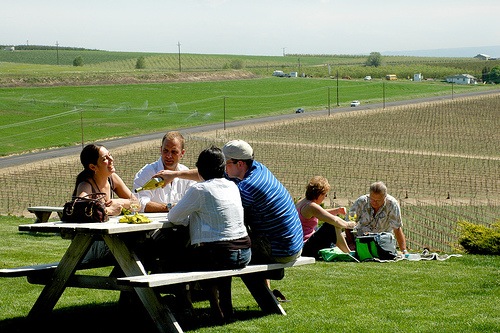 PROSSER, Wash. – As wine lovers descend on the Yakima Valley this weekend for the annual Spring Barrel Tasting event, wineries are looking forward to long hours and an opportunity to get some face time with customers.

Spring Barrel Tasting officially began in 1983. Or it might have been 1981. Two of the winemakers who were there from the beginning are a little fuzzy on the details.

Regardless, its roots go back to 1978, when Hinzerling Winery owner and winemaker Mike Wallace opened the doors of his Prosser winery for visitors. Back then, he was pretty much the only winery in the Yakima Valley, though Chateau Ste. Michelle did have a production facility in nearby Grandview.

“I didn’t have any wine ready to sell yet,” Wallace told Great Northwest Wine. “I had wine in barrel and wanted to educate some of the locals.”

In 1980, John Rauner of Yakima River Winery joined Wallace, “and we were off and running.”

By 1983, John Williams at Kiona Vineyards Winery had enough wine – Chenin Blanc and Lemberger – to get in on the fun, so the Spring Barrel Tasting Weekend officially began.

Today, it’s one of the biggest weekends in Washington wine country, drawing thousands of people from across the state.

“It’s always been our best weekend of the year by any measure,” Wallace said. “It’s financially successful and also has created goodwill for the industry.”

Barbara Glover, executive director of Wine Yakima Valley, is participating in her ninth barrel tasting weekend. She noted that one winery reported making $25,000 in one day last year.

“It’s definitely a valuable event to the wineries,” she said. “It’s exhausting for them, too. They work really hard, and by the end of the weekend, they feel pretty good.” 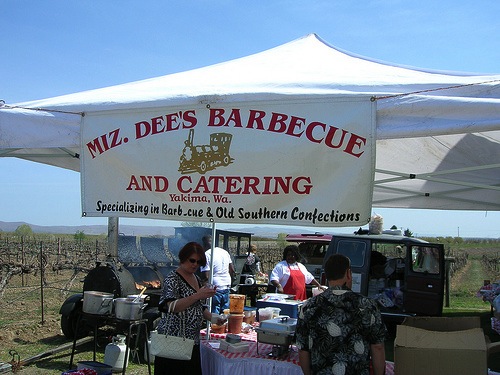 About a decade ago, the event turned from being a wine tasting education event to more of a party atmosphere, with a few incidents of patrons drinking too much and becoming rowdy.

“I wouldn’t say it got ugly, but it was uncomfortable for everyone,” Wallace said. “That party attitude had to change.”

Glover said the incidents took everyone in the industry aback, so they needed to begin providing more education to tasting room workers with regards to who cannot be served and how to gently handle situations before they get out of hand.

Now, everyone is ID’d before they are served, and wineries gauge the sobriety of visitors when they arrive.

“Everybody wants customers to have fun, but we have to abide by a set of policies to keep everything orderly,” Glover said. “It makes it more fun for everybody who attends.”

Part of this strategy was creating the Premier Pass, a $30 pass that includes waived tasting fees and access to special bottlings and food. The extra fee requires patrons to be more organized in their planning and creates a higher level of commitment.

Wineries also are offering more attractions, such as live music and catered food.

Wallace, who has slowed down his winemaking in recent years, is doing a “reverse barrel tasting,” in which he reaches into his library and pulls out older bottles so visitors can compare older wines with newer offerings.

“It’s a good way to show folks how well wines can hold up,” he said. “It’s also a good way to get my library cleaned out,” he added with a grin.