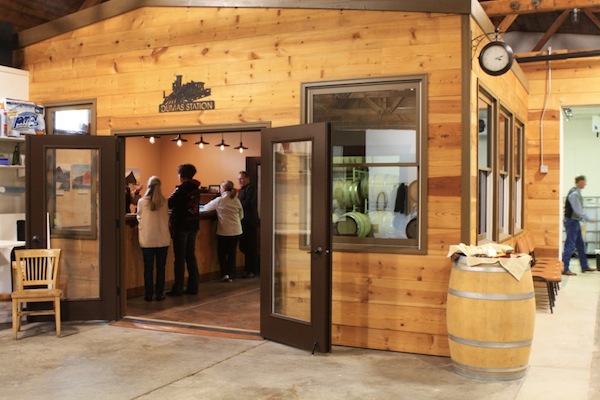 DAYTON, Wash. – Trips to wine country recently have been coined as “enotourism” or “vinitourism,” but today marks the inaugural Wine Tourism Day – a new North American marketing campaign embraced by a number of wineries in the Pacific Northwest.

Today’s listed events include a tour of the vineyards surrounding Maryhill Winery, with co-owner Vicki Leuthold serving as the guide, and celebrations at Oregon leaders such as Ponzi and Sokol Blosser.

Dumas Station Wines, a boutique winery in the Walla Walla Valley, will be among the nearly 20 wineries in Washington state to observe Wine Tourism Day.

“I looked into it and thought it would be great,” said Ali Harvey, who heads up marketing and sales at her family’s 10-year-old winery. “We’re a bit off the beaten path, and I figured that it would be another way for us to get on the map and stand out from others this weekend.”

Indeed, Dumas Station is the only Walla Walla Valley winery to post an event on WineTourismDay.org.

As of Friday, 13 events were scheduled in Oregon on WineTourismDay.org. British Columbia listed six, and Idaho featured two.

“The individual valleys and wine associations do a pretty good job of promoting wine tourism all the time, but I am surprised I haven’t seen more about it on Twitter yet,” she said.

“It’s a good opportunity to promote wine, but in my mind, every day is ‘Wine Day’ in our world,” Harvey added. “Hopefully, this gives the local wine consumer a chance to support this national thing that’s trying to catch on and make it bigger next year. ‘Go Wine!’ ”

Overall, the master listing on WineTourismDay.org showed events in more than 20 states and throughout Canada.

European Day of Tourism began in 2009

Historically, the continent is young when it comes to developing and embracing a wine culture. The New World isn’t too far behind, though, when it comes to formally recognizing “wine tourism.”

The official European Day of Wine Tourism began in 2009, and the sixth annual International Wine Tourism Conference is scheduled for next spring in Tbilisi, Republic of Georgia. It was first held in 2009 and has grown beyond 700 attendees representing more than 40 countries.

Zephyr Adventures, who annually orchestrates the Wine Bloggers Conference, also will be organizing the tourism conference, which will be capped Nov. 16 by the inaugural Great American Wine Festival. The public event will feature wines from California, Missouri, New York, Ohio and Oregon.