LOWDEN, Wash. — There are a number of outstanding lunch spots in Walla Walla, Wash., but Woodward Canyon Winery again provides east-bound wine lovers a seasonal oasis beyond the outskirts of town.

Darcey Fugman-Small and her dynamo husband – founding winemaker Rick Small – re-opened their Reserve House Restaurant for the season. They continue to rely on regional products, including their own Lazy S Arrow Produce, for lunch service from Friday through Sunday at least through October. 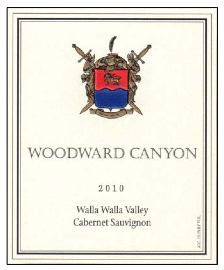 “Last year, since it was our first, I’d probably give us B,” she said with a chuckle. “The food was really good, and we received good comments from our guests and particularly from the other wineries at this end of the valley.”

Until last year, hungry tourists visiting the wineries west of Walla Walla had little to choose from other than a mini-mart corn dog if they didn’t think to pack a picnic.

“It’s four hours from Seattle or Portland to all the wineries between where we are at and town,” Fugman-Small said. “We started doing cheese boxes a few years ago because you really want people to get some food in them before they start tasting.”

The restaurant is adjacent to the famous winery they created in 1981, and it seemed to be a natural progression for the family business.

“We’ve been raising vegetables now for about six years and selling to local restaurants,” she said. “And typically when we do an event, we don’t bring in caterers because we all like to cook.”

The Reserve House isn’t the smallest restaurant in the Walla Walla Valley either, accommodating 34 diners.

“We expanded by two seats,” she laughed. “There was a two-top (table) that I turned into a four-top, but we have all communal seating inside. It’s cool to watch people visiting. Often the people will see each other at the other wineries, so they get to talking and then you get to hear all their conversations, which is kind of fun.”

That first year wasn’t as pressure-packed as it might have been, in part because Woodward Canyon approached it as a soft opening, Fugman-Small said.

“We started out slowly, using only Facebook and word of mouth,” she said. “This year, we’re going for it.”

And like a year ago, the restaurant didn’t open until the second weekend in May because the dining room is used to help with wine tasting during the Walla Walla Valley’s all-important Spring Release Weekend.

This year, the family promoted Arturo Tello Jr. into the executive chef position and hired Chad Bostwick as sous chef. Last year, Tello served as Heidi Varney’s sous chef, and he’s on target to graduate from the Wine Country Culinary Institute. Varney graduated last year from the Walla Walla Community College program and now works at the Coeur d’Alene Resort. Bostwick also is in the curriculum.

So while there’s the culinary tradition established with the local college, there’s the lingering possibility that one day the Reserve House head chef position will be filled within the family. That’s in the hands of Sager Small, a musician and a trained chef working at Café Presse on Seattle’s Capitol Hill.

“He’s only 26,” Fugman-Small said of her son. “I won’t speak for him, but he’s pretty interested in this concept of growing produce, using local ingredients and then serving it. He’s not ready to move out of the city just yet though.”

Both of the Small children own a share of the family operation, so it might just be a matter of time before Sager comes home to work full-time in the winery’s commercial kitchen.

“He’s been giving us advice, checking things out, and he’s come over the last two falls and done harvest dinners for us,” she said.

Lazy S Arrow Produce, which will continue to supply restaurants such as Café Flora in Seattle and The Marc in Walla Walla, is grown at the base of Woodward Canyon Estate Vineyard. Tello adjusts the menu each week, but he focuses on estate, local and regional ingredients every day.

“Things grow really well in the Walla Walla Valley, so we have increased production of some things this year,” she said. “Lazy S is 1 1/2 acres, but we could expand.”

The additional demands of operating a restaurant prompted the Smalls to shut down their Lazy S Arrow Market, but many of the specialty items available at the market continue to make their way onto the menu.

Charcuterie comes from Fino in Fondo in McMinnville, Ore., and Cured by Visconti in Leavenworth. The cheese is supplied by Beecher’s in Seattle and Cypress Grove Chevre in California’s Humboldt County.

“We are lacking local goat cheese,” she said. “I love it, and I’ve tried a bunch to hunt down some, but so many of these guys are so small that they sell it all out the door and don’t sell wholesale. I don’t blame them one bit. We all would like to be able to do that.”

Well-known Monteillet Fromagerie in nearby Dayton falls in that category, she said. Fortunately, local fresh meat is not in short supply.

This year, sources for hamburger will include the Lostine Cattle Company, owned and operated by the Figgins, longtime family friends and founders of Leonetti Cellar. Hamburger buns — and most of the bread — is baked by the Walla Walla Bread Company.

However, on those special pizza days, the crust will be handmade at Woodward Canyon.

“Every now and again Rick sticks his hand in and does pizza in our wood-fired pizza oven,” she said.

Facebook followers will learn when the famous winemaker will be tossing pizza, but visitors to the winery can see Fugman-Small and staff member Shari Brumbach get their hands dirty nearly every day.

“The guys are working in the vineyard and Lazy S everyday, but down here it’s either me or Shari in the raised beds,” Fugman-Small said. “It’s really cool to pick things like salad greens or strawberries and see them on the plate in 10 minutes. I get a real charge out of that.”