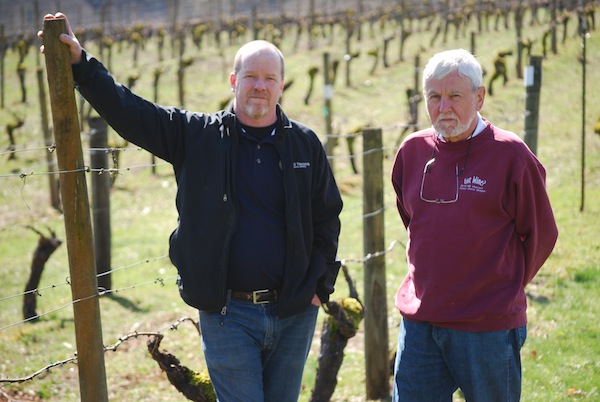 FOREST GROVE, Ore. – David Hill Vineyards & Winery and its winemaker, Jason Bull, with his own Zimri Cellars label, are scheduled to open and share a secondary tasting room June 1 in Newberg.

“It’s a nice little town working to make itself into a wine town, and The Allison (Inn & Spa) was a start of that,” Bull said. “It’s not quite like Carlton in terms of a wine-tasting area, but more people are putting effort into making it a wine destination.” 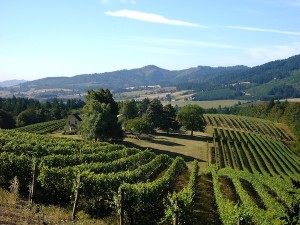 David Hill Vineyards and Winery in Forest Grove, Ore., features some of the oldest plantings in the Willamette Valley. (Photo courtesy of Jason Bull)

Creating a secondary tasting room is a significant move for David Hill, a Forest Grove winery that uses an 1883 farm house as its tasting room. Milan Stoyanov bought the picturesque 140-acre farm along David Hill Road in 1992 and named the winery for the Oregon pioneer who is the namesake for the town of Hillsboro. Stoyanov opened the winery in 2000.

“I think we’ve got some great wines here,” Bull said. “Our Black Jack Pinot Noir is a $55 wine, but in Yamhill County that same quality of wine will sell for $80. We’re missing out on that because people think of it as a Washington County wine. It’s been hard for us to create the demand that we think a lot of the wines deserve.”

Pinot Noir makes up about half of the 45 acres of vines at David Hill. While the late Richard Sommer is recognized as the first to plant the red Burgundian variety in Oregon, there are 10 acres of Pinot Noir at David Hill — reportedly established in 1965 by Charles Coury — that rank as the oldest in the Willamette Valley. 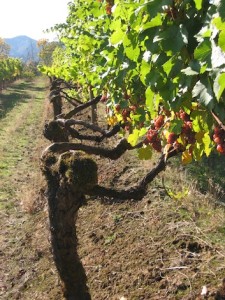 Some research indicates the late David Lett, founder of The Eyrie Vineyards, planted his Pinot Noir prior to Coury. However, the debate continues and there’s another report in the works, Bull said.

““We tell our customers these are the oldest vines in the Willamette Valley, and we want to be confident with our words,” Bull said. “We just want Chuck Coury to get his recognition.”

Many consumers enjoy the history surrounding David Hill, and Bull hopes to inspire his Newberg guests to make the drive to Forest Grove.

“We have 14 wines at David Hill, but we will only offer half of those at the Newberg tasting room,” he said. “And when people walk into the new tasting room, they will see the 10-foot-by-7-foot mural of the David Hill property. It’s got that ‘Wow!’ effect, and then we can tell them, ‘That’s what you’ve been missing all this time.’ You should go visit.”

Bull lives in Newberg and has a small facility at Zimri, which is along Zimri Drive. He’s been the winemaker and vineyard manager at David Hill since 2005, taking over for Pascal Valadier. Prior to that, the Fresno State graduate worked in Sonoma with Dry Creek Vineyards and Benzinger, and then Flora Springs in Napa, before moving to Oregon in 2000 and spending four years making wine in Carlton at Laurel Ridge.

Since the joint tasting room with David Hill was his idea, Bull himself will be staffing it. Fortunately, it’s less than a five-minute drive from his home, which is just above The Allison.

“I’m hoping people will go, ‘Oh, wow! You’re the winemaker,” Bull said. “That will be a selling point behind this.”

However, it also will open him up to more incidents of people thinking he’s Mr. Hill.

“I get called ‘David’ probably three times a week,” he said.

Ultimately, he’s hoping success in downtown Newberg will allow him to expand his Zimri Cellars brand. He created his own label in 2006 and re-launched it this spring. After starting off “fast and furious,” Bull said, he’s backed off on production.

“I didn’t have a retail outlet, which is the reason I joined David Hill,” Bull said. “And since David Hill is all the way in Washington County, we’re missing a lot of the tourists from Portland who are coming to Yamhill County for wine tasting.”

He will be pouring only one Zimri wine to start with in Newberg. Overall, Bull makes about 9,000 cases for David Hill and 2,000 cases for custom crush clients.

“My goal, my dream is to turn my barn in the backyard into a Zimri winery,” he said. “I’ve been making wine for other people for 26 years now. Someday, I would like to just have my own thing.”

His first event will be June 7 as part of downtown Newberg’s First Friday ARTwalk, and there are plans for an large-scale open house in mid-June.