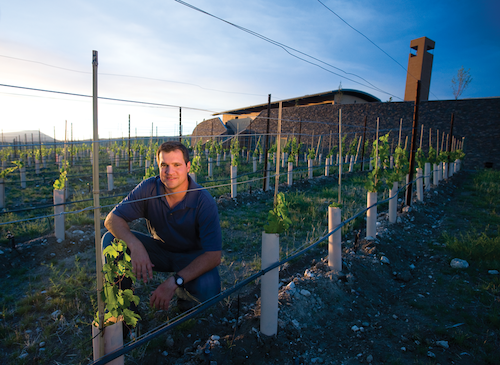 Marcus Notaro has been head winemaker at Col Solare on Red Mountain since 2003. He will take over winemaking responsibilities at Stag’s Leap Wine Cellars in the Napa Valley. (Photo courtesy of Col Solare)

Marcus Notaro will be moving from the crown jewel of Red Mountain to one of the Napa Valley’s most famous wineries.

“I love the wines we make here,” Notaro told Great Northwest Wine. “But that is an iconic California property. How can you not go?”

Both wineries are co-owned by Ste. Michelle Wine Estates in Washington and Marchesi Antinori of Tuscany.

Notaro has been the head winemaker at Col Solare for the past 10 years. He started his Washington winemaking career in 1995, working for Columbia Crest in Paterson.

Col Solare began in 1995 as an international collaboration between Washington’s oldest winery and one of Italy’s most famous wine dynasties. The Antinoris are on their 26th generation of family winemakers, dating to the 1380s, while Ste. Michelle’s roots go to 1934, soon after Prohibition was repealed. The two companies first produced Col Solare – a single Cab-based blend – at Chateau Ste. Michelle until building a grand structure near the top of Red Mountain in the eastern Yakima Valley. The $6 million winery, cellar and tasting room opened in 2007. 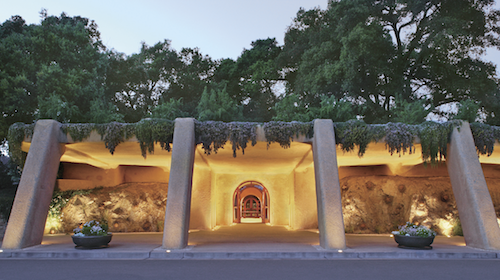 The entrance to the barrel caves at Stag’s Leap Wine Cellars. (Photo courtesy of Stag’s Leap)

Stag’s Leap Wine Cellars’ story begins in 1970, when Warren Winiarski launched the winery in the Stags Leap District of Napa Valley. His 1973 Cabernet Sauvignon finished on top of the famed 1976 Judgment of Paris tasting, when 11 French wine experts rated it above such classic Bordeaux as Haut-Brion and Mouton-Rothschild. 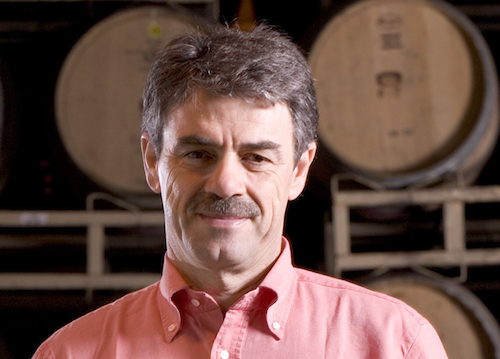 Renzo Cotarella is chief enologist for Antinori and is involved with the winemaking at Col Solare and Stag’s Leap Wine Cellars. (Photo courtesy of Col Solare)

“Renzo is (at Stag’s Leap) three or four times per year to be involved in tastings and blending,” Notaro said. “I’ve really enjoyed making wine together with Renzo and am thrilled to continue to do that.”

Notaro replaces Nicki Pruss, who worked at Stag’s Leap beginning in 1998 and became its head winemaker in 2005. She left the winery this spring. Ste. Michelle and Antinori have not announced a replacement for Notaro. He said he plans to spend time at both properties for the next few weeks before moving to California.

The University of Washington graduate said he’s a bit intimidated about taking responsibility for winemaking where America’s most famous red wine was made.

“I’m following in the footsteps of an American legend,” Notaro said of Winiarski. “I enjoy the challenge in Washington, and I look forward to the same challenge to express the vineyards in California.”