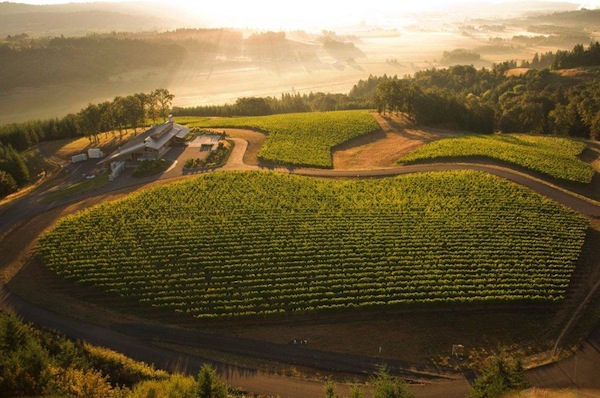 NEWBERG, Ore. – Lynn Penner-Ash and husband Ron are celebrating two historic anniversaries this year at their winery in Newberg, and they are establishing a new tradition by staging  concerts for a second straight year.

The Summer Benefit Music Series at Penner-Ash Wine Cellars will be in the oak grove near their vineyard and winery overlooking the Chehalem Valley. Seattle soul rocker LeRoy Bell and His Only Friends will play Aug 4. New England singer/songwriter Lori McKenna performs Aug. 11. 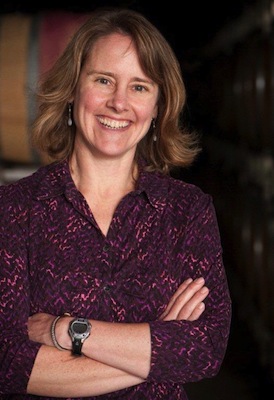 Lynn Penner-Ash was the female to serve as a head winemaker in Oregon when she took over at Rex Hill in 1988. (Courtesy of Andréa Johnson Photography)

Each acoustic show will benefit a different charity, and each evening will include picnic-style fare from an acclaimed Willamette Valley chef. The vineyard concerts are a special project for Lynn Penner-Ash, who began making wine 25 years in Oregon. This year marks the 15th anniversary of the brand she launched as a family – Penner-Ash Wine Cellars.

“Music and wine are similar in that they both can provide an unforgettable experience that transcends the moment,” Ron Penner-Ash said in a news release. “We can all remember that special song, and for many of us, that exceptional bottle of wine, that created a lasting impression. Our intent with our Summer Benefit Music Series is to create an intimate setting at Penner-Ash to enjoy food, wine and original music by influential musicians. Also, to support our business ethos of giving back to our communities, we’ve committed 100% of ticket sales to local non-profits.”

The winery grounds can seat 200 on the fermentation deck for indoor performances, and outdoor concerts under estate oak trees near the new fire pit also can seat 200, according to Jane Box, Penner-Ash marketing manager.

Bell appeared on X Factor in 2011 and has written songs for Elton John, Jennifer Lopez and The Temptations. The chef catering that picnic is Paul Bachand of Recipe in Newberg. Friends of the Children will be the beneficiary. Cost is $300 per couple.

Portland-based trip-hop artist Stephanie Schneiderman will be opening for McKenna, who released her new album Massachusetts earlier this spring. The accompany chef for the evening is James Beard Award-winning chef Vitaly Paley, who operates Paley’s Place and Imperial in Portland. Ticket sales will be donated to ¡Salud! in support of its mission to provide healthcare services to Oregon’s seasonal vineyard workers and their families. Cost is $100 per ticket.