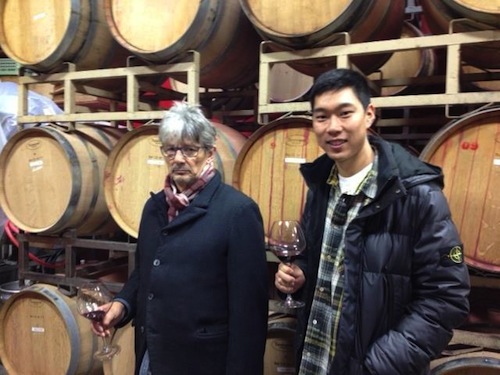 Will Camarda, right, will join his father, Chris, left, at Andrew Will Winery on Washington’s Vashon Island. The winery is one of the state’s oldest and most-respected producers. (Photo courtesy of Andrew Will)

VASHON, Wash. – This Sunday should be extra special for Chris Camarda, as his son Will has joined him in running Andrew Will Winery, one of Washington state’s oldest and most important wine producers.

Will Camarda, for whom the winery was named – along with his cousin Andrew – is a geologist by training. The 2010 University of Washington grad worked for Sound Earth Strategies in Seattle as a geologist before joining his father at Andrew Will.

“I am happy that I had the chance to work in my field of geology, as I knew that experience and education will serve me well as I learn more about viticulture,” Will Camarda said. “But I also know that continuing my dad’s legacy is a chance of a lifetime. I have many fond memories from my childhood of climbing amongst the wine barrels with my sister Lucia and visiting the vineyards in Eastern Washington. Now, I will actually have a hand in shaping the winery’s future.”

Chris Camarda grew up in Seattle and began making wine as a hobby in 1987. Andrew Will launched with the 1989 vintage. He moved the winery from Seattle to Vashon Island in 1994. 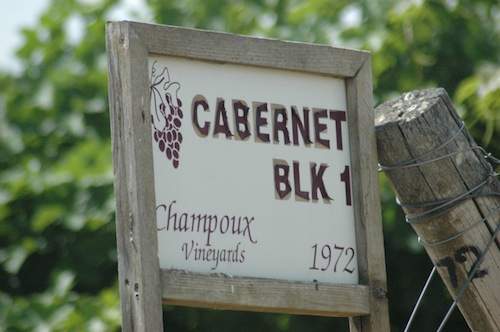 Chris Camarda is a part-owner of Champoux Vineyards in the Horse Heaven Hills. The vineyard is one of the top Cabernet Sauvignon growers in the Pacific Northwest. (Photo by Andy Perdue/Great Northwest Wine)

Camarda is a part owner in famed Champoux Vineyards in Washington’s Horse Heaven Hills, along with Powers Winery, Woodward Canyon Winery and Quilceda Creek Vintners. He also an owner in Two Blondes Vineyard near the Yakima Valley town of Zillah, and he also buys grapes from Ciel du Cheval Vineyard on Red Mountain and Discovery Vineyard in the Horse Heaven Hills.

In the past 10 years, Camarda’s focus has moved from varietal wines to single-vineyard red blends.

Camarda said he is pleased his son is joining him at Andrew Will.

“While I had no expectations that he would follow in my footsteps, I have privately hoped he would take an interest in the wine business,” he said. “He will learn all aspects of the business – from sales and marketing to winemaking and vineyard management.”