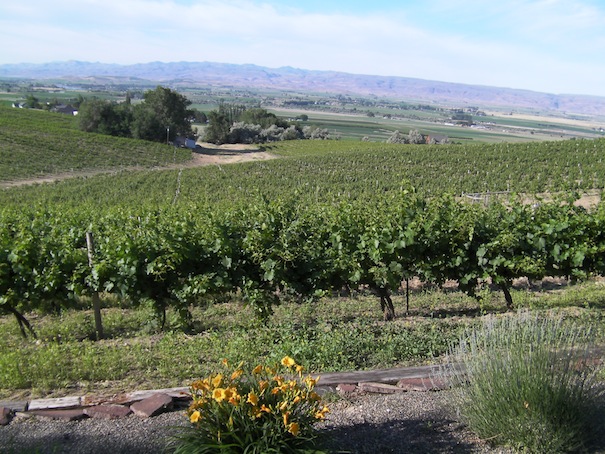 BOISE, Idaho – A pair of the nation’s most popular Masters of Wine, Bob Betz and Doug Frost, are set to spend a few days in the Snake River Valley this summer to evaluate the wines and labels of the Idaho wine industry.

There are 50 wineries in Idaho, and Dave Minick, vice president of vineyards for Precept Wine – the Seattle-based group that owns the Gem State’s largest winery and its biggest vineyard – applauds the seminar made possible by the Idaho Wine Commission.

“I will put this out there,” Minick told Great Northwest Wine. “I think the Snake River Valley vineyards are almost on par with the Columbia Valley. The problem with Idaho wines are many of the Idaho winemakers. It’s not in the quality of the fruit. They need to hear that – and they need to learn that oxygen is not your friend.”

“Each winery will also have the opportunity to have a short meeting with Doug and/or Bob to discuss their findings in a confidential environment,” Dolsby wrote to her members. “The individual results will only be shared with the given winery, although group, coded samples will be utilized for industry recommendations as a whole. This process will be similar to a blinded wine competition in regard to coding and double blinding.”

Kathyrn House, a winemaking and viticulture consultant based in Boise, said, “It’s something that Walla Walla and other wine regions have done in hopes of getting better branding. This is not forming an alliance, but it’s an effort to get better as a group through a forum led by a couple of people with world-class experience to evaluate the wines and evaluate the packaging.”

Betz’s storied career includes 28 years as an executive at Chateau Ste. Michelle and creating his cult winery just a few minutes away at Betz Family Winery starting in 1997.

Frost, who lives in Kansas City, is one of just three in the world to achieve both Master Sommelier (1991) and Master of Wine (1993) status. He’s also widely sought after as an international wine judge.

House, who operates Wine Wise Idaho, also played a role in orchestrating the August visit. She worked as an assistant winemaker for Betz in Woodinville, Wash., before marriage took her to Idaho. And she’s attended several seminars involving Frost during course work for the Master of Wine certification she’s begun. 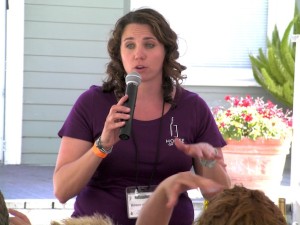 “The first time I met Doug was at a Master of Wine retreat,” House said. “I’ve heard him speak several times at seminars, and every time he’s been very engaging and talks about not just wine quality but also from a business management standpoint.”

Presenting wines and brands for scrutiny to two of the world’s top wine professionals might be uncomfortable, but it’s a rare exercise that should not be missed by any winery, House said.

“People are nervous, but our goal is to make it as non-intimidating and confidential as possible,” House said. “The wines will be in front of eyes that have been seeing and tasting wines from all over the world, and they will be seeing what our industry is doing well as a group and things we should be working on.”

And few in the wine industry are as well-respected and embraced as Betz and Frost.

“This a great opportunity for us as a group,” House said. “You always want to learn from those who know more than you, but Doug and Bob not only have a depth of knowledge, but they are good, solid people who have an understanding of the challenges faced by an emerging industry.”

Minick, founding winemaker at Willow Crest Winery in Prosser, Wash., said several Yakima Valley wineries tried something similar about a decade ago with two of Washington’s most respected wine professionals.

“Wine Yakima Valley created a panel with Wade Wolfe and Stan Clarke, and before we would send a wine into Wine Press Northwest (magazine), it went across that panel,” Minick said. “That only happened for a couple of years, I think, but it definitely got people thinking differently.”

“She has the potential to really help that industry,” Minick said.