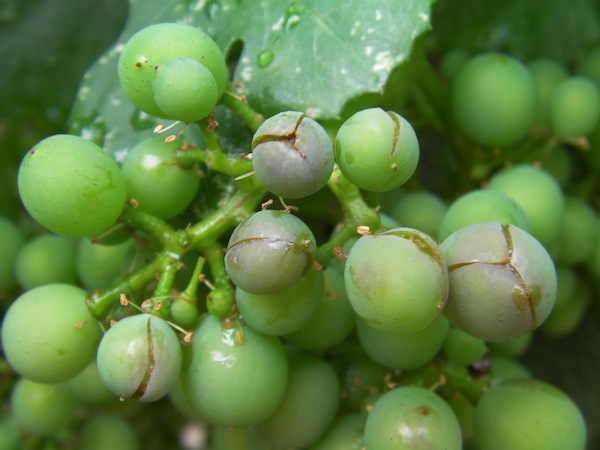 PROSSER, Wash. – A pair of hailstorms pelted parts of eastern Washington on Saturday morning, but little damage was seen was reported in Yakima Valley vineyards.

“It was the biggest hail that I’ve seen,” said Greg Fries, director of winemaking and vineyards for Desert Wind Winery in Prosser and Duck Pond Cellars in Dundee, Ore.

After dawn Saturday, storm cells more than a two hours apart dropped hail in the valley.

“I walked through them yesterday after the hail and again this morning,” Wolfe told Great Northwest Wine via email. “We too got hail at approximately 5:30 a.m. (pea size) and 8 a.m. (marble size) on Saturday, but it was short lasting (5 minutes?) and not very hard.”

Dick Boushey of Boushey Vineyards near Grandview, reported, “We had a little hail on Saturday morning, but there was no damage to grapes. I was told of golf ball size hail north of Sunnyside, but I do not know the extent of damage to grapes or tree fruit.” 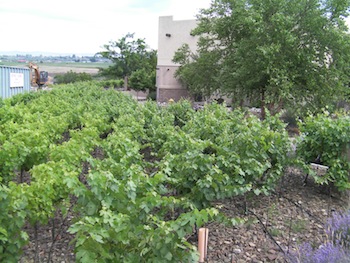 Fries found some damage to berries in his young but established Touriga Nacional vines just to the west of Desert Wind’s tasting room, restaurant and boutique hotel. The complex is adjacent to the Walter Clore Wine and Culinary Center, which is under construction.

“You can see where the hail hit and split the berries, and those will eventually turn into raisins,” Fries said. “Those vines are head-trellised, like you see sometimes in California.”

That trellising system leaves a small percentage of clusters exposed, and a few of the grapes on the top of those clusters were bruised or sliced by the hailstones.

Wolfe said there was considerable hail damage earlier in June near Grandview, and Boushey confirmed that.

“My apples have sustained substantial damage from a previous hailstorm several weeks ago,” Boushey said.