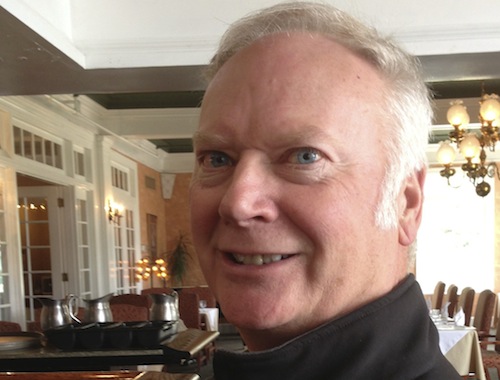 In the 1980s, Tim Kennedy founded Tim’s Cascade Style Potato Chips, a beloved snack producer in Auburn, Wash. Today, he and his wife, Lori, own Don Carlo Vineyard in the Walla Walla Valley. They have a tasting room at the Marcus Whitman Hotel and a vineyard near Milton-Freewater, Ore.

MILTON-FREEWATER, Ore. – Tim Kennedy has enjoyed no fewer than three successful careers, and his latest incorporates his background in agriculture with his love for wine.

In the Pacific Northwest, Kennedy is best known as the “Tim” behind Tim’s Cascade Style Potato Chips. Now he and his wife, Lori, own Don Carlo Vineyard in the Walla Walla Valley.

Back in the 1980s, Kennedy was an electronics engineer in the chip industry for a company that made packaging machines for companies such as Frito-Lay.

Getting into the potato chip business 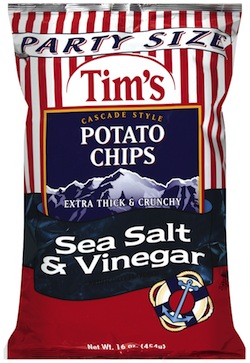 “I had the opportunity to get into the kettle side of the industry in Texas,” he said.

He started Tim’s in 1986 in a warehouse in Auburn, Wash., and built a beloved mini-empire that now includes Hawaiian Kettle Style Potato Chips and Onion Rings and Erin’s All Natural Popcorn.

Tim’s Cascade Style Potato Chips used Washington potatoes. He said Idaho’s famous potatoes tend to be russets, which are used primarily by the french fry industry. While Washington also grows plenty of russets, it also produces the style of potatoes used by the chip industry.

He sold Tim’s to Birds Eye Foods in 2005 and now basks in early retirement and the sunshine of the Walla Walla Valley.

“Ironically, we settled in the Walla Walla Valley without thinking of getting into the wine industry,” he told Great Northwest Wine. “We’re following my wife’s dream now.”

Getting into Walla Walla wine industry with Don Carlo Vineyard

He and Lori bought an apple orchard in 2006 near Milton-Freewater, on the Oregon side of the Walla Walla Valley. They took out 10 acres of apples and planted Bordeaux varieties and Chardonnay in 2007. That fall, they opened Don Carlo Vineyard. Their small winery is at the vineyard, with Lori as the winemaker and Tim as the vineyard manager. The winery was open by appointment.

“I’m outdoors more now than I was in the chip industry,” he said.

The name for Don Carlo Vineyard comes from Lori’s grandfather Carlo, who emigrated from the Calabria region of Italy in the 1930s and ultimately settled in Seattle. Today, Carlo’s face graces the label.

During each of their first two vintages, the Kennedys purchased enough grapes to make about 1,000 cases of wine. In 2009, they began to use their estate grapes. Today, the bring in between 23 and 25 tons of grapes for making their own wines, and they purchase a small amount to make a Super Tuscan-style red wine. Kennedy sees them increasing production to perhaps 1,500 cases. 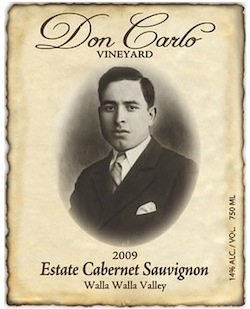 In 2011, the Kennedys were among the first wineries to open tasting rooms in the lobby of the Marcus Whitman Hotel in downtown Walla Walla, along with three other producers from the Oregon side of the Walla Walla Valley. Today, the lobby has six tasting rooms.

“It’s great,” he said. “We tend to get people checking in. It’s working well.”

Other than both being agriculture-based, Kennedy doesn’t see a lot of similarities between the wine and chip businesses.

“There’s less competition in the potato chip industry than on the wine aisle,” he said with a laugh.