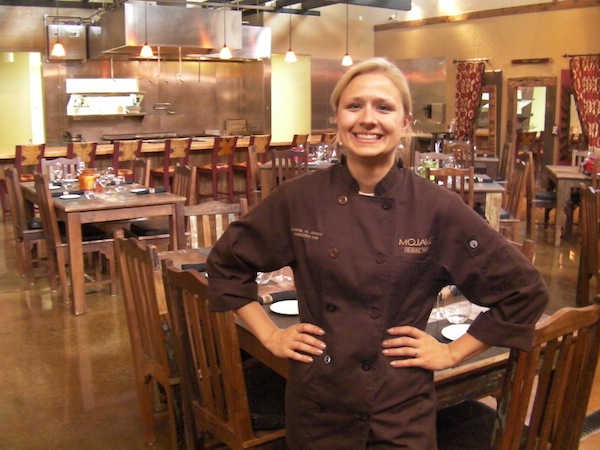 PROSSER, Wash. – Kristin Martilla Johnson has been chasing the warm sun since growing up in Alaska, and this young chef seems to have found an oasis at Desert Wind Winery in Prosser, Wash.

[youtube id=”eeQhgYCEugk” width=”620″ height=”360″]It didn’t take her long to make an impression on Desert Wind Winery co-owner Lisa Jenkins, who rapidly promoted Johnson into the role of executive chef at Mojave, the tony winery’s on-premise restaurant. At age 26, Johnson is well into her second year heading up the winery’s culinary program, managing the kitchen staff and orchestrating the catering.

“Kristin has really taken ownership of Mojave,” Jenkins said. “She involves herself in all aspects and really cares about the outcome.”

Desert Wind, with its Southwestern-themed architecture and décor, opened its doors on Wine Country Road in 2007. It provided Prosser and the Yakima Valley its first destination winery with a boutique hotel.

“Mojave is owned by Desert Wind Winery and was launched at the beginning as a show kitchen and test kitchen to promote local purveyors, other local wineries and stage events,” Johnson said. “It has evolved into something much bigger.”

Two years ago, Mojave began dinner service, but the restaurant component long had been an unpolished gem and a work in progress for Desert Wind before Johnson took over last year. At one point, regionally renowned chef Frank Magaña operated Mojave before he came full-circle and returned to work for nearby Alexandria Nicole Cellars. 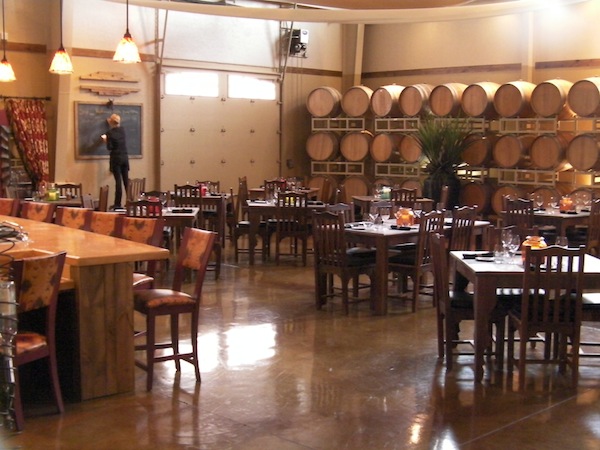 Under Johnson, Mojave is open to the public from 11 a.m. to 8 p.m. Wednesday through Saturday, with brunch and lunch service on Sunday. Her culinary talents, charisma and support of local growers have grown her a following beyond Prosser. Her bubbly personality easily rises to the surface during her early-morning, yet effortless, cooking demonstrations on live television for KVEW, the ABC-TV affiliate in nearby Kennewick, Wash.

“Kristin has not only a way with food but a way with people,” said Amber Fries, director of communications and public relations for the family two wineries, Desert Wind and Duck Pond Cellars in Dundee, Ore. “Our customers, our staff and our family all appreciate her friendly, upbeat attitude.”

Her work with Mojave’s monthly Supper Club Series, typically staged the last Friday of each month, might best showcase Johnson. And the charge for the prix fixe menu, traditionally $55 for three-courses with wine pairings, is as approachable as the chef.

“I get one local purveyor and one local winery to come in, and I get to mold a menu based around that purveyor and that winery,” Johnson said. “I have all sorts of wonderful people come to help me, telling me, ‘If you are doing this, try this wine.’ Sometimes, I get to try wines they might not be pouring in their tasting room.”

On July 19, Johnson will barbecue with Daven Lore Winery. By the time the series concludes Nov. 29 with Mercer Estates, the Supper Club Series will have featured nine Prosser wineries.

“It’s more of a community feel here,” Johnson said. “Being in a small town, you can’t be just the lone wolf. You have to work with your other local purveyors and local wineries to help promote each other as a team. We go to Prosser tourism meetings once a month and try to come up with ideas on how to get more people to come to our area.

“We feature another winery for the entire month by the glass so people have a little diversity, and we use it encourage people to come back to try something new,” Johnson continued. “We get a lot of industry members who come in and visit us regularly, so it is nice for them to be able to try something in addition to our wines.”

Food and wine pairings have been a focus for Johnson since her days at Western Oregon University in Monmouth.

“I got my degree in history and gender studies, although two years in I realized that maybe teaching wasn’t going to be on the top of my list of things to do,” Johnson said with a smile. “I was interested in culinary work, which I’d been doing since I was 17. I needed the push – and I got that push from a restaurant I was working in – that this is want I want to do. I finished my degree, but every job I got had to be within the wine or food  industry.”

Her wine industry résumé in Oregon includes work with Eola Hills Wine Cellars and Firesteed Cellars, both in Rickreall, and Crush Wine Bar in Monmouth. Her primary restaurant influence came at L’Attitude Point One in nearby Dallas, then owned by Janette Sinclair, described by Johnson as “a phenomenal chef and mentor for me.”

Johnson said Mojave averages between 40-50 guests per night, but the numbers throughout the day can be expected to grow significantly after the Walter Clore Wine & Culinary Center next door opens in October. Her small open kitchen and prized Traeger wood pellet grill have managed to serve as many as 375 guests during a charity event. Once a month, though, she enjoys giving the public a leisurely a peek behind the counter. 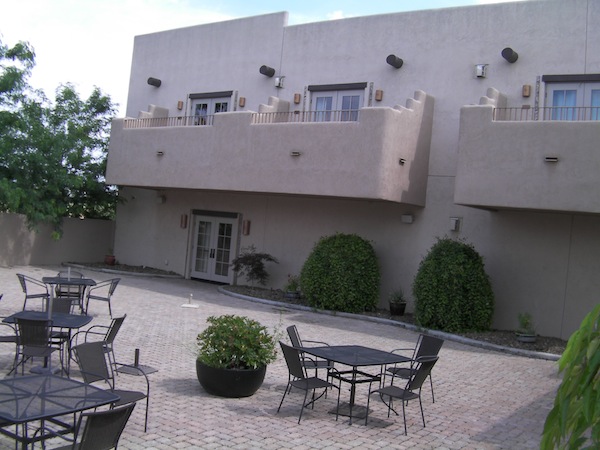 “At one point, I wanted to be a teacher. Well, I get to do cooking classes once a month,” Johnson said. “I base them on the Supper Club Series menu. It’s with the same wines and same purveyors, and I get a very small group of people to sit around the bar. It’s a lot more intimate. We talk about food and wine and just have a really good time. And they see how I make the recipes that we’re using for the evening and then they get to take them home. You also get a little keepsake and try it at home yourself.”

There’s also a fun program she built around her pellet grill.

“Scott and Lisa Jenkins, who have been amazing to me, got me the Traeger, and for the first three months, I think I tried to smoke everything,” Johnson said. “Pizza happens to be one of those things that I really enjoy, so we started offering flatbreads and music on the patio once a month.”

It’s been quite a transformation for Johnson in the decade since she left her home in Big Lake, just west of Wasilla. And don’t be surprised if she’s opened her own restaurant somewhere in Washington wine country by the time she turns 30.

“My family jokes about what I’m doing as a profession because growing up they cooked such phenomenal food I figured ‘Why do I need to get my hands dirty? You guys do it so well,’ ” Johnson laughed. “I would help occasionally. Both my parents and grandparents cooked while I was growing up, so I was around it, but by no means was I making these extravagant dinners until I was in college and they forced me to cook by myself. But I realized that I loved it, and it was working at one of the restaurants in Alaska I found a love to cook for people.”

By Aug. 1, Johnson will have even stronger ties to the Washington wine industry. She’s set to marry aspiring winemaker Mike McLaren, who works at Corliss Estates‘ Red Mountain operation. They met while both working at Firesteed, but their wedding will be in Alaska at the high of tourist season on Big Lake.

“I happen to be catering it myself,” Johnson smiled. “That may give everyone a little more stress, but then everyone seems to be more stressed than myself – including my fiancé.”