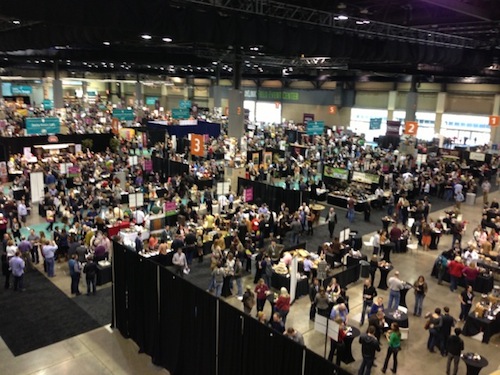 Taste Washington, at the CenturyLink Field Event Center in Seattle, has become the largest event of its kind. (Photo by Andy Perdue/Great Northwest Wine)

SHORELINE, Wash. – Simon Siegl has spent most of his working life as a key player in the business of Washington wine.

Now one of the industry’s most important nonprofits group is benefiting from the expertise of the state wine commission’s first – and longest-serving – executive director. 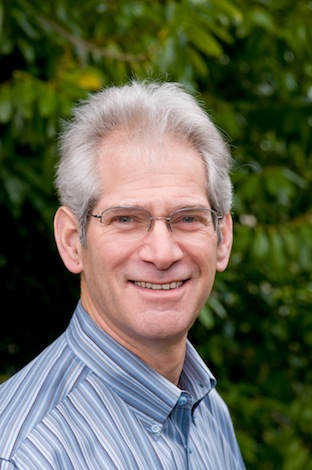 “I’ve been in the business for a long time, starting in the industry in 1985 with the Washington Wine Institute, so I’ve always been following it and working as a consultant to wineries as an ongoing project,” Siegl told Great Northwest Wine. “I thought it would be a good time to get more involved with the Washington Wine Industry Foundation, which has always been a great service to the wine industry.”

The Washington Wine Industry Foundation was created in 2001 to help develop scholarships, educational events, outreach and research to support the Washington wine grape industry. Siegl, 67, said the first two meetings have been enjoyable and he’s hoping to stretch his association with the group. At this point, however, his term as a director expires at the end of this year.

“It’s like a roulette wheel. There are five new directors, and some got the three-year term, some got two years and I got the one. I hope it’s not an indication they don’t want me to stay longer,” he chuckled. 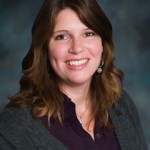 Stephanie Meier, an attorney for Stoel Rives in Seattle, is a director on the Washington Wine Industry Foundation. 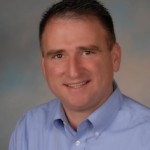 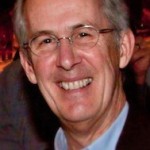 Mark Wheeler,  a founding owner of Saddle Mountain Vineyards, is a director on the Washington Wine Industry Foundation.

Vicky Scharlau, executive director of the Washington Association of Wine Grape Growers, holds the same position with the WWIF.

“We have a recruitment process that includes an analysis of current board member skill sets against a targeted list of ‘what we need’ to attain our long-term goals,” Scharlau said. “So each one had to submit a résumé and bio, be interviewed by another board member, have that information analyzed by the full board, be interviewed by the full board and then be voted on.”

Siegl would seem to have won his spot by a landslide because few in Washington state possess a better working knowledge of as many layers of the wine industry.

He graduated from Antioch College in Ohio with a visual arts management degree, which led him to Seattle where he was general manager of Intiman Theater Company for eight years. His career in the wine industry took flight in 1985 when he served as executive director for the Washington Wine Institute, and his efforts encouraged the state Legislature to create the Washington Wine Commission – which led to his appointment as its executive director.

“We were starting from scratch, it involved a lot juggling, some big territory and with limited resources to work with,” Siegl said. “My first job was to work with all the stakeholders in the wine industry and the state Legislature.

“I was on the ground floor, so my work was all about foundation laying, developing deeper relations with the national wine media and taking tours to major markets both for media and trade,” he continued. “The Auction of Washington Wines was also on our work list, and I believe we produced the first one in 1988.”

There was also the World Vinifera Conference.

“It was our job to create an international conference to bring industry and trade to the state because so few of them had ever been here,” he said.

That conference inspired the creation of Taste Washington.

“I guess that is the closest parallel,” Siegl said. “There was an education component and a tasting component.”

Taste Washington now takes over the CenturyLink Events Center for two days and is billed as the country’s largest wine event of its kind., A staff of three is dedicated to the Auction of Washington Wines, which has raised $26 million in its 25 years. And the wine commission employs 10.

From wine in Washington state to Washington, D.C.

And no one in Washington state has a better feel for what it’s like to work in the other Washington on behalf of the wine industry. In 1996, he left Seattle to become first president of the American Vintners Association, now known as WineAmerica.

“That was straight lobbying and building up relations with work based in Washington D.C.,” he said. “I committed to a move for a certain amount of time, and I wanted a term of three to five years to justify the expenses and the upheaval of my family. It ended up being six years. It was a good run.”

WineAmerica, the national association of American wineries, reportedly grew its membership by 30 percent during Siegl’s term, but his work in the Beltway also brought some disappointment and frustration.

“The downside, what was most significant, is that it was the early years of the heavy-duty partisanship which now has riddled Congress,” he said. “In 2000 and 20001, the House was controlled by Republicans who adopted a policy of entertaining only lobbyists who were dealing with Republican issues. Everyone else had to wait in the lobby. Suddenly, wine was a partisan issue, and wine has always been a nonpartisan issue. Everybody loves wine.”

Siegl’s time with the American Vintners Association overlapped Texas Congressman Tom DeLay’s era as House Majority Whip. Siegl had no trouble remembering the nickname DeLay was so proud of – “The Hammer” – and Capitol Hill’s partisanship continues to deepen.

“I don’t know how the trade associations deal with that environment,” Siegl said. “Look at the Farm Bill, which is dying on the vine. We used to get those passed very promptly, like clockwork, every five years. Now, you can’t even get it out of committee.”

Mark Chandler, who spent 20 years as executive director of the Lodi-Woodbridge Winegrape Commission in California, now serves as President of WineAmerica, which has a strong Pacific Northwest representation.

Marty Clubb of L’Ecole No. 41 in Lowden, Wash., is the group’s treasurer. The 29-member board of directors also includes Ron Bitner of Bitner Vineyards in Caldwell, Idaho; Kari Leitch of Ste. Michelle Wine Estates in Woodinville; and Steve Thomson of King Estates in Eugene, Ore.

“They have a terrific person in Mark Chandler as their leader,” Siegl said.

From wine lobbyist to winery consultant

Siegl resigned in January 2002, returned to Seattle and launched CoEfficient Consulting in 2005. While he said he’s never sought a return to the commission, he’s shared his insight, particularly when the post of executive director opened up.

“You can’t be 30 years old again,” Siegl chuckled. “However, I have put on my hats and talked to commission members and let them know what they should be looking for. I’ve been with the industry for a long time, even though it was my second career.”

His also described Steve Warner, who took over the commission last year, as “terrific.”

These days, the trade section of the Washington State Wine Commission website carries a link to CoEfficient Consulting.

“I work on the business side of wineries and businesses related to the wine industry,” Siegl said. “I work with them on strategic planning, the winery’s finances, how they can add value to their business and ultimately I also coach wineries on an exit or succession strategy – essentially from the birth to the death of the winery, although that’s not the most pleasant way to say that.”

“However, once the recession hit the wine industry, I suddenly had a streak of specialized business helping wineries, primarily in eastern Washington, establish second-location tasting rooms in Woodinville as a means to continue to grow their business in a shrinking economy and consolidated three-tier system,” he said.

Services he provided ranged from financial modeling, securing a lease, working with the Washington State Liquor Control Board and the city of Woodinville on permits and project management.  That group of clients included Amavi, Bookwalter, Dusted Valley, Gifford-Hirlinger, Lachini, Pepper Bridge, Sparkman, Trust and William Church.

More wineries are looking to move into the Woodinville market, but there’s a dearth of available space, Siegl said. That’s another reason he has more time to volunteer for charitable causes.

“There was the capacity for me to do more and like the work that the foundation does,” Siegl said. “I’ve done a lot of fundraising, I have a working knowledge of nonprofits and good connections within the industry.”

It also has allowed him to reconnect with others, including Scharlau.

“I worked with Vicky back when she was at the state apple commission,” Siegl said. “Everybody would agree the group – with its new blood of five new members out of 12 – gives it a lot of new energy. We’ve been meeting and talking about a revised strategy plan, and we’re ready to take the organization up a couple of notches and the work that it does for the foundation.”

“Before they filled these multiple spots, the board choose to be very thoughtful, careful and methodical about filling them all at once,” Scharlau said.

The foundation’s next major campaign is Angel Share, and its centerpiece event is the auction staged Feb. 6 during the annual WAWGG convention in Kennewick. Angel Share is named after the evaporation process that occurs in oak barrels of aging wine.