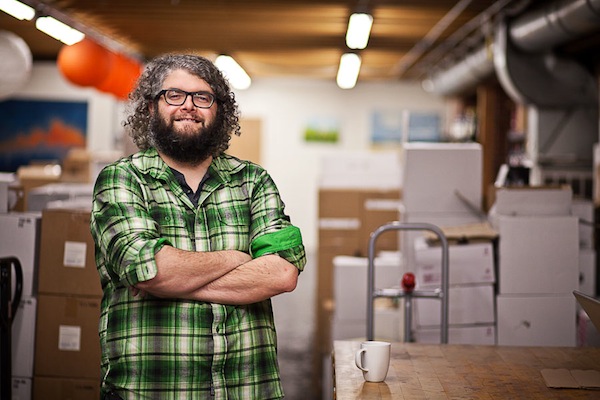 SEATTLE – The Puget Sound Business Journal announced this week that wine retailer Paul Zitarelli of Full Pull Wines in Seattle received a spot on its annual “40 Under 40” list for 2013.

“This year’s class joins the 560 past winners who have been recognized for their outstanding achievements in both career and community,” Gordon Prouty, Puget Sound Business Journal publisher, said in a news release. “They represent a diverse group of industries and background and demonstrate the innovation, energy and commitment that has made our region great, and will continue to make our region great moving forward.”

Zitarelli graduated from Harvard in 2000 with a degree in applied mathematics, moved to Seattle with his wife in 2004 and went on to business school at the University of Washington.

Some would view it as a risky business model – the selling of a luxury item in the midst of the Great Recession – but four years ago he launched Full Pull Wines, a warehouse operation focused on small lots from high-end Pacific Northwest producers.

“We’ve been around since 2009, mostly growing slow and steady, mostly through word of mouth,” Zitarelli told Great Northwest Wine via email. “But something seems to have clicked this year, some critical mass where we’re beginning to receive more recognition and publicity. After going through the scary years of getting a new venture off the ground and running, it has made 2013 an extremely gratifying year.”

Earlier this year, Wine Enthusiast placed the Sodo entrepreneur on its “40 Under 40: America’s Tastemakers” list.

Zitarelli uses his research and literary skills to communicate online with his customer base via an email blast, typically a couple of times each week. He’s published more than 1,000 detailed wine reviews and ships bottles to clients in more than 35 states — weather permitting.

Customers also can arrange to pick up at the Full Pull warehouse, which just east of the Alaskan Way Viaduct and north of the Spokane Street Viaduct.

Zitarelli also writes about wines and the wine industry for Seattle magazine, judges at several wine competitions and is on track to receive his Level 4 diploma from the Wine & Spirit Education Trust.

Puget Sound Business Journal will publish profiles on Zitarelli and the rest of its Class of 2013 in the September issue. There also will be a public awards ceremony Sept. 19 at Seattle’s Showbox Sodo.