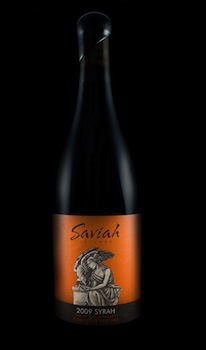 Montana native Richard Funk works in the neighborhood of some of the Pacific Northwest’s best Syrah, and his young eponymous vineyard – established in 2007 – shows remarkable character with third-leaf fruit from the proposed Rocks of Milton-Freewater AVA. There’s a huge nose of blackberry, orange oil, fresh-baked brownies and rose hip spice. On the palate is a presentation of ripe, but not sweet, fresh blueberry juice and boysenberry for delicious acidity. The tannin structure is background support, allowing for a finish of orange juice. Its high pH (3.96) hints at the hedonism and would suggest enjoying this sooner rather than later with bacon-wrapped filet mignon or seared elk tenderloin.