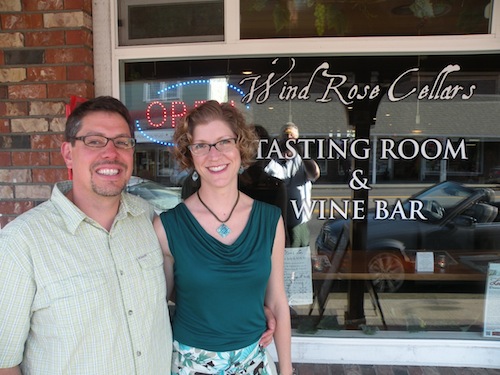 SEQUIM, Wash. – For a guy who has been part of the Washington wine scene for just a half-decade, David Volmut already is becoming a big deal.

Today, the former Midwest cable guy runs Wind Rose Cellars in this Olympic Peninsula town that faces the Strait of Juan de Fuca to the north and Hurricane Ridge to the south.

Volmut, a Kansas native, grew up in an Italian family where wine was always part of the meal.

“It was like your vegetables,” he told Great Northwest Wine. “It wasn’t something we drank after the meal. It was part of the meal.”

Volmut even remembers his grandfather tending vines he smuggled to America from the Piedmont area of Italy.

From IT to wine 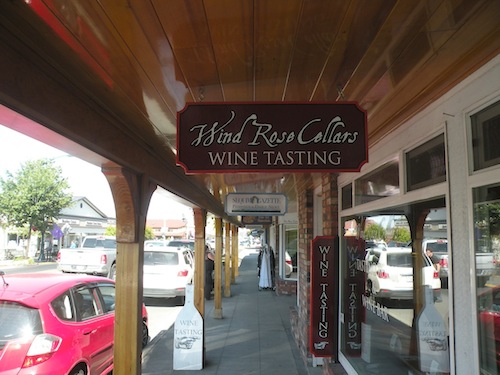 He was an unhappy cable and IT expert who needed to find something he could be passionate about. When his future wife, Jennifer, landed a job at Pacific Northwest National Laboratory in Richland, Wash. – in the heart of the Washington wine industry – Volmut decided to take a night class and see if wine might be what he was looking for.

“I just fell in love with it,” he said. “I’m a foodie at heart, and wine is the ultimate food.”

That was in 2007, and he began taking winemaking classes at Yakima Valley Community College in Grandview. To further his education, he took a tasting room job at Barnard Griffin and even stepped up as a volunteer to pour wine for the Wine Press Northwest tasting panel.

“I liked that aspect of evaluating wine, learning nuances,” he said.

Wind Rose Cellars heads to Sequim instead of gorge

[youtube id=”RReTEXykoyw” width=”620″ height=”360″]After a couple of internships at now-defunct Olsen Winery in Prosser – one in the winery and one in the vineyard – he began to look around at starting his own gig. By that time, he and Jennifer were married, and they focused their attention on the Columbia Gorge. However, some regulations got in the way with the property they wanted, including the stipulation that they needed to have a working vineyard before they could open.

Volmut already had some wine he’d made at Olsen and was ready to go, so he and Jennifer changed course. They wanted to be in an area with tourism, and Volmut spent a week in Sequim evaluating if it might be the right fit. Seeing that PNNL operates in Sequim and Jennifer could keep her day job and help fund the dream, they moved to the Olympic Peninsula.

They found a house in early 2011 that had an outbuilding, which now is their winery. In it, Volmut focuses on Italian varieties, including Barbera, Dolcetto, Primitivo, Nebbiolo, Pinot Grigio, Moscato and a red blend.

By his second year, Volmut had boosted Wind Rose Cellars’ production to 900 cases, and he’s now at 1,300, just shy of his goal of 1,500. Volmut and his brother Bill do all the winemaking, and they have a host of volunteers who show up to help bottle, cork and label everything by hand. After a long day, everyone sits down to a big Italian dinner.

They came up with the name Wind Rose because of Jennifer’s background in wind energy, and they found an old drawing from the 1,490s of a compass rose – a nautical chart that shows the direction of the wind. This particular one was called a wind rose, and that became the name of the winery.

Early this year, Wind Rose relocated its tasting room to downtown Sequim, where it serves as a wine bar, jazz club and art gallery. They serve cheese plates and flatbreads. On Thursdays, Fridays and Saturdays, it can be packed when local musicians begin playing.

One of those local musicians is none other than Lee Oskar, who was a key member of the ’70s band War – famous for Lowrider and Why Can’t We Be Friends. Oskar also is well known for his harmonicas – he launched Lee Oskar Harmonicas in the 1980s, which crafts some of the finest in the world.

Volmut met Oskar at a lavender festival, and Wind Rose is now an outlet for Oskar’s paintings, which adorn the walls of the tasting room. Together, they are doing a couple of wines with Oskar’s paintings serving as the label. One, called “Lavender Fields Forever,” will benefit the Sequim Lavender Farmers Association.

About 80 percent of Volmut’s wines are sold at his tasting room, which works well for him, but he believed his focus on Italian varieties would get him into more Seattle restaurants, especially the Italian places.

One other struggle is finding enough Nebbiolo. The noble red grape of Piedmont is one of the most important varieties in the world, but hardly any is grown in Washington. Until last year, Volmut bought all of the Nebbiolo that a Columbia Valley grower raised in a two-acre block. Even though Volmut paid his bills on time, the grower decided to yank it out and plant Cabernet Sauvignon instead. Now, he struggles to find another source.

Fitting in on Olympic Peninsula 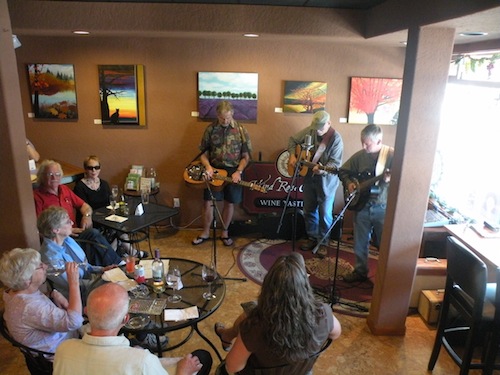 Though Wind Rose is the newest winery on the Olympic Peninsula, it seems to be fitting in well with its neighbors. There are three wineries to his west – Camaraderie, Harbinger and Olympic – as well as others in Port Townsend, the San Juan Islands and on the southern peninsula around Belfair, Shelton and Olympia. Wind Rose is the only winery in Sequim – Lost Mountain Winery closed a few years ago – and the only wine bar.

Volmut’s tasting room is a large, comfortable space with couches and chairs. Its coffeehouse feel would fit in Seattle or Bellingham.

“We’re trying to appeal to the happy hour crowd,” he said. “We want to provide something urban, European. We have a lot of repeat customers, and we want the locals to feel special.”