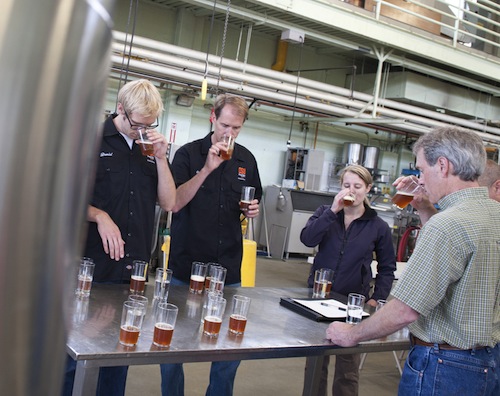 The program began in 1995 thanks to a $500,000 gift from Willamette Valley Vineyards CEO Jim Bernau, which was matched by the Oregon Legislature. That was enough to establish an endowed professorship for OSU fermentation science. That spawned more programs for brewing science, winemaking and viticulture, dairy and breads, according to OSU.

This year’s Legislature approved $1.2 million to enhance the OSU fermentation science program. It was sponsored by 41 legislators.

“It’s significant that a strong coalition of industry members and key legislators supported this initiative,” Bernau said. “This research effort will create more Oregon jobs in these growing industries.”

Bill Boggess, interim director at the Oregon Wine Research Institute, pointed out that fermentation adds value to many crops. His examples included:

The new funding will help OSU establish a research distillery at OSU, among other improvements.

“Oregon’s distilled spirits industry is relatively young and rapidly growing,” said Bob McGorrin, head of OSU’s food science and technology department, “similar to where the Oregon wine and microbrew industries were 25 years ago. 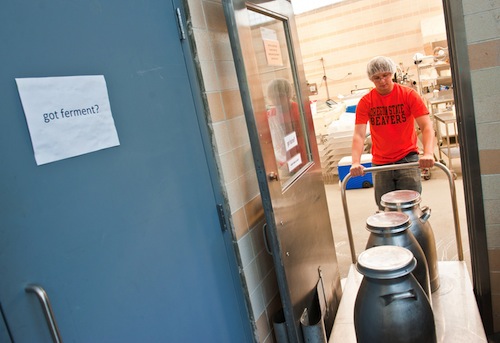 And the Oregon craft beer industry employs nearly 7,500 full- and part-time workers. The state’s 137 craft breweries have a total economic impact of more than $2.8 billion annually. With 51, Portland has the most breweries of any city in the world.

The OSU fermentation science program has enjoyed a 500 percent growth in the past decade, McGorrin said.

Dan Arp, dean of OSU’s college of agricultural sciences, said Oregon’s fermentation industries are growing so rapidly, there is an increased demand for regional ingredients.

“We need to advance our research in order to keep up with these industries and their needs for product innovation, food safety and sustainable production,” he said. “It’s all part of assuring Oregon’s reputation for premium quality products.”

Other areas the OSU fermentation science funding will help include: