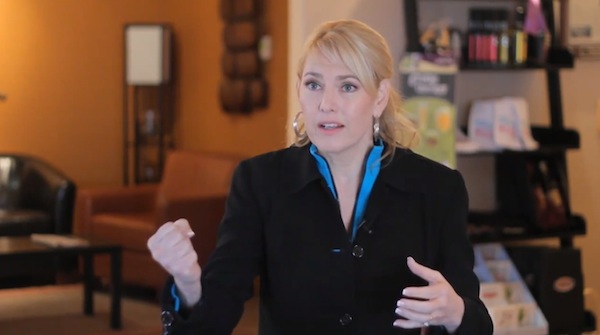 Mary Hurja, founder of Grow Local USA, is working to promote the Idaho wine industry in a variety of ways, including the inaugural Idaho Food & Wine Festival. It is scheduled for Aug. 24-25 at The Waterfront in Boise. (Photo courtesy of Grow Local USA)

Mary Hurja, a former sales rep for Sonoma giant Jackson Family Wines, is a snowbird and a believer wanting to add to the buzz surrounding Idaho wines. Later this month, she’ll launch the inaugural Idaho Food and Wine Festival in Boise.

“It’s an investment, and I’m learning valuable lessons,” said Hurja, director of Grow Local USA. “It might take me two to three years, and we’re self-funded, so that’s tricky.”

The Idaho Food and Wine Festival will be Aug. 24-25 at The Waterfront, a unique venue in Idaho’s capital city, and it marks the conclusion of a summer-long series called Music on the Water that Hurja created to celebrate Idaho wine, Treasure Valley food and Boise-area musicians and artists.  Her concept has brought a spark to The Waterfront, a mixed retail and office complex on Silver Lake at Lake Harbor.

“Grow Local is hyper-focused on local wine and local food, and I plan on taking this recipe from state to state,” Hurja said. “The reason for the store is to create choices for local wines and about the local community. I work with the people who want to work with me, but I’m trying to brand the entire region.”

“We are excited here is another Idaho event focusing on the great projects our state produces,” said Moya Dolsby, the commission’s executive director. “I look forward to exploring this new event in a couple weeks.”

Hurja, 44, is a relative newcomer to the Snake River Valley, but her wine background predates her career in the fitness industry and meeting her husband, Tim, a PGA golfer and employee of motivational speaker Tony Robbins.

She spent 20 years in the wine industry, mostly as a buyer, and worked four years with Regal Wine Co., owned by the the late Jess Jackson. Much of those two decades were in the highly competitive San Fernando Valley market. In 2011, she returned as a business manager for Woodriver Cellars in Eagle, Idaho.

“I was working at Indian Wells in golf fitness, and the father of the owner of Woodriver at the time, Mitch Buich, lived at Indian Wells. He asked me to fly up and take a look at his son’s winery,” she said. “Dave was insistent on me coming to Idaho and seeing for myself. The property – not the winery – was in foreclosure, and they were interested in the property.

“I started looking at it in August, and I would have had some skin in the game, but it didn’t work out,” she continued. “I gave my notice Dec. 13, and stayed on for another week. They were sourcing fruit in the Snake River Valley, and I wanted to stay here even though the deal fell apart because of the high quality of the fruit and the wines are very terroir driven.” 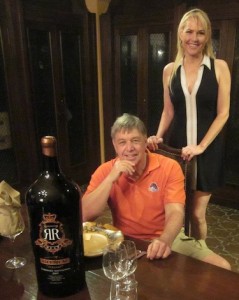 Within a few days of leaving Woodriver Cellars, she received a phone call from Ron Bitner, who has been growing wine grapes in Caldwell for more than 30 years. He’d recently opened a charming tasting room for his wines, and his wife, Mary, launched a B&B in the basement of their home overlooking the Sunnyslope of the Snake River Valley.

“They knew that I was going back to California but I wanted to come back, so I sat down in Ron and Mary Bitner’s living room, and we figured it out,” Hurja said. “I ended up living with them for a year, working in their tasting room and coaching the Bitners on how to sell their wine.”

The Bitners have been amazed at her ability to tell their story and sell their wines out of their tasting room and beyond.

Last winter, Hurja used her connections to introduce Bitner Vineyards wines to the Palm Springs area. The reception they received at Hideaway Golf Club in La Quinta stunned Bitner, who appeared at a winemaker dinner for club members.

“People loved our wines, and they couldn’t believe how inexpensive they are,” Bitner said. “Large bottles of our 2009 Cab were used as trophies, and they want us to come back.”

Hurja soon realized many of the same sales and distribution systems she was developing for Bitner Vineyards would work for other Snake River Valley wineries.

“There are a lot of misconception about the wine industry because people don’t understand what it takes to produce a bottle of wine,” Hurja said. “They don’t understand why they are so expensive, and I tell the customer the margins are actually pretty small. There’s not a big enough push by wineries to tell the ‘why.’ They need to tell the consumer what is so special and explain the costs. People don’t mind paying if they know what they are buying. You have to educate the consumer.”

Hurja also suggests that Idaho wineries form a co-op and buy as a group when they can, especially on items such as expensive oak barrels.

“They are leaving a lot of money on the table,” she said. “They need the co-op to get a better price. One French oak barrel can cost $1,000 to $1,500. The general public that doesn’t drink these wines just assumes the wines produced in this area are young and cheap. That’s not always the case.”

Distribution is another challenge that small wineries in Idaho face.

“It’s difficult for them to get their product to market because of their channel,” she said. “So many of them are mom-and-pop operations, and instead of delivering cases to a wine shop or a restaurant, they will get a call for a couple of bottles at a time. These people will often take the time away from their business to deliver these single bottles.” 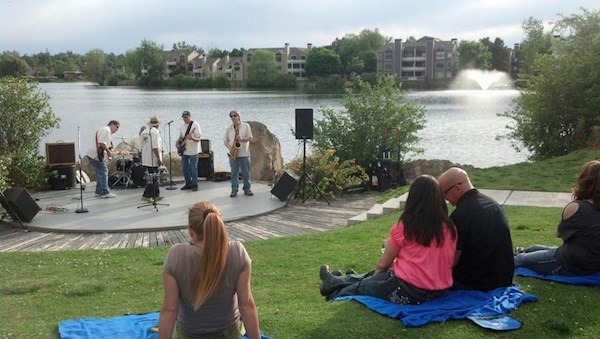 Music on the Water at The Waterfront is a 15-week summer series in Boise that features local wine, local food and local artists. (Photo courtesy of ThisIsBoise.com)

All of these are pieces of the Grow Local concept, and the Lake Harbor complex, owned by West Coast developer Jeffrey Lowden, serves is the pilot program. It features local wines, local artisans, local food items and musicians provided by the Idaho Songwriters Association.

“I’ve got a lot of support with the community stepping up for us and letting us use this as a platform,” Hurja said. “And the landlord has been very willing to work with us.”

One of her pet peeves comes from those who complain that Idaho wines are too sweet for the serious wine drinker.

“Some of most expensive, sought-after wines in the world are botrytis-affected Sauternes,” Hurja said. “They are beautifully complex, and they have tons of residual sugar.” 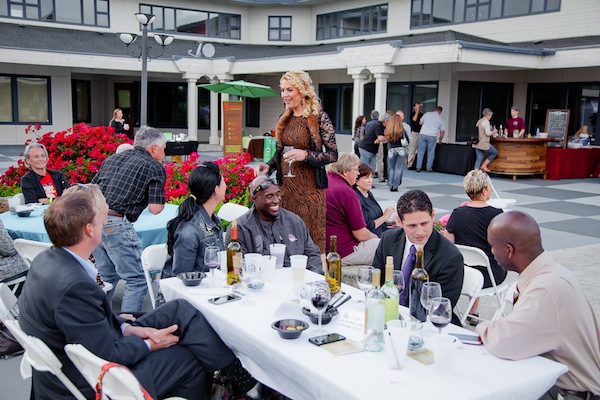 Mary Hurja created Music on the Water at The Waterfront, a 15-week summer series in Boise that features local wine, local food and local artists. (Photo courtesy of ThisIsBoise.com)

Later this fall, she and Tim will return to Palm Desert for the winter, where she’ll continue to help showcase Treasure Valley wineries such as Bitner Vineyards.

“It’s been stressful, and Tim many times has asked me, ‘Why are we doing this? Let’s go home,’ ” she said. “I’m not ready to pick up my marbles. If it was easy to get started in this business — which can be a lot of fun — then everyone would get into it.”