Oregon ranks No. 1 as wine-friendly state 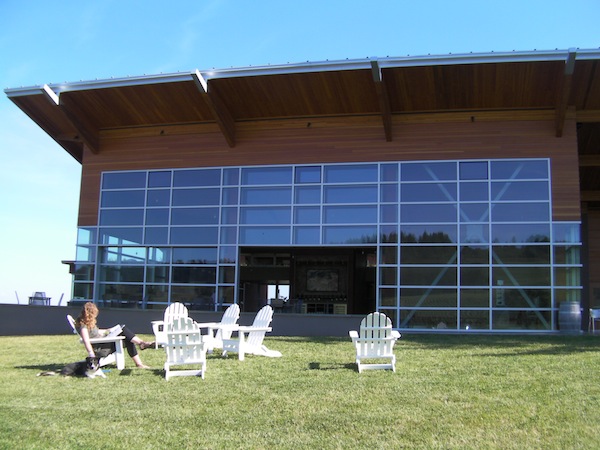 A report from a new organization gave Oregon a No. 1 ranking and awarded the state an A+ grade as friendliest to wine consumers, while Idaho was ranked No. 12 and Washington came in at No. 15.

There were 22 states that received a grade of D or worse from the organization launched earlier this summer. The group is based in Washington, D.C., and bills itself as “the only national advocacy group that works to advance the interests of America’s wine consumers.” Wine blogger Tom Wark serves as executive director of the American Wine Consumer Coalition.

“Oregon’s wine producers have worked hard in cooperation with the governor and the state Legislature to ensure that Oregon’s regulation of wine in the state is both responsible and supports our thriving wine industry,” Leigh Bartholomew, chair of the Oregon Wine Board, said in a news release.

The American Wine Consumer Coalition graded each state on categories such as direct shipments, ability to buy wine in a grocery store, sale of alcohol on Sunday, limited access because of state regulations, and the option of a diner bringing a bottle of previously purchased wine into a restaurant.

“Oregon possesses the most consumer friendly wine laws in the nation,” the report said.

There was no mention in the report regarding the recent passage of the Oregon Wine Growler bill. That new law permits wine shops, grocers, wine bars and restaurants to offer wine on tap and sell bulk wine to go — just as brewpubs and taverns sell beer in growlers.

Washington, the nation’s second-largest state in terms of wine production, got marked down on the report for its retailer-to-consumer shipping policy. However, that policy is not as restrictive as its report card indicates. Websites of Esquin Wine & Spirits in Seattle and Total Wine & More allow for the shipment of international wines to residents of Washington state.

Idaho was described in the AWCC report as “among the top ranked states for wine consumer friendliness, failing only by blocking consumers from bringing their own wine into dining establishments.”

However, a number of restaurants in the state welcome diners to bring wine from their own cellar. For example, the award-winning Red Feather Lounge in downtown Boise — just a few blocks from the state Capitol — has its corkage policy posted on its website. The acclaimed Cottonwood Grille also mentions “personal wines welcome” on its Open Table site.

Regardless of the grades, the Pacific Northwest ranks as perhaps the most wine-friendly region in the country. And according to the AWCC, there are much worse places to be a wine drinker.

“If you’re a wine consumer, it’s best to avoid living in states like Massachusetts, Pennsylvania, Indiana, Kentucky, and Delaware,” according to the report. Those states received an “F” for their laws regarding wine sales and consumption.

“Eighty years after the end of Prohibition, consumers in numerous states still live under archaic laws that disregard their interests,” said David White, president of the AWCC. “These laws harm consumers and enrich special-interest groups.”