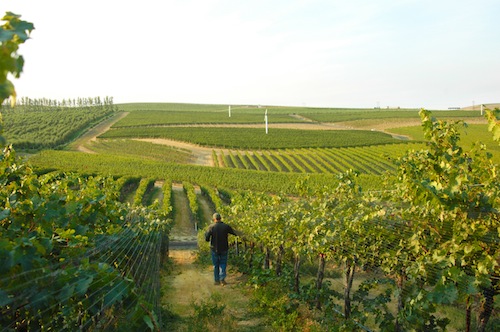 Pepper Bridge Vineyard is one of the top vineyards in the Walla Walla Valley. It was first planted in 1991 by Norm McKibben. (Photo courtesy of Pepper Bridge Winery)

WALLA WALLA, Wash. – It didn’t take long for Marty Clubb to figure out what a special place Pepper Bridge Vineyard was.

The owner and head winemaker for L’Ecole No. 41 in Lowden heard Norm McKibben was planting the vineyard in the spring of 1991 and quickly sought him out.

“Within a week of the vines going into the ground, I told Norm I would love to buy fruit from this new vineyard,” Clubb told Great Northwest Wine.

Alas, McKibben had already sold all the future grapes to such powerhouses as Leonetti Cellar, Woodward Canyon Winery and Andrew Will Winery.

“Well, can you put me on the waiting list?” Clubb asked.

A year later, Clubb was snooping around the vineyard and saw some grapes were developing. Knowing most winemakers don’t want fruit from just the second year of a vineyard’s life, he asked McKibben if they were spoken for. They weren’t. In fact, McKibben was going to remove them and drop them on the ground. So Clubb took them all – enough for one barrel. The wine turned out well, and he gave 12 cases to McKibben.

“All of a sudden, I had an acre of Cabernet Sauvignon and an acre of Merlot,” Clubb said with a sly grin. “I wormed my way into the vineyard.”

And he’s been using the grapes ever since. In fact, one of his high-end blends, called Apogee, has been made with Pepper Bridge grapes since 1993. 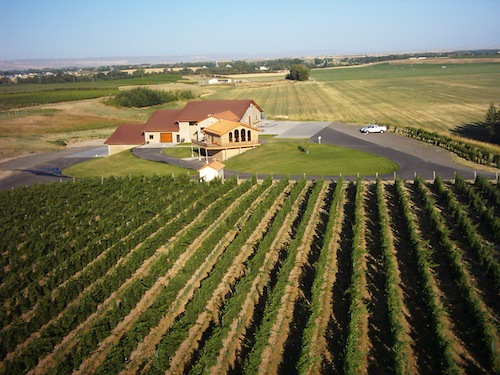 McKibben, 78, grew up in Sheridan, Ore., and graduated from Oregon State University. He was president of a construction company for many years. It was fun, but the travel was tough on him and his family, so he retired early in 1985 and settled in Walla Walla, where he had lived in the early ’70s. 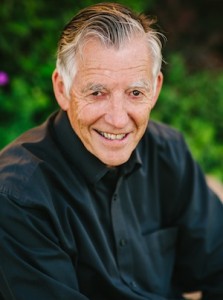 In 1987, he met Mike Hogue, who had started Hogue Cellars in the Yakima Valley and became a “silent but active partner” in the winery until it was sold to Vincor in 2001 and later to Constellation Brands.

After getting the wine bug from Hogue, McKibben decided to grow wine grapes, so he planted a vineyard on a wheat field he owned between the towns of Waitsburg and Dayton, Wash., north of Walla Walla.

“It was a disaster,” he said. “We tore it out after nine years. I learned you don’t plant a vineyard just because you own property.”

He then became involved in a local investment group that planted Canoe Ridge Vineyard in the Horse Heaven Hills and later built the winery in downtown Walla Walla.

In 1989, he and his partners planted apples at Pepper Bridge, which is a quarter-mile north of the Oregon border. In 1991, he planted 5 acres of Cabernet Sauvignon and 5 acres of Merlot, the grapes that attracted Clubb. It has been managed by Tom Waliser since the vines went into the soil.

In 1994, McKibben bought Seven Hills Vineyard, less than 10 miles south of Pepper Bridge on the Oregon side of the Walla Walla Valley. He expanded the 20-acre vineyard to more than 200 acres, partnering with Clubb and Gary Figgins of Leonetti Cellar.

In 1998, McKibben launched Pepper Bridge Winery – with Mike Hogue as his silent partner. It was winery No. 18 in the Walla Walla Valley. Today, the valley has about 130 wineries. He also owns Amavi Cellars. Together, the two wineries use between 60 and 65 tons of grapes from Pepper Bridge each year.

Pepper Bridge has since expanded to 200 acres of grapes, and while McKibben owns much of the ground beneath the vineyard, he has since sold Pepper Bridge Vineyard to an investment group.

McKibben also owns Les Collines Vineyard, which is five miles to the east of Pepper Bridge in the foothills of the Blue Mountains, where it receives 24 inches of rain – twice as much as Pepper Bridge and nearly three times as much as Seven Hills. It is managed by McKibben’s son, Shane.

Many wineries use grapes from Pepper Bridge Vineyard 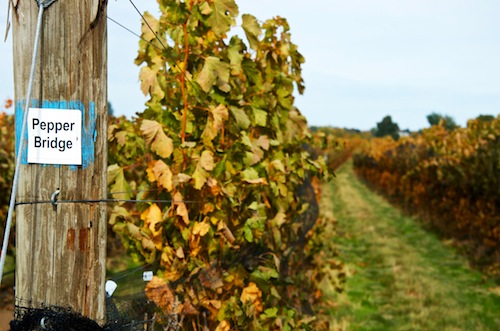 Today, about 30 wineries use grapes from Pepper Bridge Vineyard, and many make vineyard-designated bottlings – a nod to the vineyard’s quality and acclaim.

Pepper Bridge sits at about 850 feet in elevation, much lower than Seven Hills, which is above 1,000 feet. Pepper Bridge’s soil is lake bed sediment. This is a legacy of Glacial Lake Lewis, a temporary lake that formed more than 12,000 years ago during the Ice Age floods. It’s a sandy soil that is different than the higher-elevation Seven Hills, which tends to be wind-blown loess.

The difference between the two vineyards is stark, both McKibben and Clubb say. McKibben describes Pepper Bridge Cabernet Sauvignon as big and muscular, while Seven Hills tends to be more floral and elegant.

“That gives you that dark fruit with more leather and tobacco tones in the wine,” Clubb said. “It has substantial structure, more like classic Bordeaux.”

This results in wines that are a bit tighter in their youth, he said, using his Apogee blend as an example.

“They take a little more age to come around,” he said. “And when they do, you get beautiful integration.”