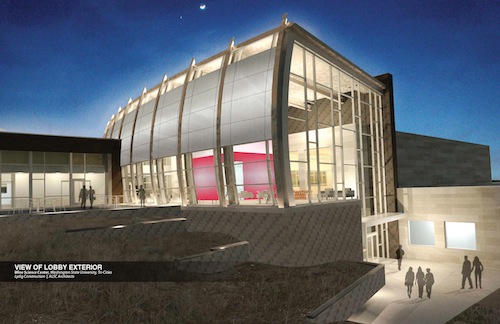 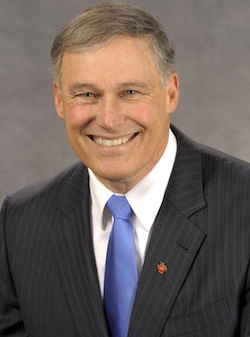 The groundbreaking ceremony will take place at 10 a.m. Sept. 26 at the campus in north Richland. Then the team of Lydig Construction and ALSC Architects in Spokane will get to work on the building, which is expected to be finished in early 2015.

The Wine Science Center could not be built by WSU because of a long list of projects on the university’s priority list. Thus, the city, the Port of Benton and the Tri-Cities Research District came up with the plan to build the center and donate it to the university after it is complete.

The building will be nearly 40,000 square feet in size and will include research labs, classrooms, conference space and a gravity-flow winery. It will be operated under the direction of Thomas Henick-Kling, who joined WSU in 2009 as the director of viticulture and enology. The program has more than 30 faculty members in Richland, Prosser and Pullman.

The university’s involvement in the Washington wine industry dates to 1937, when Walter Clore came to its research station in the Yakima Valley town of Prosser. Between then and his retirement in 1976, Clore encouraged farmers in Eastern Washington to plant wine grapes. After retiring, he became a consultant for the wine industry, particularly Chateau Ste. Michelle. 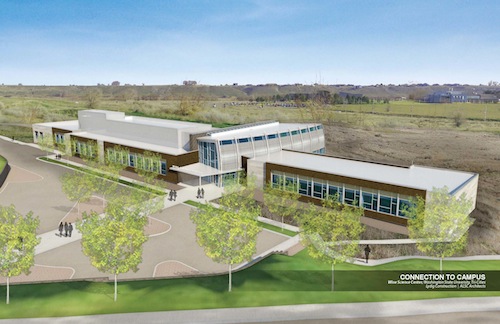 The Washington wine industry helped kick-start the Wine Science Center fundraising effort by pledging $7.4 million in 2011. Now, more than $10 million has been added in cash and in-kind donations, including $5 million from the state Legislature in 2012.

The fundraising drive has been chaired by Ted Baseler, CEO of Ste. Michelle Wine Estates and a WSU graduate and regent.

Richland is in the heart of the Columbia Valley and is expected to be central to wine industry research, development and education. The Washington wine industry contributes $9 billion annually to the state’s bottom line, a figure expected to more than double by 2020.

In Benton County, where the Wine Science Center is being built, the wine industry is home to such large producers as Columbia Crest, Chateau Ste. Michelle’s Canoe Ridge facility, Hogue Cellars, Pacific Rim Winemakers, Hedges Family Estate, Barnard Griffin and Kiona Vineyards and Winery. It contributes $1 billion to the county’s economy annually and is responsible for 5,200 jobs and $43 million in state and local taxes.