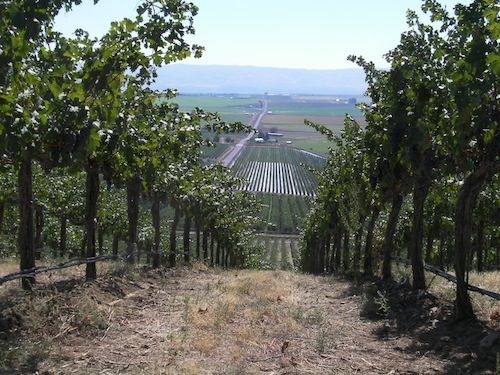 Stillwater Creek Vineyard is in the Frenchman Hills above the Columbia Basin town of Royal City, Wash. (Photo by Eric Degerman/Great Northwest Wine)

Here above the small farming community of Royal City is Stillwater Creek, a vineyard first planted in 2000. It quickly gained acclaim from many of the state’s top winemakers and today sells grapes to nearly 40 producers.

Mike Januik, the longtime Washington winemaker who headed Chateau Ste. Michelle before leaving in 1999 to launch his eponymous winery, was instrumental in helping the Alberg family decide to plant wine grapes where only sagebrush once grew. The 268 acres of land was purchased by Tom Alberg Sr. in 1968, but the land wasn’t developed until his son Tom Jr. met Januik, who evaluated the site, studied historical weather data and consulted fellow winemakers.

After the vineyard planting began, the relationship between Januik and Alberg grew, and today they share a winemaking and tasting room facility not far from Chateau Ste. Michelle, where Januik makes the wine for both brands.

Today, there are 210 acres of wine grapes planted at Stillwater Creek Vineyard, 80 percent of which are red varieties. The site is managed by Ed Kelly, a 30-year veteran of the California wine industry, having managed vineyards in Napa Valley and Sonoma County. He arrived in 2011. 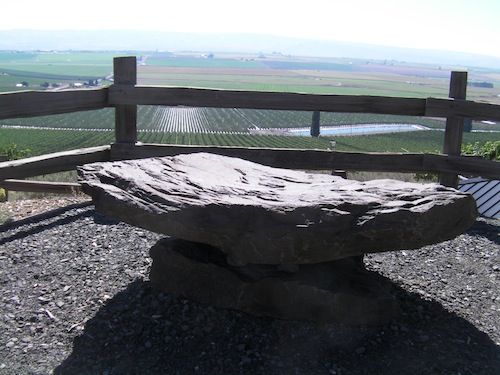 A pavilion at the top of Stillwater Creek Vineyard looks down from the Frenchman Hills toward the north side of the Saddle Mountains in Washington’s Columbia Valley. (Photo by Eric Degerman/Great Northwest Wine)

Stillwater Creek Vineyard is in an area called the Frenchman Hills, about a 30-minute drive north of the Wahluke Slope, which is one of the warmest areas in the Columbia Valley. However, Stillwater Creek Vineyard is a cooler site, partly because of its higher elevation (1,200 to 1,500 feet). It also does not easily frost, and the soils at the top of the vineyard were not affected by the Ice Age floods that ravaged much of Eastern Washington some 12,000 years ago.

Winemakers love Stillwater Creek Vineyard because of that slightly cooler aspect, which allows them to hang grapes longer without accumulating excessive sugar (and, thus, higher alcohols) while still managing to retain all-important acidity.

The Frenchman Hills is now home to a handful of vineyards, most of which have been planted since Stillwater Creek Vineyard has proven to be so successful. This has led Januik and the Alberg family to start thinking about applying for American Viticultural Area status from the federal government. This can be a three- to four-year process.

“This area deserves its own AVA as much as any other AVA in the state,” Januik told Great Northwest Wine. “It would be hard for anyone to argue against that point. In fact, Stillwater Creek Vineyard is in the beginning discussions with some of the other grape growers around here about beginning the work that is necessary to get an AVA established.”