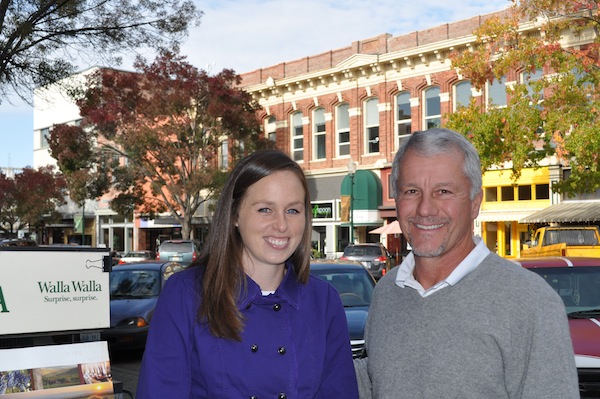 WALLA WALLA, Wash. — Heather Bradshaw’s first job out of college introduced her to Washington wine country, and the second job of her second career has brought her back deeply into the industry.

Bradshaw, 28, a former TV news producer, is settling into her first week as communications and marketing manager for the non-profit Walla Walla Valley Wine Alliance.

“I love the wine industry. I love the camaraderie,” Bradshaw told Great Northwest Wine. “ I love working in communications and using marketing to bring exposure to a region.”

She resigned a her position in communications and marketing with California giant Jackson Family Wines to accept a job that took the Walla Walla Valley Wine Alliance and its executive director, Duane Wollmuth, four months to fill. Bradshaw’s role is to work with consumers, media and trade.

“It is great to have her on board,” he said. “Heather brings a great deal of media and marketing experience to her new position, and I believe will be a great asset to both our organization and our valley’s wine and hospitality industries.”

She grew up in Vancouver – not the cradle of Washington’s wine industry – but she became immersed in it after graduating with a journalism degree from the University of Washington in 2006. Her career in broadcasting began as Heather Reese, working at the CBS affiliate in Yakima and producing the evening news.

“We’d go tasting around the Yakima Valley and take trips to the Tri-Cities,” Bradshaw said.

The next step in her career led her to Seattle where she coordinated online coverage for KOMO-TV.

“In 2009, when I was living in Seattle, we went to Walla Walla for the Holiday Barrel Tasting Weekend, and it was really fun.

“I probably shouldn’t name any specific wineries,” Bradshaw chuckled, “but we tasted some special wines. It was an eye-opening experience.”

And it inspired a desire to work in the wine industry. She moved to Sonoma County for a job with the wine giant launched by the late Jess Jackson. Bradshaw’s work involved communications and marketing of Jackson Family brands via media coverage and events coordinating.

“I saw the job, and it felt like the right opportunity,” she said. “I gained so much knowledge working for Jackson Family Wines. It was a great experience.” 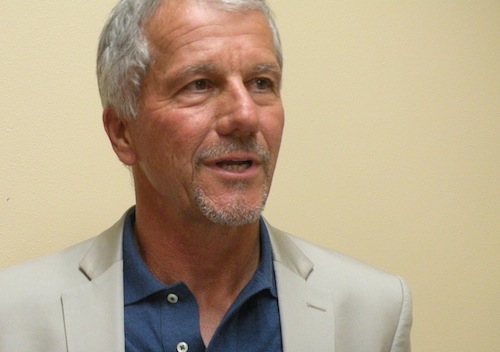 Wollmuth was hired by the alliance in 2011. This past June, he successfully launched Celebrate Walla Walla, a new three-day consumer event that brings in winemakers and media from California and Europe while showcasing local wine and Walla Walla’s growing culinary scene.

“I believe so much in Washington wine, and I believe in Walla Walla,” Bradshaw said. “I’m thrilled about the opportunity to be a part of an industry where the quality is so high.”

Bradshaw replaces Shontina Gianotti-Coers, who left in June, and she’ll soon begin working on promoting next year’s Celebrate and the 30th anniversary of the Walla Walla Valley American Viticultural Area.

“I’m really looking forward to being a part of the community,” Bradshaw said. “I love the downtown. The restaurants are fantastic. There’s the scenery, and the people are so friendly.”