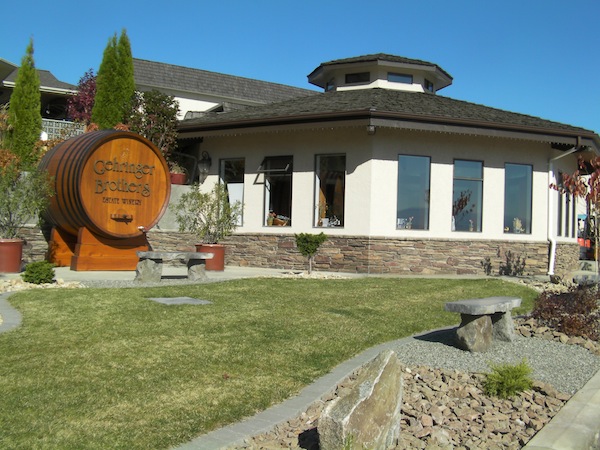 “I can be optimistic now that 80 percent of it is in the tank — and unless we get a hail storm between now and when we pick next week,” Gehringer said with a chuckle Thursday from Gehringer Brothers Estate Winery in Oliver. “But no, it’s all come together.”

Gehringer, who makes wine along the Golden Mile with his brother, Gordon, said he won’t soon forget the 2013 vintage, which held historic promise before rain and hail led to various forms of damage.

“It’s been a bit of a roller coaster ride,” he told Great Northwest Wine. “We started out with a real early spring, which meant that we would be having a long enough season to mature our grapes. That means the anxiety as the farmer has subsided knowing you’ll ripen your crop.

“Then instead of a mediocre summer we had a stellar summer, and it was shaping up to be just a fabulous vintage, only then in September to end up with excessive rain during veraison,” Gehringer continued. “The Burgundy varieties, especially the Pinots, just absorbed way too much water. The berries split and the inside stem structure was exposed. Flies were then an issue, and then that turns into vinegar — sour rot. Some areas at that point really got inundated with wasps and they really destroyed things, as well.”

But it was the hailstorm, which cost him perhaps as much as 20 percent of this crop, that’s he’ll long remember.

“Hail like we’d never seen before — the worst in 27 years that we’ve been here,” he said. “It was 17 millimeters of rain in 10 minutes, mixed with pea-sized hail and a lot of wind. It actually shredded the leaves. It took chunks out of the leaves, so the herbicide strip under the vines, which is sort of a tan color, was confetti green. It was unbelievable.”

Gehringer brothers, however, rank as one of the region’s most talented winemaking teams. In last year’s Platinum Competition of the Pacific Northwest’s gold-medal winning wines, Gehringer produced seven Platinums. It gave the southern Okanagan Valley winery 32 Platinums — the most in the competition’s 14-year history.

“Overall, though, I still think it’s going to be a good vintage because we were really well prepared,” Gehringer said. “Depending up on the site and the air drainage, it was not so bad. We did some select picking, and the vintage was up, so even with the select picking it was similar to the last three vintages.”

Production at Gehringer will continue to hold at 25,000 cases with a lineup of 22 wines, he said. 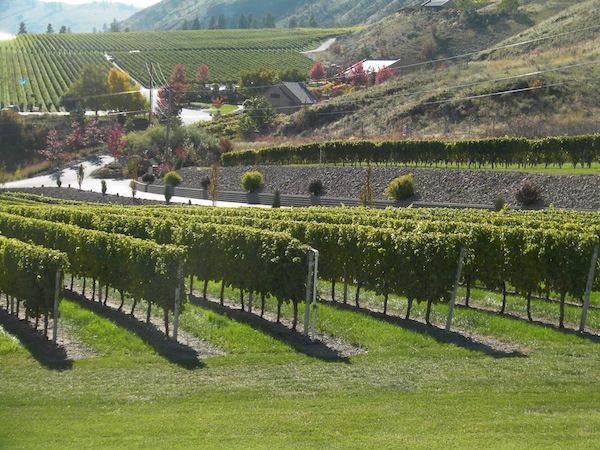 “We’re used to a little bit lower crop,” he said. “I’ve got nothing negative to report at this point. The Merlot we brought in was stellar. The Cab Franc and Cab Sauv are still hanging. The last of the whites — the Riesling — have come in. The ice wines are still hanging.”

One grower on the Naramata Bench near Penticton reportedly lost a ton of grapes in one day to a foraging bruin. Northern parts of the province have reported some bears have entered hibernation already, Gehringer said, perhaps an indication that cooler temperatures are just around the corner.

“We’re hoping for a normal ice-wine picking period, which would be around the 20th of November,” Gehringer said. “That would be stellar. The last few years have seen harvest in January, which is a little trying, late and means less fruit is hanging.”

In 2009, Gehringer told Wine Press Northwest that after years of doubting, he is convinced of global climate change. He seems more assured than ever after this summer.

“The rest of the world has experienced some real wild weather patterns, but our West Coast has still done fairly well,” he said. “I’m just hoping it doesn’t get any worse than what we’re experiencing.”