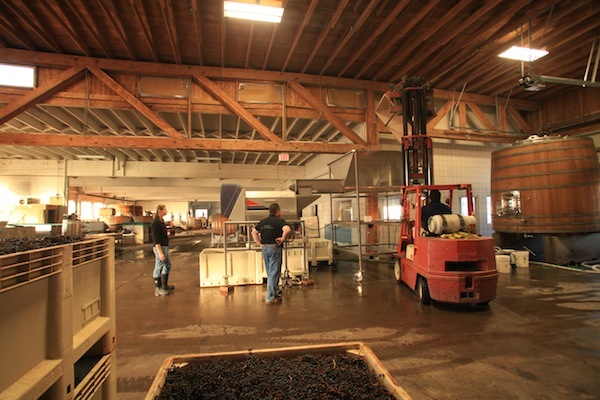 ROSEBURG, Ore. — Scott Kelley and Dyson DeMara have spent much of their careers working at some of the world’s most recognizable wineries, and their friendship now has them making wine together in Southern Oregon. 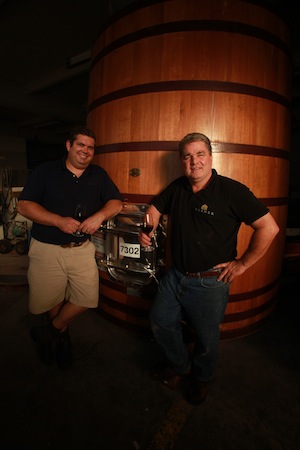 This fall, they launched Paul O’Brien Winery in downtown Roseburg, and branding their new custom-crush project came naturally — a blend of their middle names, starting with DeMara’s.

“The relationship began at Robert Mondavi Winery in 1999, and we have been friends ever since,” Kelley told Great Northwest Wine.

Paul O’Brien Winery is billed as the Umpqua Valley’s first urban winery, and production began last month with crush at the former Hansen Chevrolet building. They plan to open up the doors to their tasting room, restaurant and market next spring.

“We’re using Old World and New World technologies to make wines that are tailored to our customers’ stylistic goals,” DeMara said in a news release. “Our hope is that locals and tourists can have a place downtown to taste wine and really experience wine and food culture.”

DeMara said he will continue to own and operate nearby historic HillCrest Winery and Distillery, the state’s oldest estate winery which he purchased in 2003 from the late Richard Sommer.

DeMara is into his fourth decade as a winemaker, a background that includes famed Pine Ridge Vineyards as well as viticulture, research and marketing in Asia, Europe and South America. He continues to make wine in France, Germany and Spain, in addition to the 1,400 cases he produces at HillCrest.

He indicated that Kelley will be handling a majority of the day-to-day duties at Paul O’Brien. 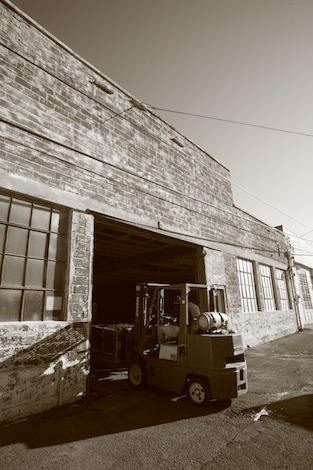 Kelley graduated from University of California-Davis then began making wine at Edgewood Estate in the Napa Valley.

In 1999, Kelley joined the Robert Mondavi team as assistant winemaker at La Famiglia di Robert Mondavi and took over as director of winemaking two years later. In 2003, his role expanded to include the Mondavi family interests in Italy — working with the wines of Luce, Lucente and Ornellaia in collaboration with Marchesi de’ Frescobaldi — as well as in Australia on a joint venture with Rosemount Estates.

In 2007, Kelley took over as director of winemaking for Estancia Estates in Acampo, Calif. His focus there was Pinot Noir and Chardonnay, and this new project removes him from his native Monterey County.

“We’re excited to see the manifestation of our vision for an urban winery in Roseburg,” Kelley said. “Paul O’Brien Winery will be the gateway to the Umpqua Valley and provide a unique opportunity for tourists and local wine lovers alike to experience the region.”