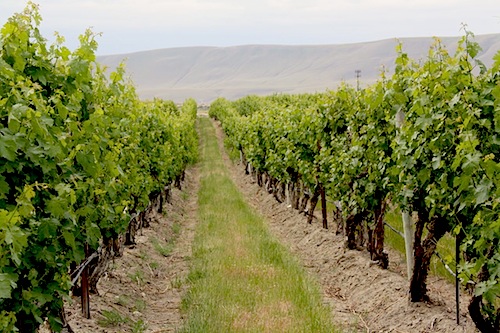 RED MOUNTAIN, Wash. – One of California’s most high-profile wineries is coming to Washington.

Duckhorn, a famous Napa Valley winery that focuses on Merlot, will launch a Cabernet Sauvignon-focused winery using Red Mountain grapes. Carol Reber, chief marketing and business development officer for Duckhorn, said it will release its first wine, a red wine from the 2012 vintage, around Labor Day 2014.

“We are a little less than a year away from our inaugural release,” she told Great Northwest Wine. “(Red Mountain) is the next great frontier for luxury Cabernet.”

Duckhorn started in 1976 in Napa Valley 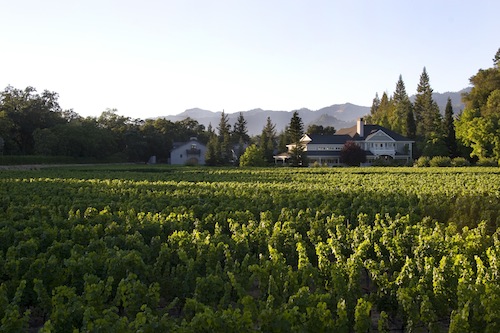 Duckhorn is based in St. Helena, Calif., and was launched in 1976 by Dan and Margaret Duckhorn. They chose to focus on Merlot in a region known for Cabernet Sauvignon, and they found quick success. The winery also produces Cabernet Sauvignon, Cabernet Franc, Petit Verdot, Sauvignon Blanc and Semillon.

In 1994, Duckhorn launched Paraduxx with a focus on Napa Valley blends. It has since opened a separate winemaking facility on the Silverado Trail in the Yountville American Viticultural Area. Two years later, the winery created Goldeneye, a winery focused on Pinot Noir from the Anderson Valley in Mendocino County. In 2001, the company launched Migration, another brand focusing on Pinot Noir and Chardonnay from the Anderson Valley. Duckhorn also owns Decoy, a line of value-priced wines.

The yet-to-be-named Red Mountain winery will be Duckhorn’s first venture outside of Northern California.

“Our roots will always be Napa Valley – that’s critical to our success,” Reber said. “But we like to explore new regions. There’s no question that the wines in Washington are spectacular. We are particularly intrigued by the Cabs from Red Mountain.”

Duckhorn Red Mountain Cab being made in Walla Walla 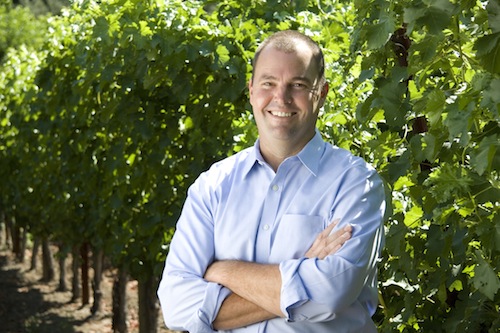 Bill Nancarrow is vice president and executive winemaker for Duckhorn in St. Helena, Calif. He is overseeing winemaking for the winery’s yet-to-be-named Red Mountain brand. (Photo courtesy of Duckhorn)

The first wine will use grapes from four Red Mountain vineyards: Klipsun, Shaw, Quintessence and Ambassador. The wine is being made at Artifex, a custom-crush facility in Walla Walla. Bill Nancarrow, vice president and executive winemaker, has been flying to Washington regularly to make harvesting decisions and oversee the wines.

Reber said the company, which now is owned by private equity firm GI Partners, would like to purchase land on Red Mountain to plant an estate vineyard and perhaps build a tasting room or winemaking facility.

“All of that is a possibility,” she said. “But nothing is imminent. We like to have a stake in the dirt in everything we do. We feel that’s an important part of the wine and the brand.”

Nearly 520 acres of land on Red Mountain – divided into 22 parcels – are being auctioned by the Kennewick Irrigation District on Nov. 23.

Reber said everyone the Duckhorn team has met in Washington has been extremely helpful, from winemakers to the Washington State Wine Commission.

“The reception has been just really unbelievable, really incredible,” she said.

Charlie Hoppes, owner and winemaker at Fidelitas Wines on Red Mountain, is pleased to see a winery with the reputation of Duckhorn come to Red Mountain.

“I think it’s great that they want to come,” he said. “They only add credibility to the reputation of Red Mountain. When you have a premier winemaking company out of Napa coming here, it confirms what we’ve seen all along. It only enhances the reputation.”

Steve Warner, executive director of the Washington State Wine Commission, could not be more pleased.

“It’s another indication that the world is realizing what an awesome wine-producing region we have,” he said. “We’re excited.”

“That’s a company creating a relationship,” she said. “They really fell in love with everything they tasted from Red Mountain. They’re just captivated by what they found here.”